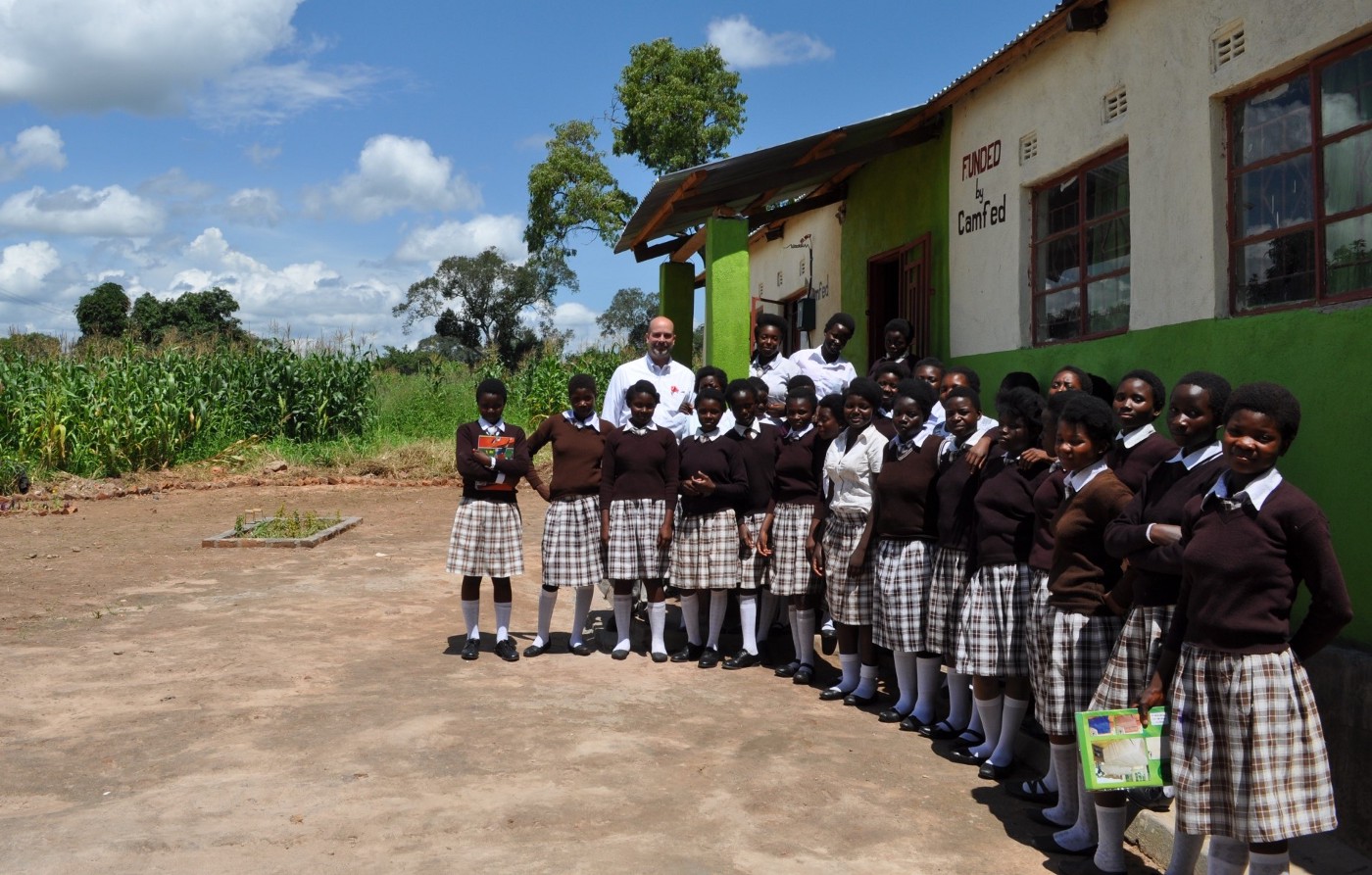 Together with a rural community, we built a school dorm to keep girls safe

Three years ago, I was traveling through Zambia taking photos and listening to the stories of girls whose education was supported by Camfed.

One of our stops was in the remote, far northeast part of the country in a small village in Chinsali District. It was there at the secondary school where I met a group of courageous girls who were so committed to their education they would set out daily in the pre-dawn hours to walk great distances to get to class on time. They would brave the dark and all its dangers. They would arrive to class tired and hungry, but ready to learn.

While at the school, we were shown a modest brick block, where one room was being used as a make-shift dorm by four girls. To save their long walks to class, the girls slept on the concrete floor throughout the school week, with nothing but sheets as bedding. It was heart-breaking.

I sent an email to a few friends, asking to pool resources for some mattresses. The next day I stopped to hand over to the Head Teacher enough money to purchase two bunk beds, along with four mattresses and bedding. A month later, I received an update that the two beds were accommodating eight girls. All of them as dedicated to each other’s education as to their own, the girls were doubling up and sharing the mattresses to help even more. This compelled my friends and me to want to do more. So we asked Camfed and the Head Teacher, “Can we fundraise for Camfed to build a dorm?”

After 18 months of home receptions, personal appeals through emails and social media, classroom campaigns at local schools, and one-on-one conversations with friends and contacts, this group of friends received photos of the new dormitory building. In addition to the money our group raised, the students and local community made all the bricks. 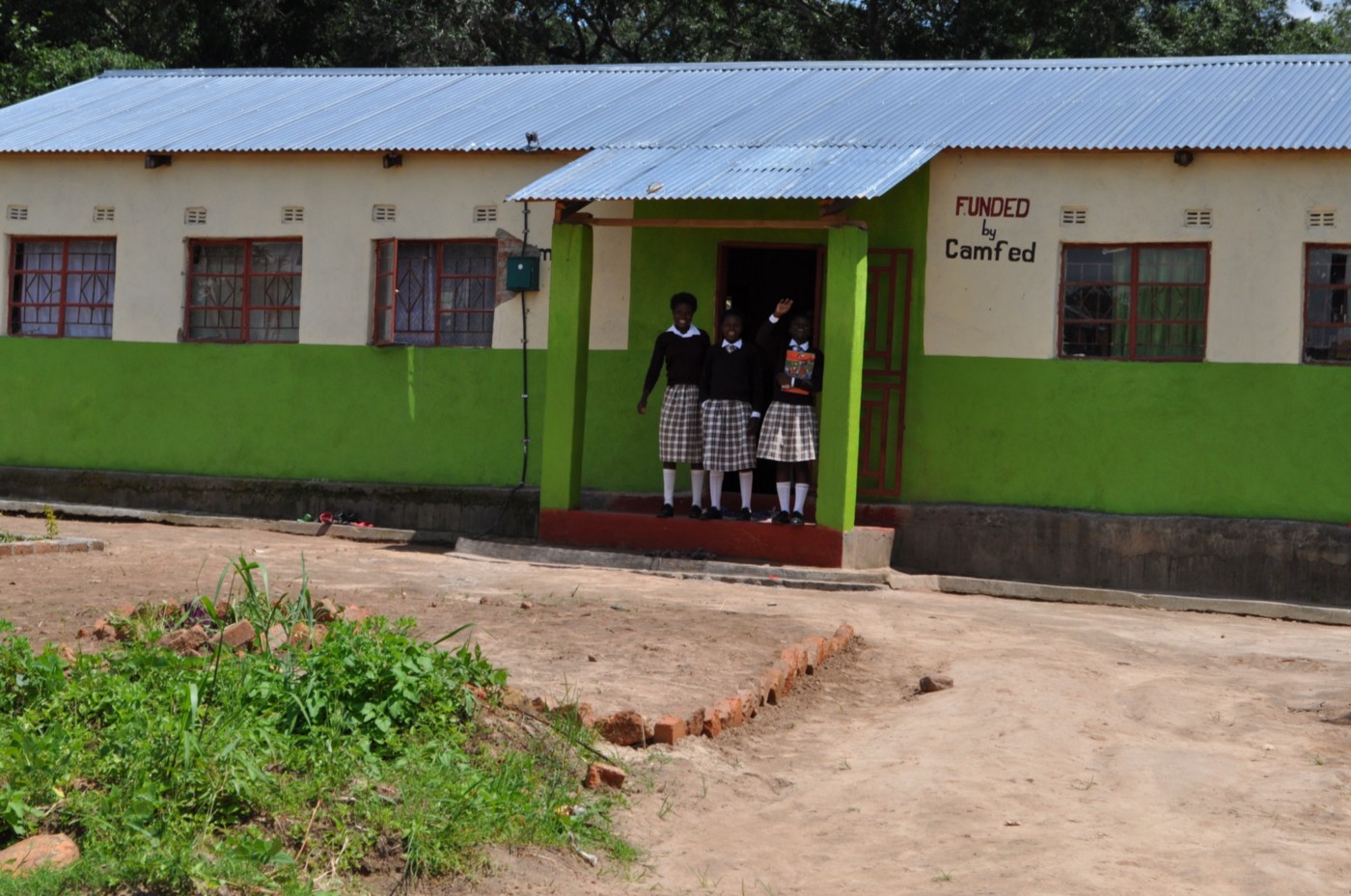 The dormitory building is beautiful and bright. It stands out among the other school structures, elevated just slightly above a garden patch

In March, I had the privilege of returning to Chinsali on a Saturday morning to see many of the girls and their new dorm. After several hours hearing from parents, teachers, city officials and the girls about the impact the dormitory had on school attendance, performance, and girls’ dreams, I helped cut the ribbon to the new building. Five small hands wrapped around mine as the scissors did their work. 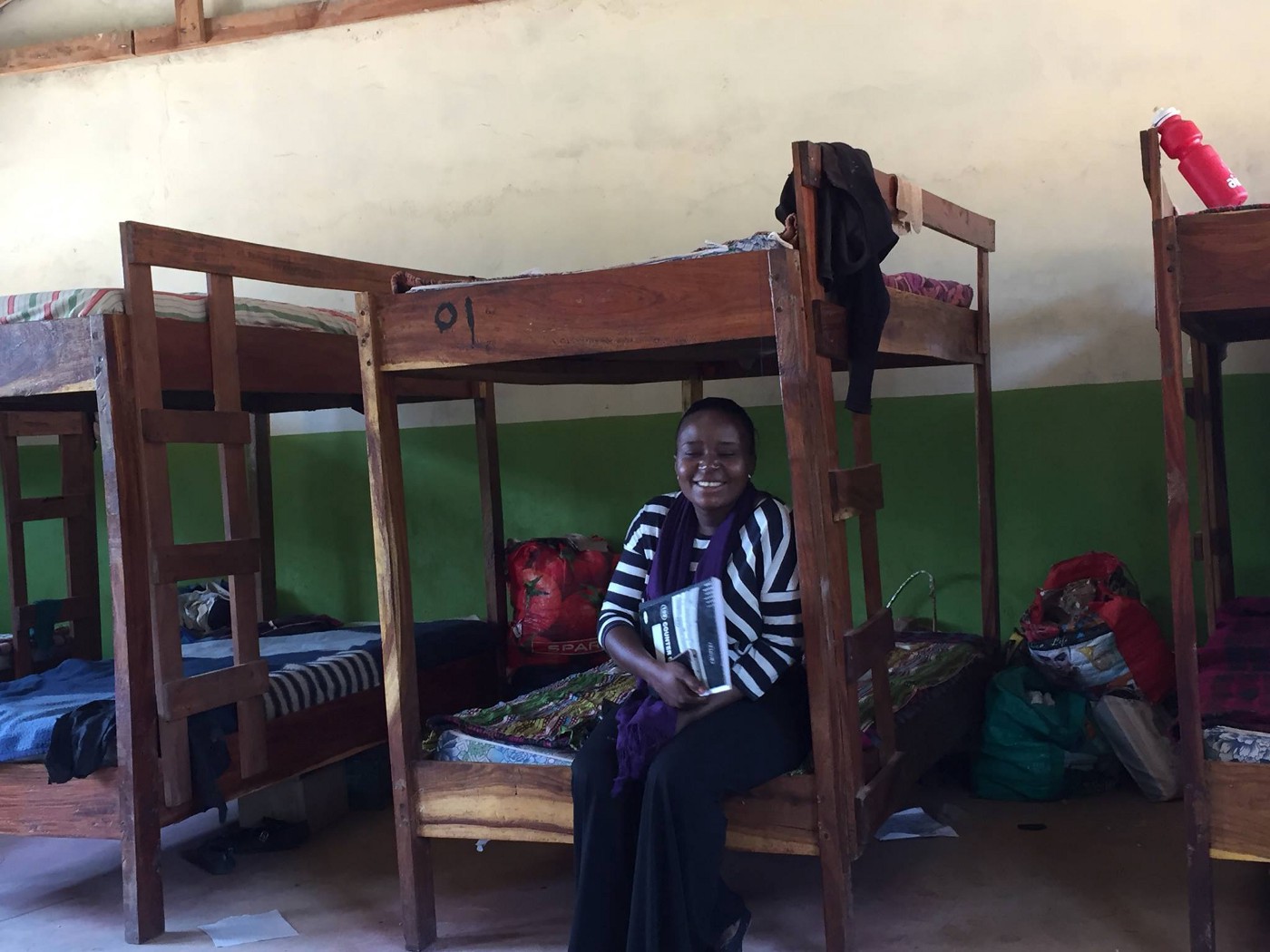 A Camfed Zambia staff member in the new dorm.

The dormitory building is beautiful and bright. It stands out among the other school structures, elevated just slightly above a garden patch. It is saving a cumulative of more than 800 kilometers (500 miles, like San Francisco to San Diego) in walking distance to school and back (yes, the girls and I calculated it). The inside is warm and tidy.

Bunk beds are lined up, and the mattresses are covered in colorful blankets. School books are stacked neatly at every bedside.

Camfed’s Regional Executive Director, Angeline Murimirwa, had a chance to visit the dormitory shortly after its completion. She was extremely excited to report back that in addition to the bricks and labor offered by the local community, they had also built a new toilet block just for the dormitory. 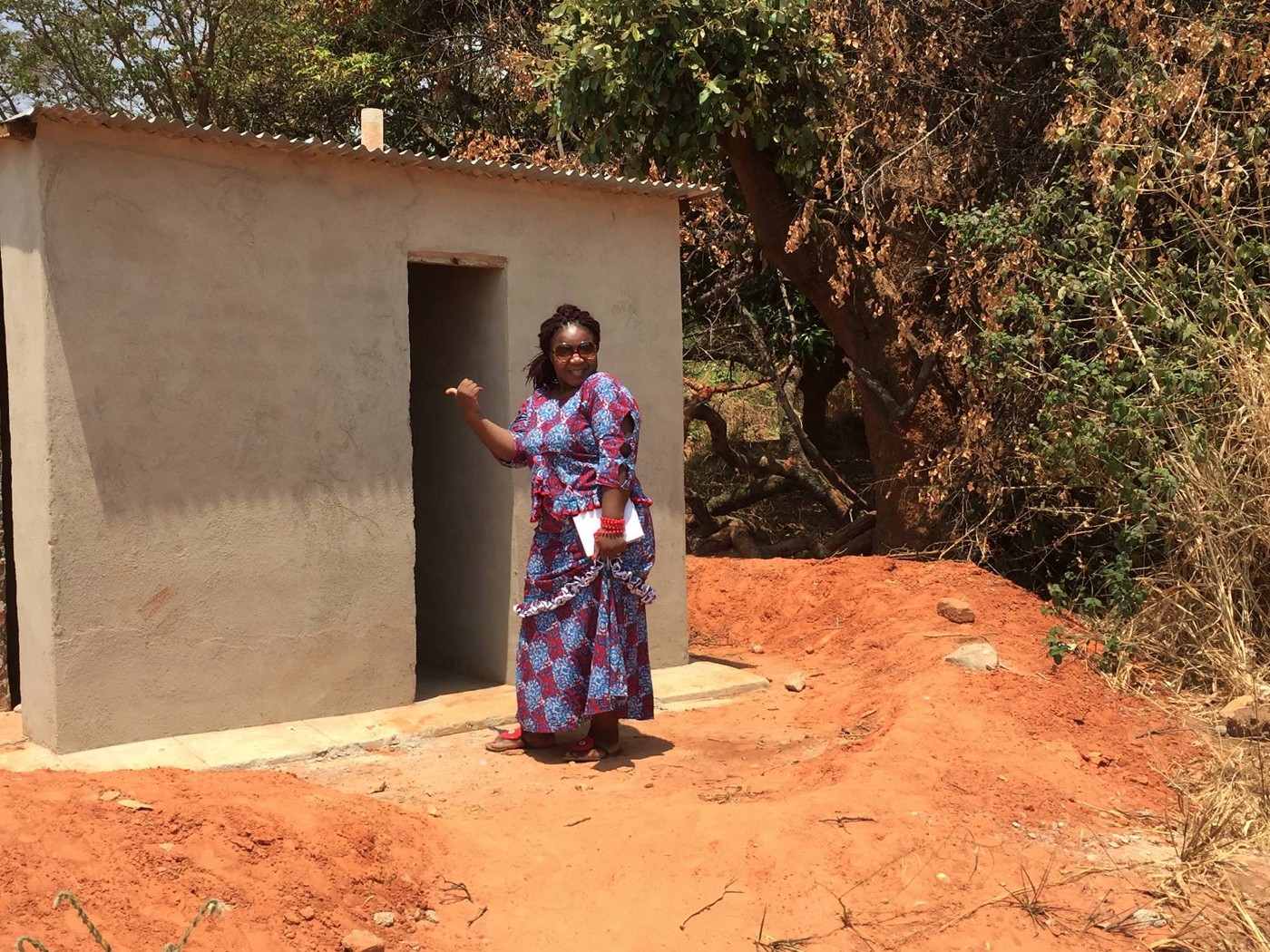 Angeline at the new toilet block built by the community for the girls’ dormitory.

In a social media post Angeline wrote, “This is more than just a toilet, it is a symbol of selflessness, sacrifice and unity. A very rural and struggling community in Zambia came together and built this at a school for their girls… for their privacy and most importantly to remove a barrier that could have interfered with their education! It is this simple but sophisticated intelligence that spurs me on and reminds me what a very beautiful side this world has!”

As I walked through the dorm, I reflected on the original small room I saw three years earlier, where four girls had huddled on a concrete floor with only bed sheets. It was a special experience to see more girls now being spared the long, dangerous walks to school — safe and sound in a dormitory with facilities built just for them.

After our visit, we loaded into the car for the drive back to Lusaka. I asked my friend Albert, “So, how many girls are now staying in the dorm?” The building was designed to accommodate 20 girls. Albert replied, “There are 40.”

They are still looking out for each other.

Girls in rural Africa face many barriers to attending secondary school, but poverty is the largest barrier. Camfed partners with communities as stakeholders in girls’ education, and when we match their rich resources — including love and labor — with financial resources, extraordinary things happen. Get involved — support our work, make a gift today, and watch your donation multiply. 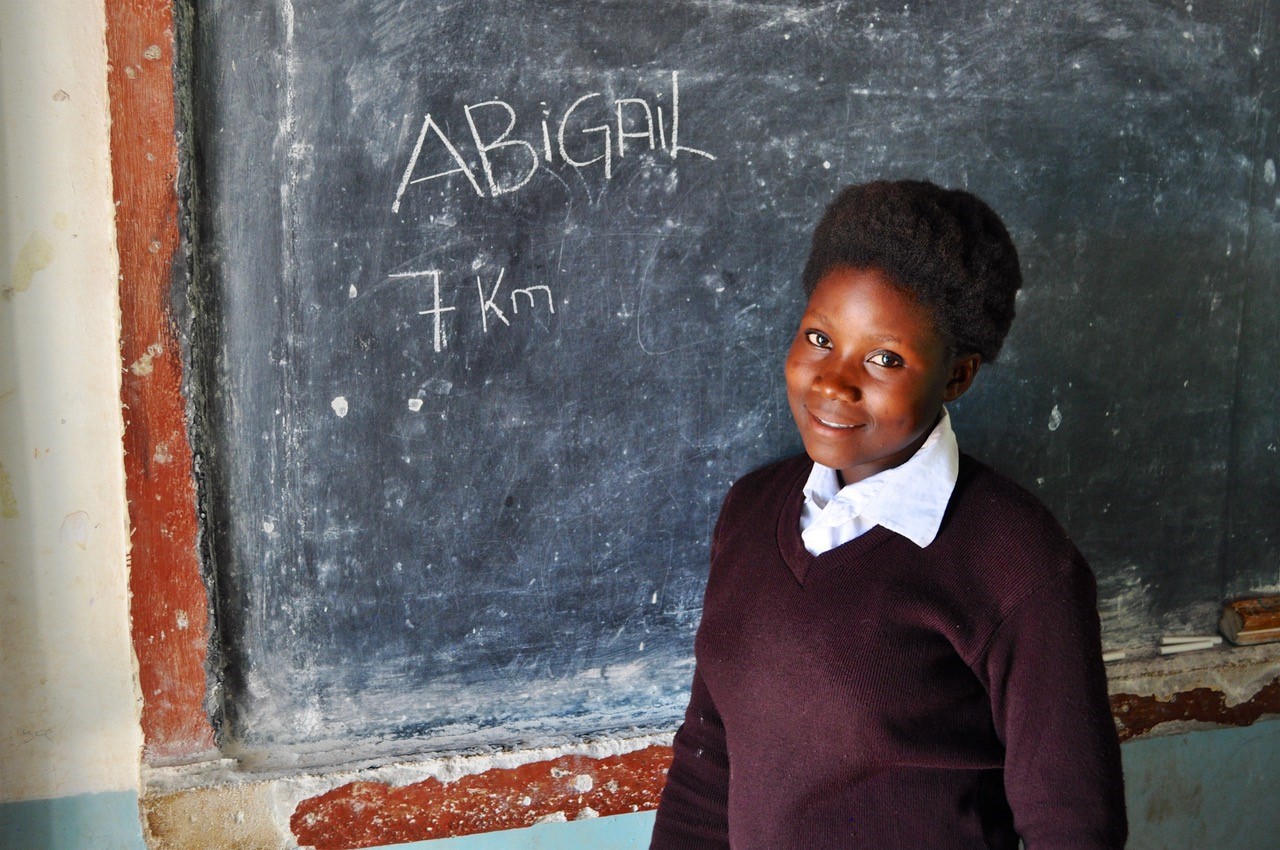 Abigail walked 7 km — more than an hour — to school each day. When I met her again after the dorm was built she said, “I’m thankful for the building. It saved me from leaving school.” 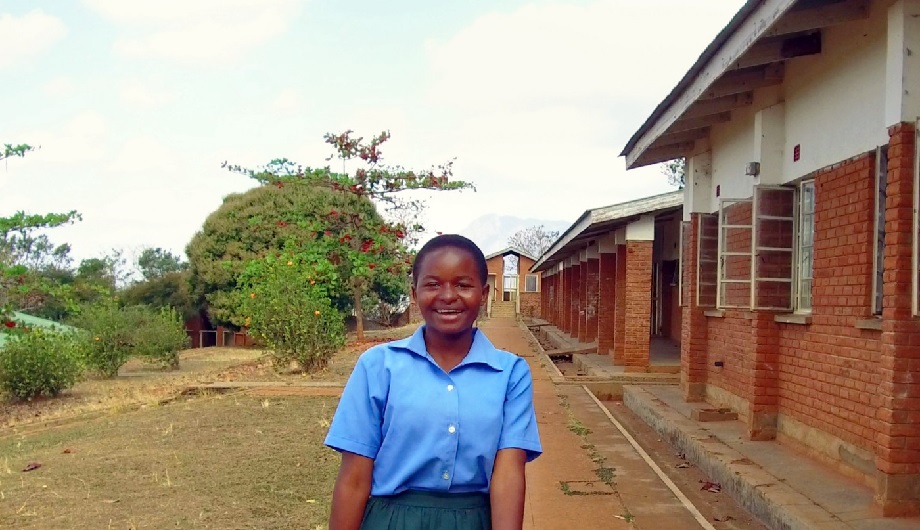 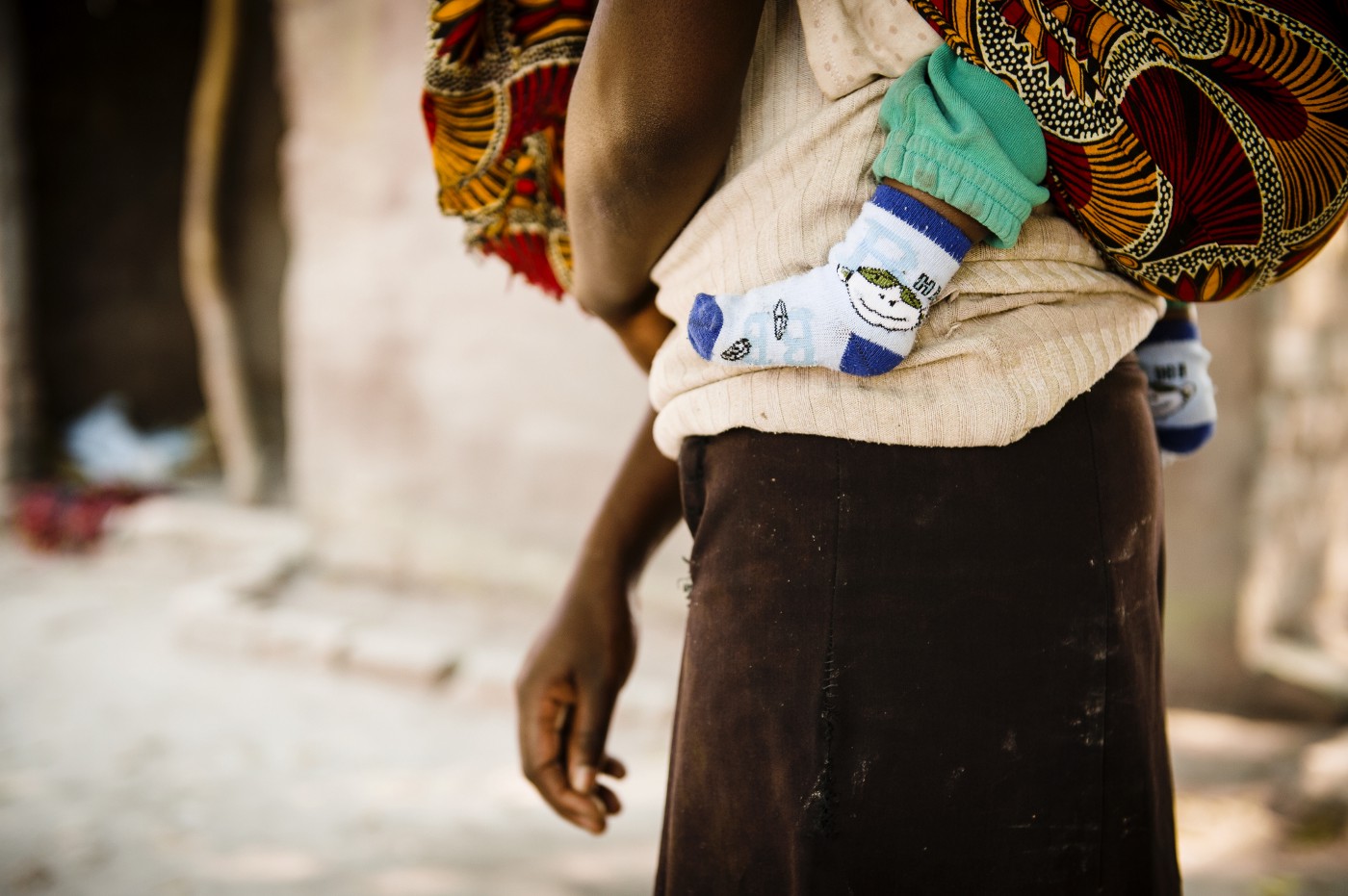 CAMFED Association leader Judith Msindo describes how her own struggles inform her determination to support and seek justice for victims of abuse or neglect, and…