Born and raised in rural Karaga District, Afishetu didn’t start school until she was 15. Instead, she spent her days moving from village to village, laboring in the fields with her mother. When Afishetu was finally able to enroll, she had to support the family by joining the harvesting every rainy season, earning money for the household, but missing class for weeks at a time.

Ignoring remarks that she was too old to go, Afishetu walked barefoot for hours to school. During the rainy season, when she passed the house of a friend on the way to school she would borrow a pair of sandals, returning them on her journey home. Afishetu was determined that her future and the lives of her future children would be different.

In 2004, CAMFED supported Afishetu to complete a teaching diploma, during which she also joined the CAMFED Association (CAMA). In 2009, CAMFED coordinated a distance learning course enabling Afishetu to obtain a degree, which she completed in 2014. In later years, Afishetu became the first female District Assemblyperson in Karaga, and the first CAMFED Association member to hold elected office in Ghana. A role model and a trailblazer, Afishetu is a tremendous source of inspiration to other CAMFED Association members, such as Hawa, who have followed her lead in standing for election, advocating for and pursuing careers in education.

“It was through CAMA (the CAMFED Association) that I had the confidence to speak in public. If not for the communication skills sessions, I could not have come to stand in front of my community, advocating their support for an assembly motion, and educating them on the importance of female education.” 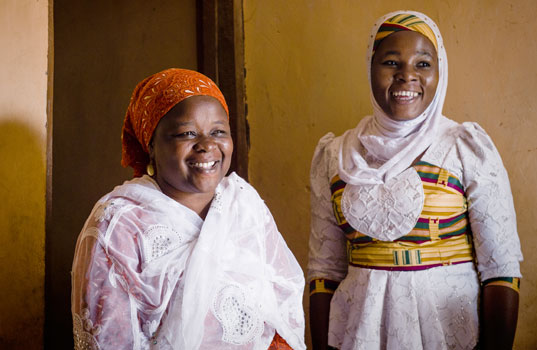 Afishetu (left) with Hawa (right), her mentee. The first girl to complete school in her village, Hawa went on to stand for election as an Assemblyperson (Photo: Eliza Powell/CAMFED). 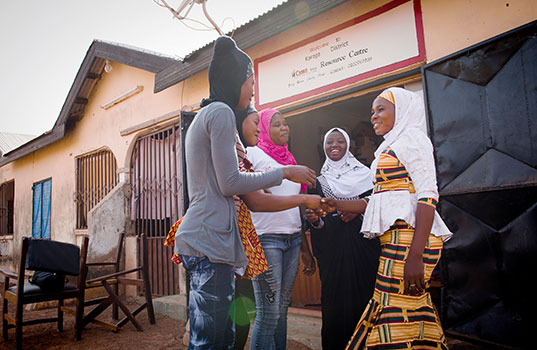 Hawa received strong support and today is a hardworking and respected representative of her community, and a leading advocate for girls’ education (Photo: Eliza Powell/CAMFED).

Soon after being elected to the District Assembly, Afishetu established the first all girls’ school in her district, with an initial intake of 31 girls from marginalized backgrounds. Today, she is Headteacher of a local kindergarten and Acting Headteacher of her own school. No one understands the value of girls’ education more than Afishetu, whose own life was transformed through education. She explains, “When I became the Assemblywoman, I wanted to show people that women can also do something to make change. And we can even do it better.”

Through her position in the District Assembly, Afishetu was able to lobby for funding, which her community used to purchase bulls and a grinding mill, as a step towards reducing poverty. Afishetu’s community development projects offer women a source of sustainable income, which they are plowing back into their children’s education. Afishetu proudly states that girls in her community are now in Senior High School, and pursuing university degrees. Afishetu’s school itself reflects the CAMFED multiplier effect, from one girl’s education to thirty-one. 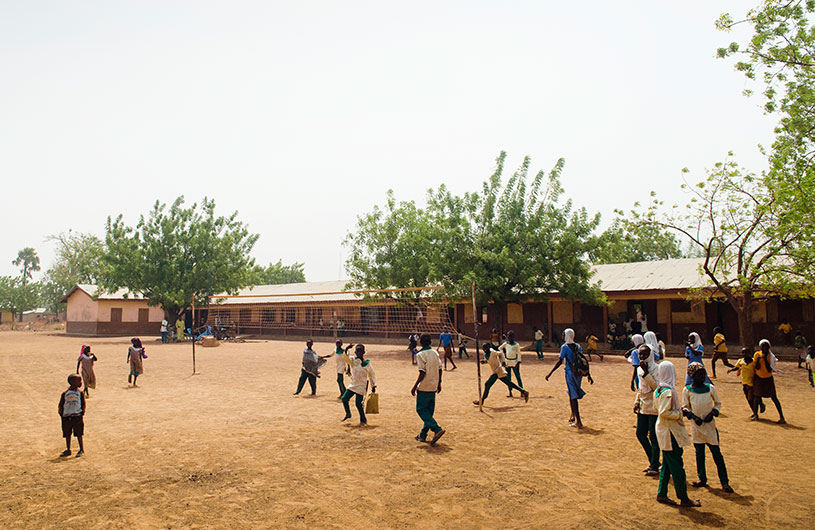 The playground of the school in Karaga District founded by Afishetu, where she currently serves as Acting Headteacher (Photo: Eliza Powell/CAMFED).

Afishetu has already achieved so much, but just as her education multiplied her opportunities to develop herself and others, so her dreams are reaching new heights. In ten years’ time, Afishetu aspires to represent Karaga District as a Member of Parliament. As a parliamentarian, Afishetu will lead change for her district in partnership with NGOs, local government and with support from her peers in the CAMFED Association.

“My vision is to have a lot of graduates, female graduates, in Karaga. A thousand of them!”

The CAMFED Association provides a support structure and training opportunities so that members like Afishetu can gain the confidence and skills they need to provide tangible and lasting support to girls who would otherwise miss out on education, paving the way for other brilliant young women to lift themselves and their families out of poverty.