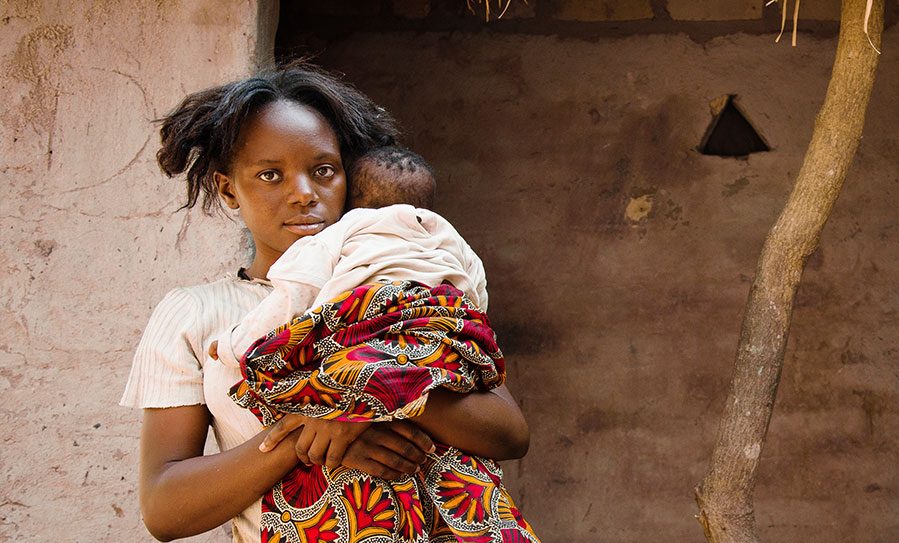 I was too young. I never imagined that I would get married at my age. I didn’t want to get married because I loved going to school. It was because of poverty, that’s why I had to get married. I was hurt when I discovered I was pregnant, I was too young. My friends were in school and I was pregnant. I wouldn’t like anyone to go through what I have gone through. I used to think that my life would change for the better when I got married, but even the dream that I had that I would take care of my young brothers and sisters turned out to be a myth.

In spite of everything that she has gone through and continues to go through, Doreen hasn’t lost hope for her future. When CAMFED alumna leader Alice (herself once destined to be a child bride) heard about her Doreen’s fate, she rallied the resources to help. Now 14 years old, Doreen looks forward to returning to school with CAMFED’s support, to be educated just as her friends have been educated.

The network of pastoral care that CAMFED mobilises around the most vulnerable girls, CAMFED alumnae (CAMA) members who act as GirlGuardians, Teacher Mentors, community members and Headteachers, means that Doreen will get exactly the guidance and help she needs to stay and succeed in school. The network of pastoral care that CAMFED mobilizes around the most vulnerable girls – CAMFED Association members, Teacher Mentors, community members and Headteachers – means that Doreen will get exactly the guidance and help she needs to stay and succeed in school.