Keeping girls in school and out of child marriage

CAMFED works in partnership with marginalized, largely rural communities across sub-Saharan Africa, where intergenerational poverty, a lack of qualified teachers, a lack of funding for school infrastructure (including safe toilets or dormitories for students travelling long distances), deep-seated gender inequity, as well as a strict and narrow curriculum all contribute to girls dropping out of - or never having the opportunity to progress to - secondary education. In this scenario, exacerbated by the effects of climate change — with failing crops leading to increasing desperation among families — we see a high prevalence of child marriage, often as a coping strategy, although the practice is illegal in most of the countries where we work.

To address these interconnected issues, and improve educational outcomes for the most marginalized children, CAMFED trains young women school graduates in Malawi, Tanzania, Zimbabwe, Ghana and Zambia as Learner Guides.

Learner Guides are role models and mentors, whose own experience means that they understand the challenges many students face -- including grief through the loss of close family members, and the pressure to marry young.

Learner Guides return to their local schools and deliver a bespoke life skills and wellbeing curriculum, My Better World, which aims to improve educational outcomes for children, particularly the most vulnerable. Beyond the classroom, they create an important home-school link, following up with children who drop out of school and working with communities to keep vulnerable girls safe from child marriage. 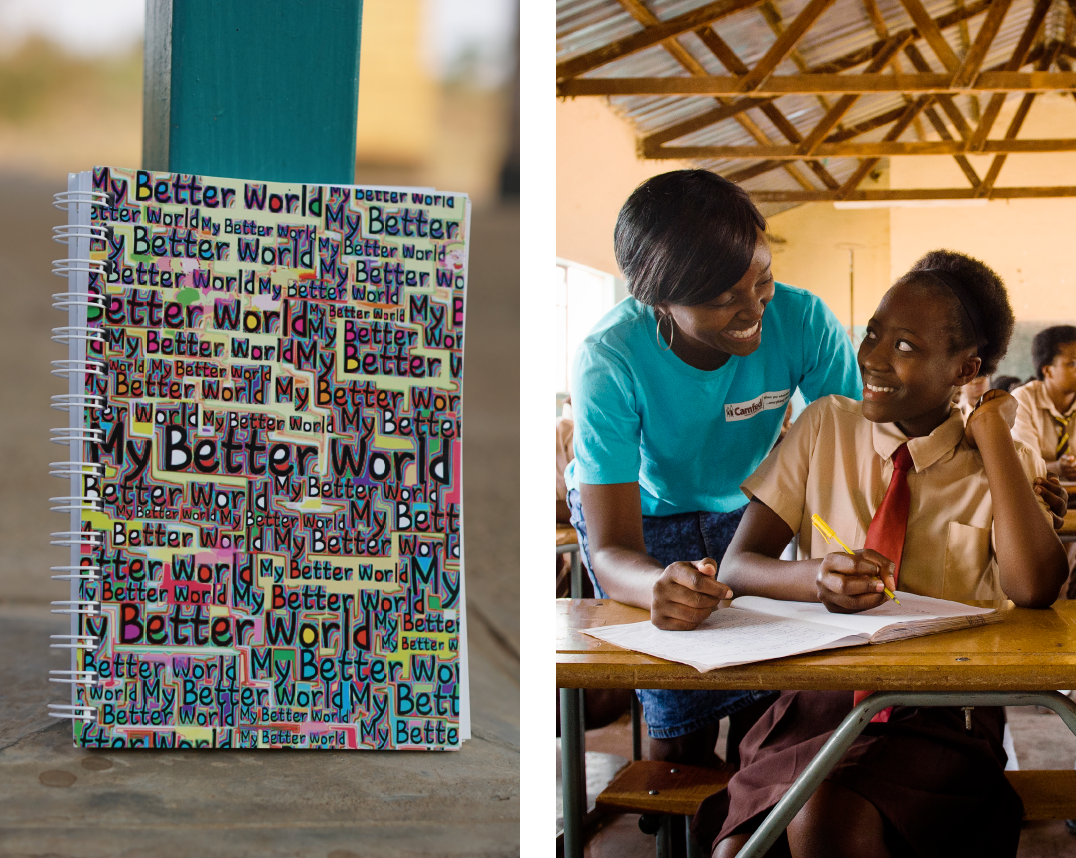 Learner Guides are 'big sisters,' in whom children can confide, and who children can look up to. They bring their lived experience and expertise back to their local schools, supporting overstretched teachers, while themselves gaining the confidence and leadership skills to develop new opportunities for themselves and their families.

“I couldn’t tell people about the things I was going through, things that had happened to me. I didn’t feel free to tell anybody. I used to sit in the corner of the classroom and cry. But from the day I started learning [with] the My Better World book, it has changed me. I am able to stand up in front of people, talk on my behalf, stand up for myself, so thank you for the My Better World class.”
- Student in a Learner Guide session in Zambia

The Learner Guide commitment is incentivised by an innovative and sustainable scheme that supports young women in making their own next steps at the same time as helping children at school: in return for their 18-month volunteer commitment, Learner Guides gain access to interest-free loans to start local businesses (recognising their volunteering as ‘social interest’) and the opportunity to secure a vocational (BTEC) qualification as a stepping stone to formal teacher training or employment. 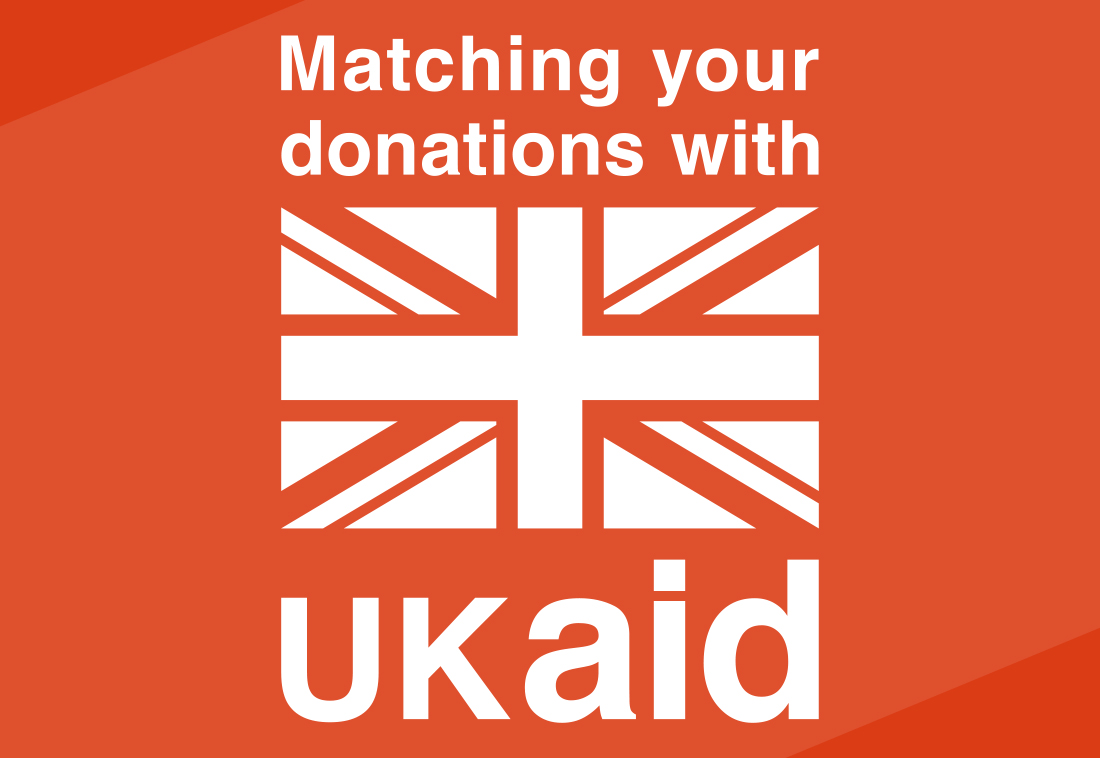 From 11 October 2017 to 10 January 2018 CAMFED partnered with the UK Department for International Development (DFID) on a public UK Aid Match appeal to raise awareness of the issue of child marriage in sub-Saharan Africa and introduce CAMFED’s unique solution. We raised a total of £2,780,616.03 during the appeal, including match funding from the UK government of £1,332,267.91 on donations by private UK residents. The money raised is supporting a project that will enable more than 16,000 marginalized girls in rural areas of Zambia who are at high risk of early marriage to continue their education at their local secondary schools. They will benefit from the mentoring support of a network of young women school graduates like Eness, Naomi and Liana (featured in the video below), who are joining with local government and community authorities to uphold girls’ rights and ensure they have the necessary support to attend school and succeed.

The training of these young women graduates, who are members of the CAMFED Association, as Learner Guides (or GirlGuardians, as they were known during the UK Aid Match appeal) took place in February 2019. Learner Guides have been delivering the My Better World life skills and wellbeing curriculum since March 2019, across 15 rural districts in Zambia, guiding and mentoring students, and acting to prevent child marriages:

The young women in the CAMFED Association, who were once themselves excluded from education and at risk of becoming child brides, share a deep commitment to ensuring that all girls in their communities secure their right to education.

As Learner Guides, they possess the tools and resources to support children academically as well as socially.  As ‘big sisters’, they go above and beyond to protect girls from marriage and bring them back to school, where others simply may not have the expertise, personal insights, time or resources to persevere.

The My Better World sessions delivered by Learner Guides help build confidence in students, and, through the trust engendered, trigger reporting of child marriage to Learner Guides and school staff. 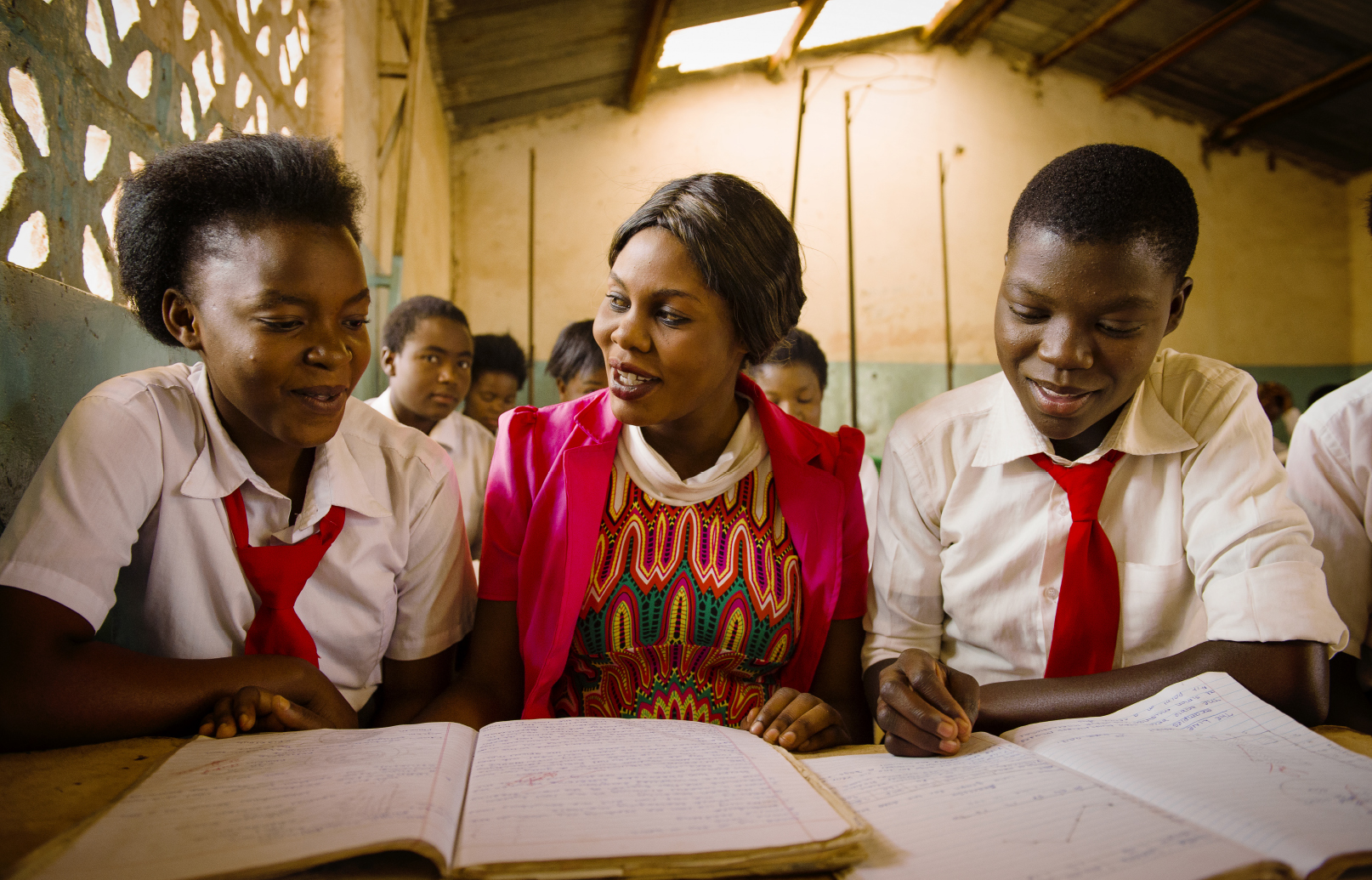 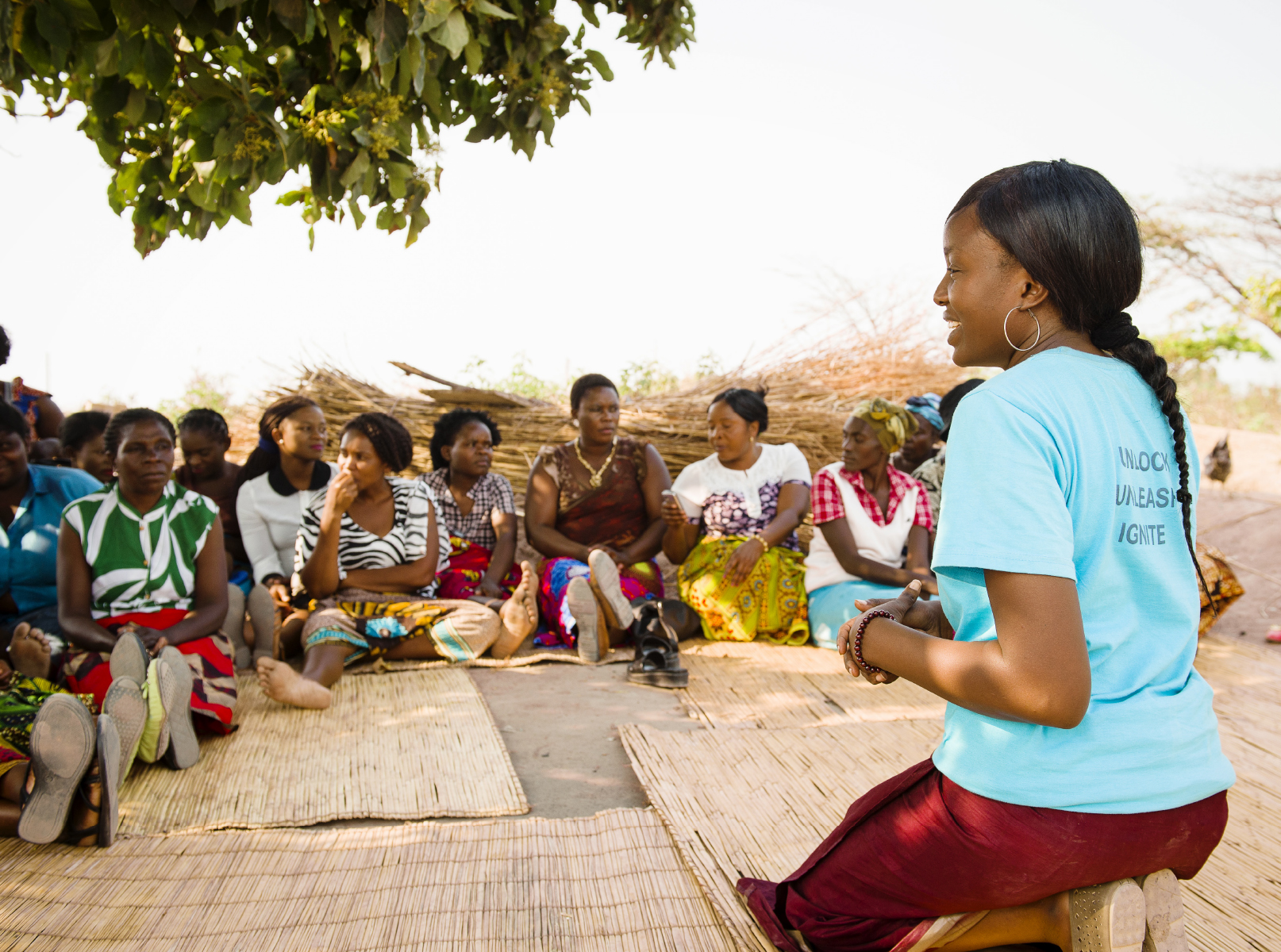 Learner Guides also run community-based advocacy sessions which use role play to illustrate some of the typical child protection cases that the young women have encountered in their communities, including cases of physical, emotional and sexual abuse, which include child marriage.

The plays are performed to help participants recognize abuse, the damaging impact it has, and how to tackle it.  Learner Guides are connected to school and local authorities, and have a child abuse reporting systems, procedures  and mechanisms in place.

They work with teachers, traditional leaders, social workers and the police to protect child rights, get to the bottom of abuse cases,  including child marriage, and change hearts and minds for good. Learner Guides are unrivalled ambassadors for the life changing power of education, who are gaining the support from powerful and influential traditional leaders.

Catalyzing a community of support around each girl 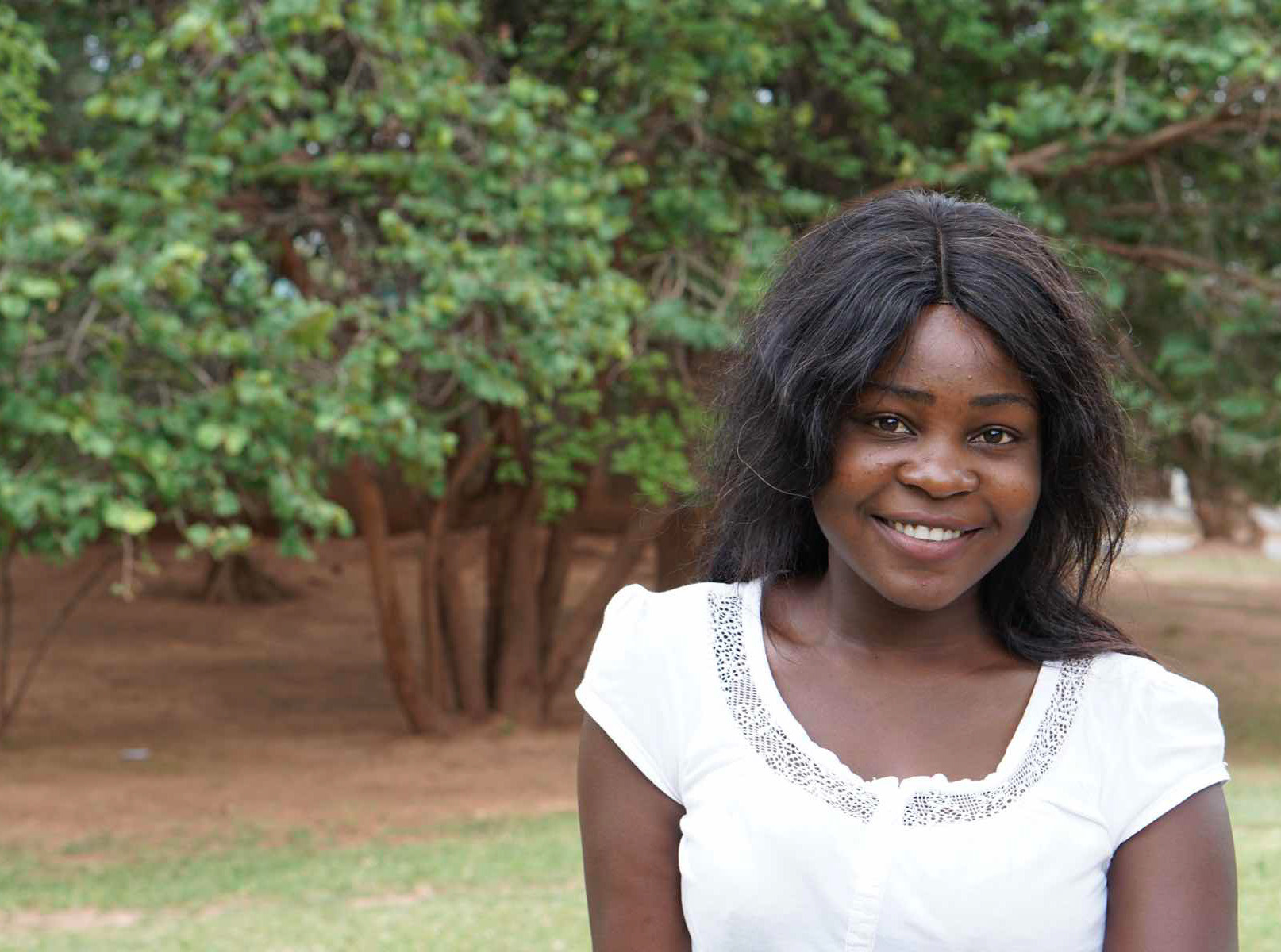 Meet Naomi, CAMFED Association member and Learner Guide
“The teachers in the school where I go, they are very good, they are impressed with me and they love the program. The learners love it too!” 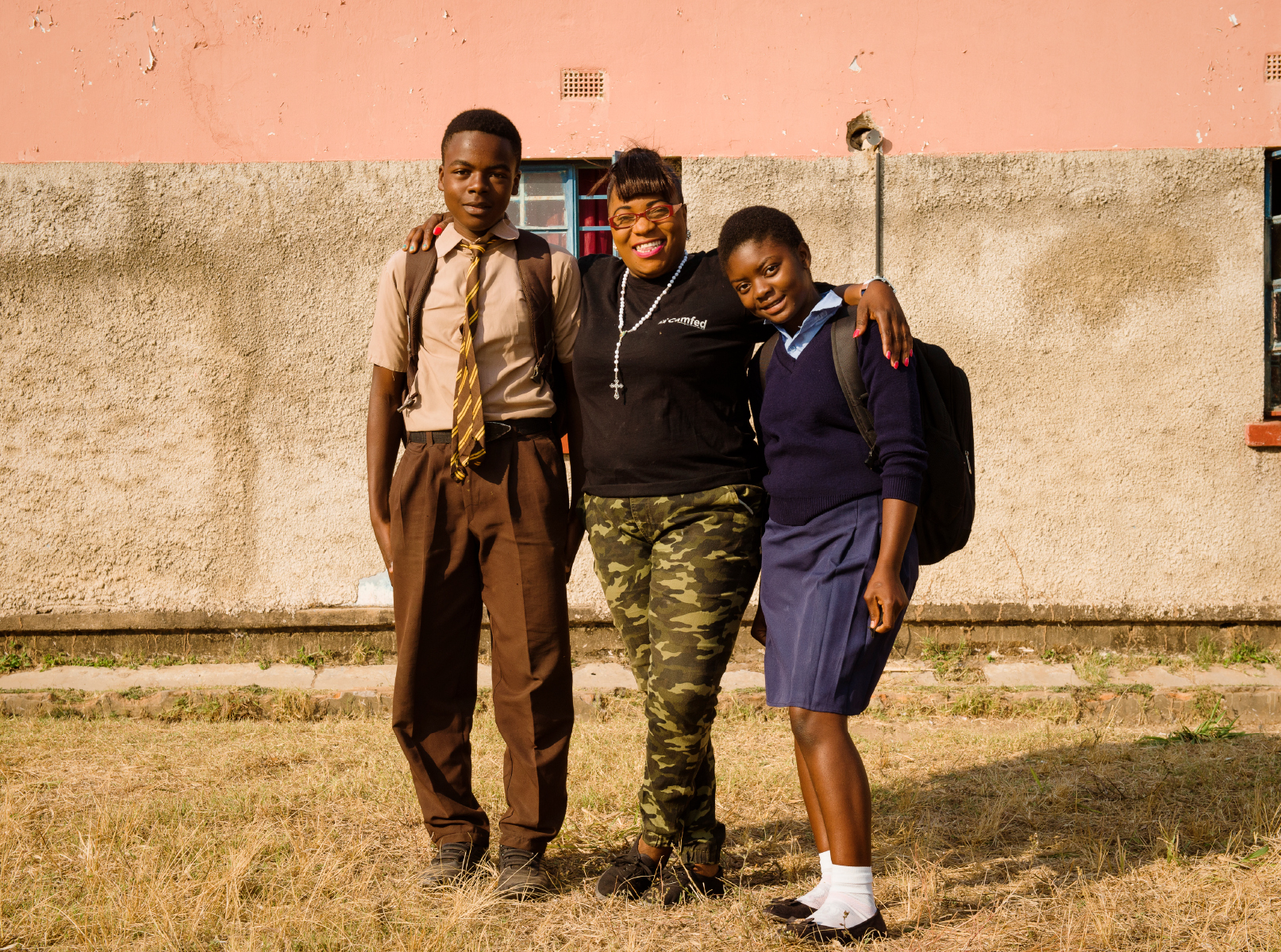 Meet Charity, CAMFED Association member and teacher
“We are seeing ourselves to be leaders, who are going to change this world.”
Read her story 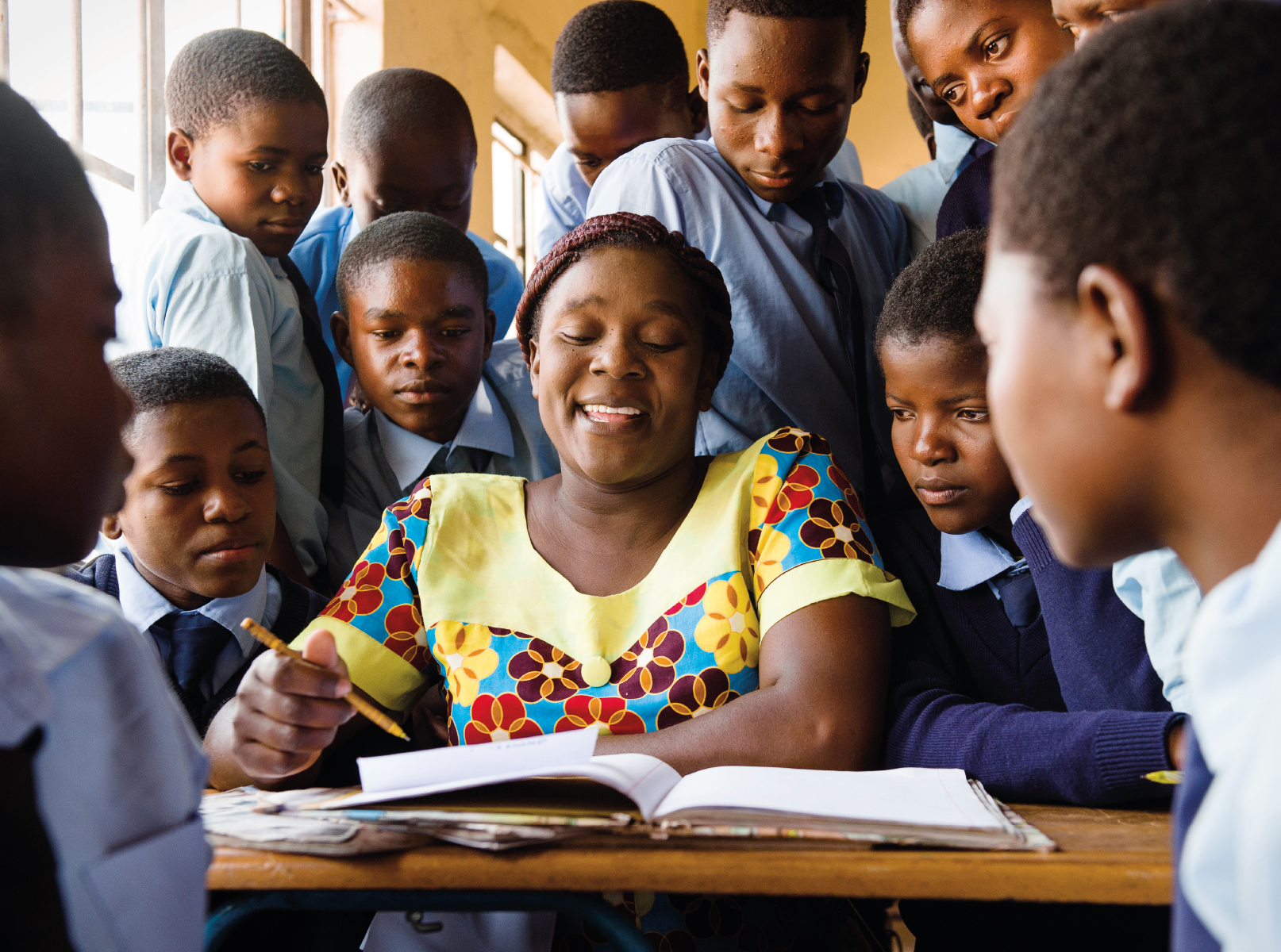 Meet Prisca Kaoma, a CAMFED-trained Teacher Mentor
“Children in our locality are getting married as early as 15 years old...Many of these children are orphans, because of this pandemic disease which is HIV/AIDS.” 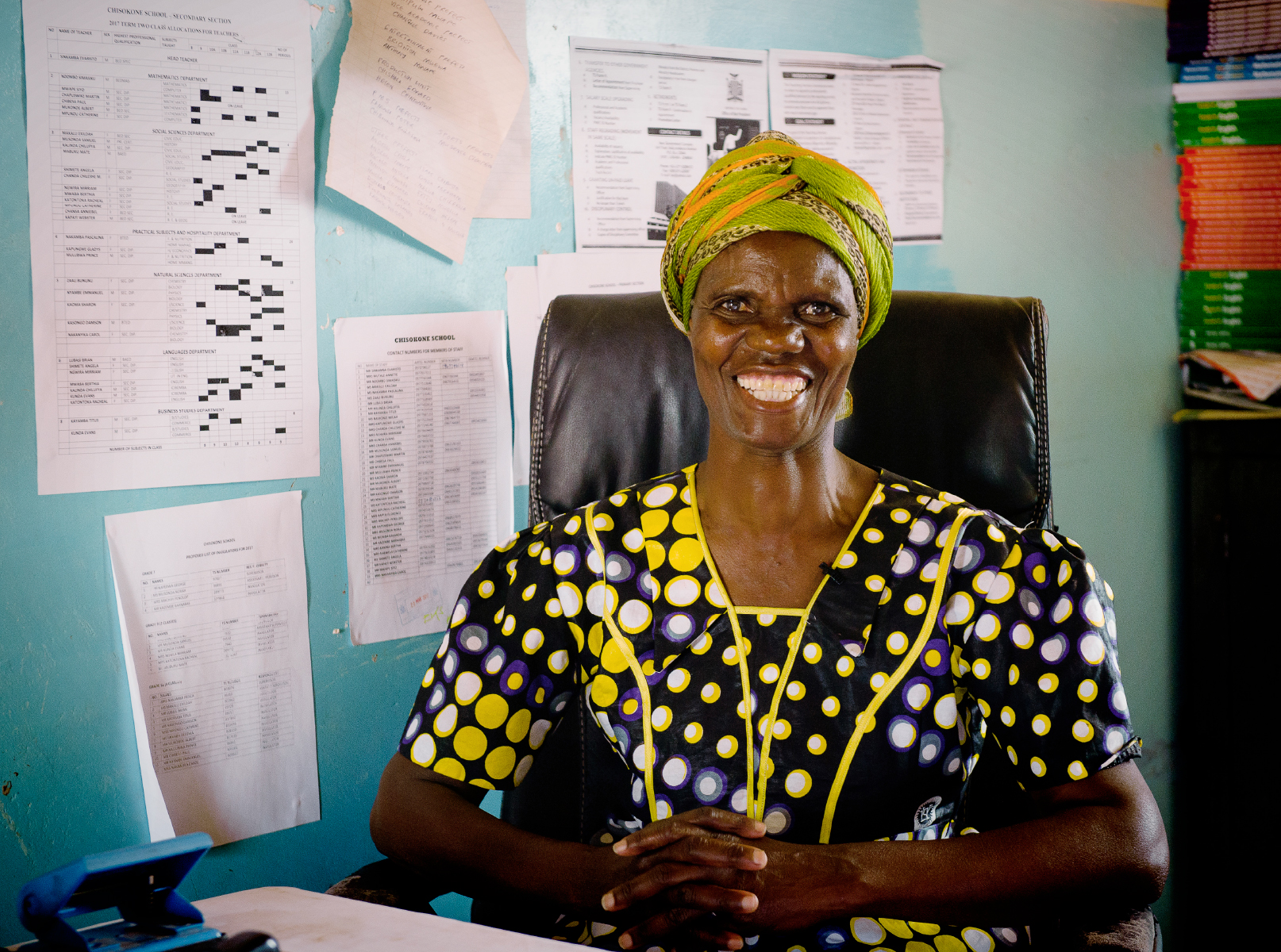 Meet Headwoman Kalima, traditional leader and CAMFED champion
“Education is a right for all and it is the first priority to success. A girl child is a pillar of a family and a mother of the Nation.”
Read her story

Meet the Permanent Secretary for Education in Zambia

In his speech celebrating the arrival of bicycles for Learner Guides in 20 Districts in March 2019, the Permanent Secretary for Education in Zambia promised to raise scaling possibilities of the Learner Guide Program with the Minister and said:

“We visited Chief Kashimba’s palace. He was so welcoming and this made me feel so at ease. We introduced ourselves and what the program was about. He said these were initiatives he wanted in his community and pledged his support. What was more interesting was the fact that he was part of the community sensitization meeting. This gave me the confidence and I told myself, ‘for the Chief to be part of this meeting, it means we are doing the right thing.’”
- Thresah C., Learner Guide in Mwense District, Zambia

“We met Chief Anananga at his palace in Lukulu District. He welcomed us very well and he said he felt honored to see young women like us in his presence. He told us to be free and frank as possible with him. He later told us to invite him whenever we have sensitization meetings, especially concerning a girl child as he had noted an increase in child abuse cases in his area.  A lot of people attended the sensitization meetings because we had the Chief’s blessings.”
- Mercy M., Learner Guide in Lukulu District, Zambia

“The experience of meeting Chief Nalisa was so great. Every time we spoke and he nodded his head gave me and my fellow [CAMFED Association] members the confidence to proceed with what we were doing. It was also honoring when he made a commitment to take child protection issues seriously in his chiefdom and he promised that offenders would be severely punished."
- Namatama I., Learner Guide in Sesheke District, Zambia

The Learner Guide Program not only benefits the marginalized children the young women mentor and support — or the wider community they galvanize into action - it also opens up new opportunities for CAMFED Association members, who are being offered teaching roles or other school-based positions as a result of their work.

Because Learner Guides gain access to business training and interest-free loans, paying back their interest through service to their communities, young women are also benefiting by being able to set up growing businesses to support themselves, their families, and other children in their communities, as well as creating local employment.  This contributes to increasing the status of women in rural communities, and providing students from a similar background with role models who can help them set - and reach - achievable goals. Through Learner Guides’ success, impoverished families who may have considered early marriage as the only route for girls to have some level of security, can now envision a different future, and see the dividends an education can pay.

Data deep-dive: Child marriage in the countries where we work

CAMFED mostly works in rural communities, where the prevalence of child marriage is significantly greater than in cities, and therefore higher than the national averages indicated below. Please click on the statistic text in each section to expand that section.