Meet Tusekile, a Teacher Mentor at a CAMFED partner school in Bagamoyo District, Tanzania. As a child, Tusekile dreamed of being a teacher and helping others. Now, as a pillar of CAMFED’s support network, she does just that.

Teacher Mentors are government teachers who play a critical role in CAMFED’s program as well as serving the wider needs of students in partner communities across sub-Saharan Africa.  Through specialized training in key facets of the program, such as child protection, they provide students with the practical and emotional support they need to stay in school and succeed.

The girls at Tusekile’s school face many challenges including deep-rooted poverty, family difficulties, and, all too often, personal loss. Many students have to walk long, perilous journeys, arriving at school exhausted before class has even begun. With what little energy they have left, students try hard at school but Tusekile says the impact of this hardship is visible in their work. Many girls are also particularly vulnerable to dropping out of school due to early pregnancies or marriages, which often seem like the only option for girls caught in the vicious cycle of poverty.

However, with Tusekile’s guidance, and CAMFED’s support, this cycle is being broken. No girl has dropped out of Tusekile’s school for over a year now.

“I really want these girls to be successful on their own so they can make their own choices, their own decisions. They have the power.” 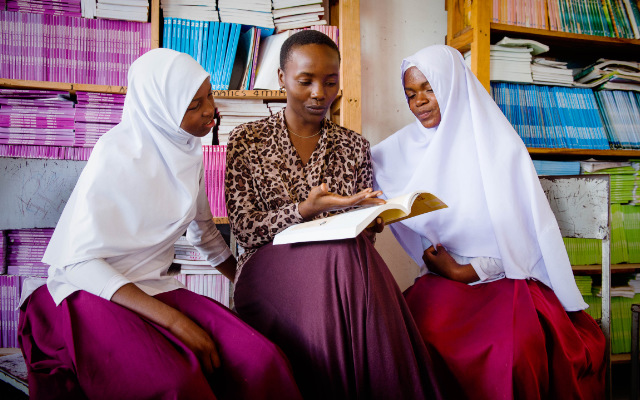 Tusekile in conversation with two CAMFED scholars whom she mentors. (Photo: Eliza Powell/CAMFED)

Working alongside the CAMFED Association (CAMA) - the network of women leaders educated with CAMFED support - and other community members, Tusekile is a powerful advocate for girls’ rights. She attends parents’ meetings and advocates for the benefits of keeping girls in school and out of early marriages. After school, Tusekile provides girls mentorship and pastoral support, and is an inspiring role model for many.

"I tell my girls, study hard and do better, get a job of your own!"

Tusekile is excited about what the future holds for her students. She dreams of the girls in her community becoming empowered women who are financially independent and confident torch bearers for future generations.

Together with CAMFED, Teacher Mentors like Tusekile are helping girls across sub-Saharan Africa to overcome the barriers to education and work hard for not only their futures, but the futures of their families and their communities. 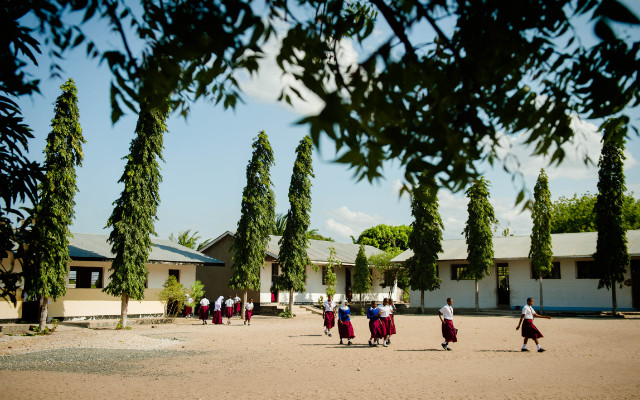 With the support of Teacher Mentors like Tusekile, so many more schoolgirls are staying in school and succeeding. (Photo: Eliza Powell/ CAMFED) 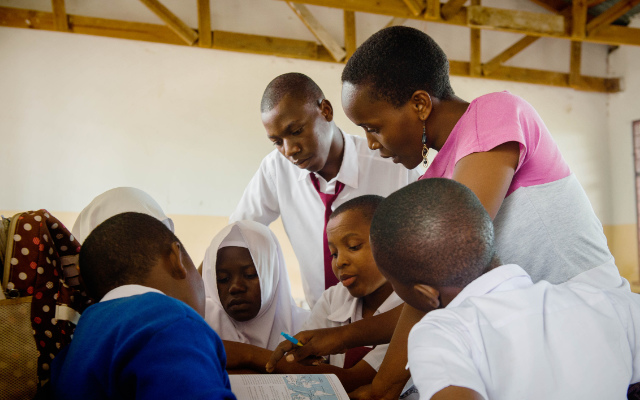