Hanipha lives with her father and step-mother in rural Tanzania, and is the third born in a family of five children. With few resources and many children to support, Hanipha’s family struggled to afford basic items, like her school uniform, and her attendance suffered.

When Hanipha was in Form 1, she met Sophia, a member of the CAMFED Association (CAMA), the network of women leaders educated with CAMFED support. CAMFED Association members have a deep understanding of the many barriers that keep girls from accessing, and doing well in, school. They are united by a commitment to paying forward the benefits of their education by supporting more girls to succeed.

“I can tell her my challenges even out of class because I trust in her, and she is a mentor to me.”

Hanipha enjoyed Sophia’s sessions and viewed her as an older sister she could confide in. Hanipha could see that by coming from the same area and with a similar home background, Sophia understood the challenges she was facing. Sophia and other CAMFED Association members got to know the students well, both in school and out of school, and even visited their homes to encourage them.

That’s how Sophia discovered that Hanipha had been on the verge of dropping out of education for lack of funds. Sophia stepped in with financial support to ensure she had a uniform, shoes, exercise books, and other school essentials.

“Sophia has helped me attend school and makes me believe my dreams will come true.” 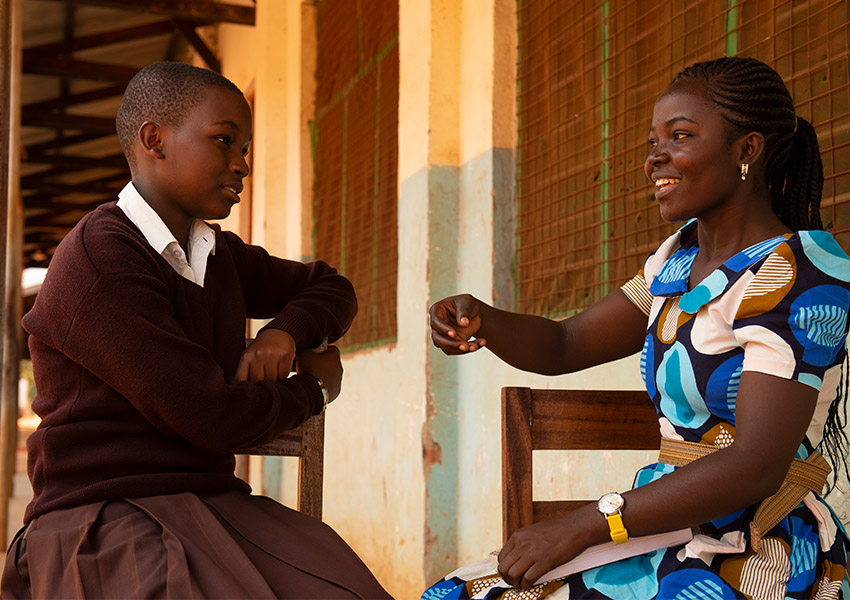 Hanipha can confide in Sophia and turn to her for advice. (Photo: CAMFED/Eliza Powell)

With the financial and psychological support she needed, Hanipha is thriving in school. She  obtained good results in Form 2, and progressed to Form 3. Her favourite subject is Civics as she enjoys learning about ethics, human rights, and citizenship. 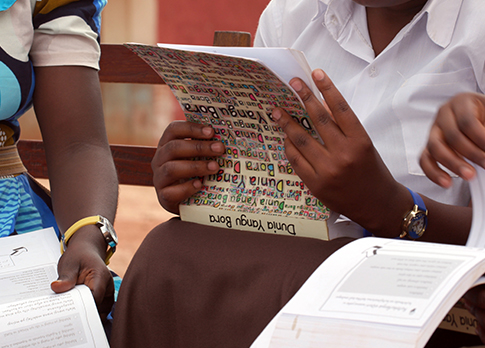 The My Better World curriculum helps students to grow in confidence and reach their goals.  (Photo: CAMFED/Eliza Powell) 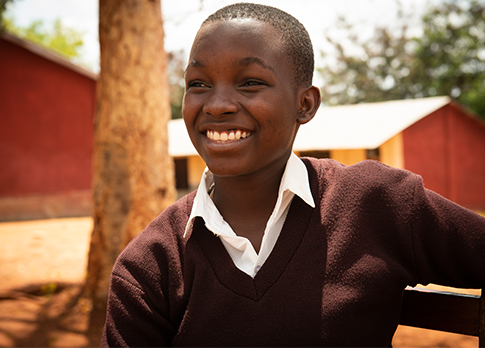 With support from Sophia, Hanipha is thriving in school. (Photo: CAMFED/Eliza Powell)

“[Sophia] is a role model to me because she is among the women who understand others, respect others.”

Now, Hanipha is positive about her future and aims to become a lawyer. She looks forward to following Sophia’s example and striving to make a positive change in her community and beyond.

“As women we have the strength, we must unite and respect each other, work together to bring about change in our society.”