Alice grew up in rural Zambia, helping her hard-working widowed mother of ten by selling cassava leaves and working as a maid to help buy food and school supplies. There was never enough money. Often, the family subsisted on just one meal per day.

At 14,  Alice had to drop out of school because the family could no longer afford her school going costs.  This is when girls in rural communities are at great risk of child marriage, often seen as the only way to secure their future.

But Alice’s life was transformed when the School Based Committee at CAMFED’s local partner secondary school in Samfya noted her absence and selected her to receive a CAMFED scholarship. The support allowed her to complete secondary school and join CAMFED’s pan-African CAMA alumnae network of young women leaders. Through CAMA, Alice became a trainer in financial literacy and entrepreneurship.

“This gave me a platform to provide mentorship to youths in the community where I helped link them to microfinance institutions. I also assisted 20 community members to open bank accounts and 15 set up businesses. I am constantly mentoring youths on the importance of budgeting, saving and banking.”

Alice started a poultry business to fund her own university education, obtaining a diploma in Human Resource Management at the National Institution of Public Administration in Lusaka. She recently completed a degree in Sociology through distance learning at Women’s University of Africa. 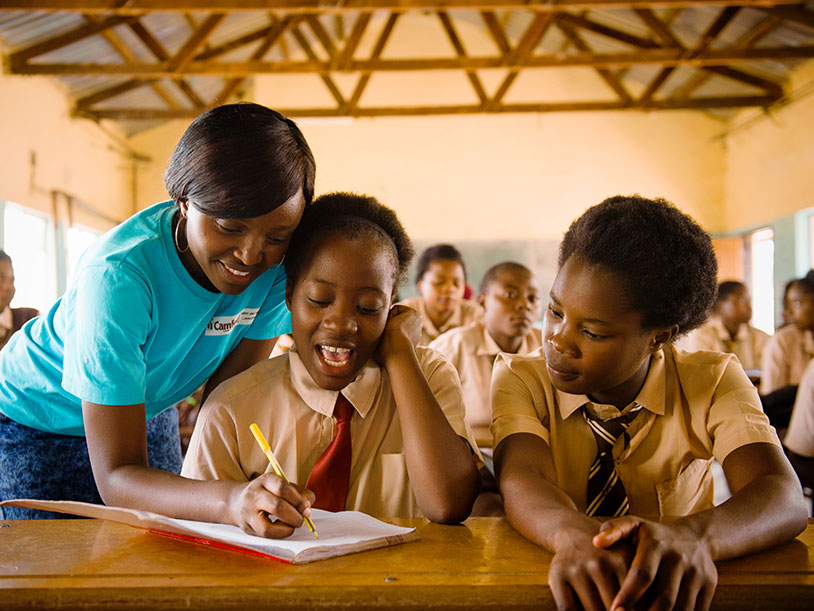 Alice is a true CAMFED GirlGuardian: a mentor and role model, working with schools and communities to keep vulnerable girls in school. (Photo: Eliza Powell/CAMFED)

CAMFED hired Alice as a Provincial Program Assistant for the Luapula Province where she gained experience in education operations at a provincial level. She now works as CAMFED Zambia’s District Operations Secretariat in Samfya, collaborating closely with partner schools and district ministry officials on CAMFED’s Community Development Committee, many of whom she knows from her own school days and involvement with the CAMA network.

“It has been a great transformation; I never thought that people would at some stage look up to me for guidance and as a leader. My journey has helped me address challenges such as poverty. My struggles have taught me to become a team player. I have come full circle from a shy girl to a more confident and focused lady.” 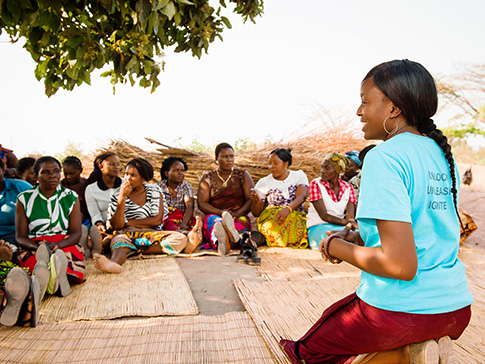 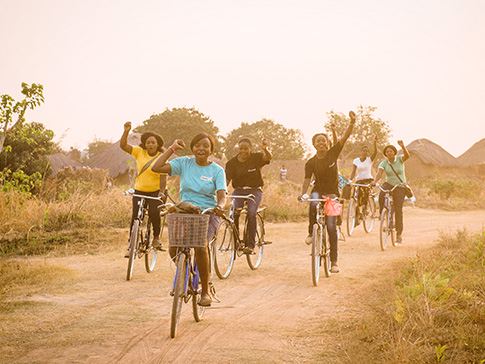 With her CAMA sisters, Alice travels to remote parts of her district, acting as GirlGuardians. (Eliza Powell/CAMFED)

As a committed CAMA member and GirlGuardian, Alice promotes the power of education over early marriage by sharing her own story and success at local community meetings and with families, and works with officials to return child brides to school.  Alice supports one boy and 10 vulnerable and orphaned girls to go to school, two of whom she found in an abandoned building, and who are now living with her. In 2016, Alice was appointed UN Girls’ Education Initiative Youth Representative.

Alice is the epitome of the multiplier effect of education, showing the crucial difference the experience and empathy of young women leaders can make to the lives of so many vulnerable children. 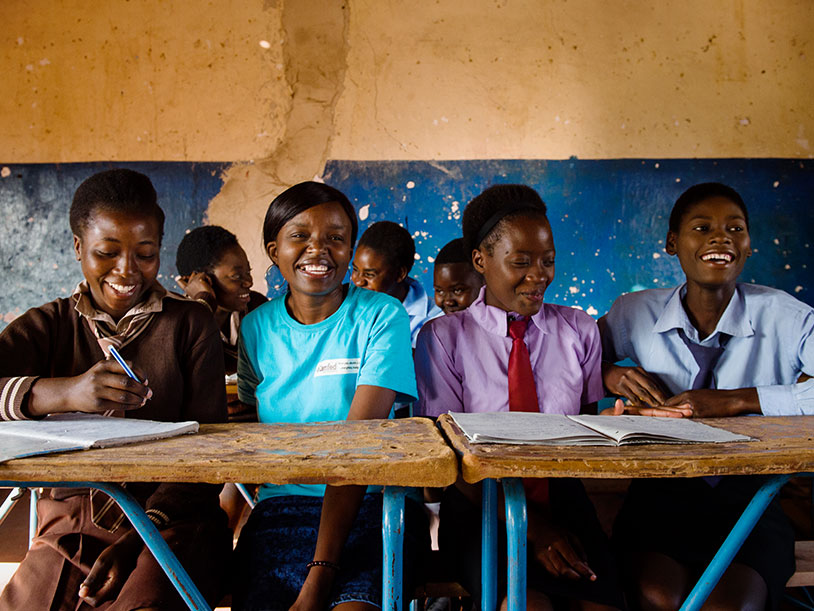 Alice surrounded by some of the 11 children she supports, for whom she is a second mother, sister and friend. (Photo: Eliza Powell/CAMFED)

Read some of Alice's blogs:

That day I knew: Gloria Steinem is one of us

Poor girls are at greatest risk from SRGBV. Here’s why, and what we can do about it.