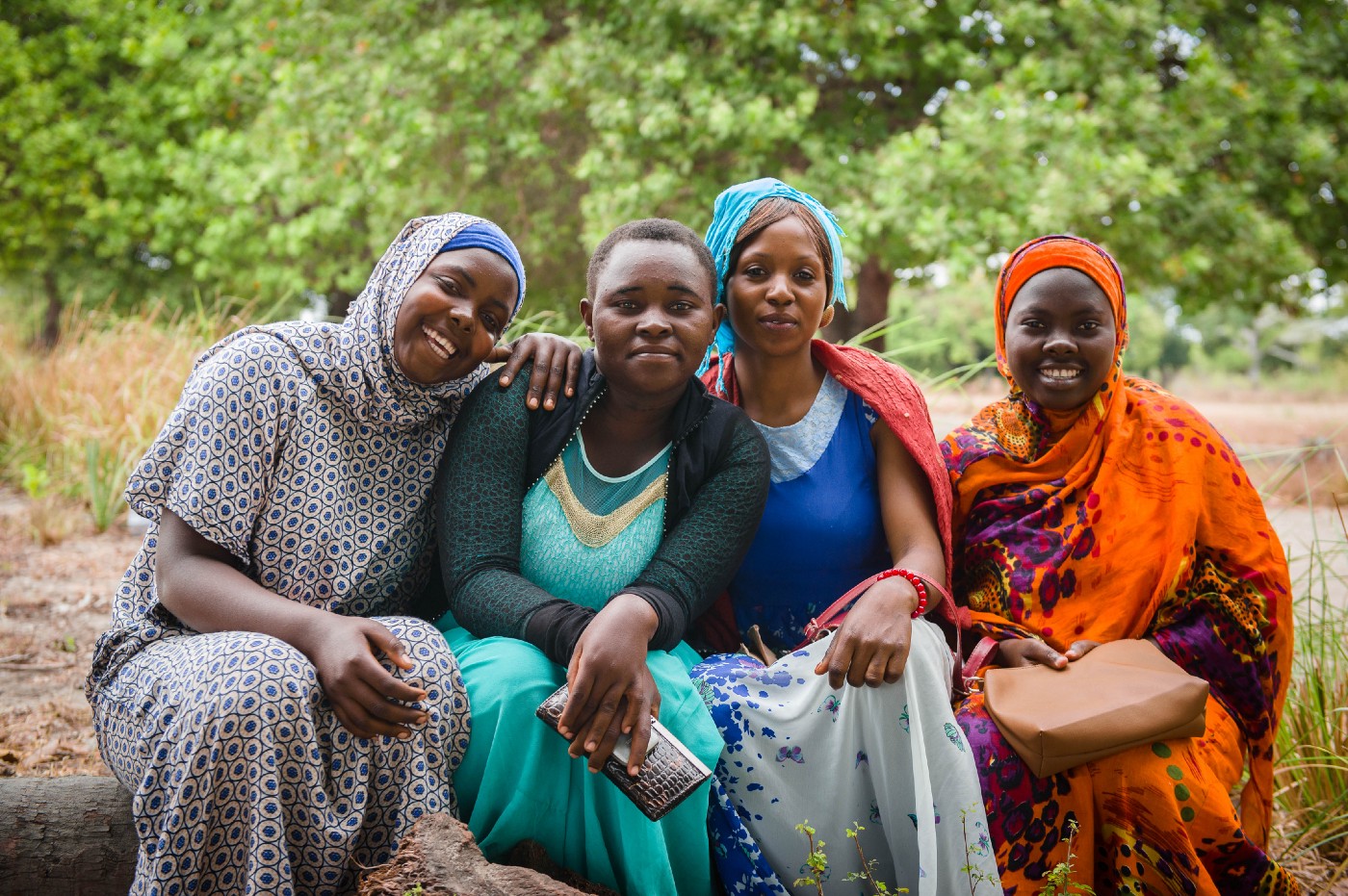 Young African Women at the Forefront of Action on Climate Change

By CATHERINE BOYCE, Director of Enterprise Development at CAMFED

Can you imagine toiling all day in the heat; getting your children to help you in the fields, and still not growing enough to feed your family and earn a living? This is a reality today for millions of women across rural Africa who shoulder the burden of farming to feed their families but who are hit by the double whammy of a female resource deficit and the impact of climate change.

On the female resource deficit — women farmers are typically 20–30% less productive than men. This is not because they work less hard — in fact they work longer hours on average. However, they don’t have access to same assets — land and water — training, finance, information services and quality inputs that male farmers do. Address that deficit and the UN Food and Agriculture Organisation estimates that as many as 150 million people will be lifted out of hunger worldwide.

Meanwhile, agricultural productivity is diminishing and under further threat in the face of more extreme weather which manifests as droughts, floods and the recent, devastating Cyclones Idai and Kenneth; destroying lives and livelihoods. For communities in rural Africa, climate change is not a theoretical concept or a risk that lies twelve years in the future. It’s happening now. Girls and women are the first to feel the effects of climate change as they struggle to cultivate the land to produce enough to feed their families and because they are particularly vulnerable to hunger, early marriage and violence in the context of resource scarcity. 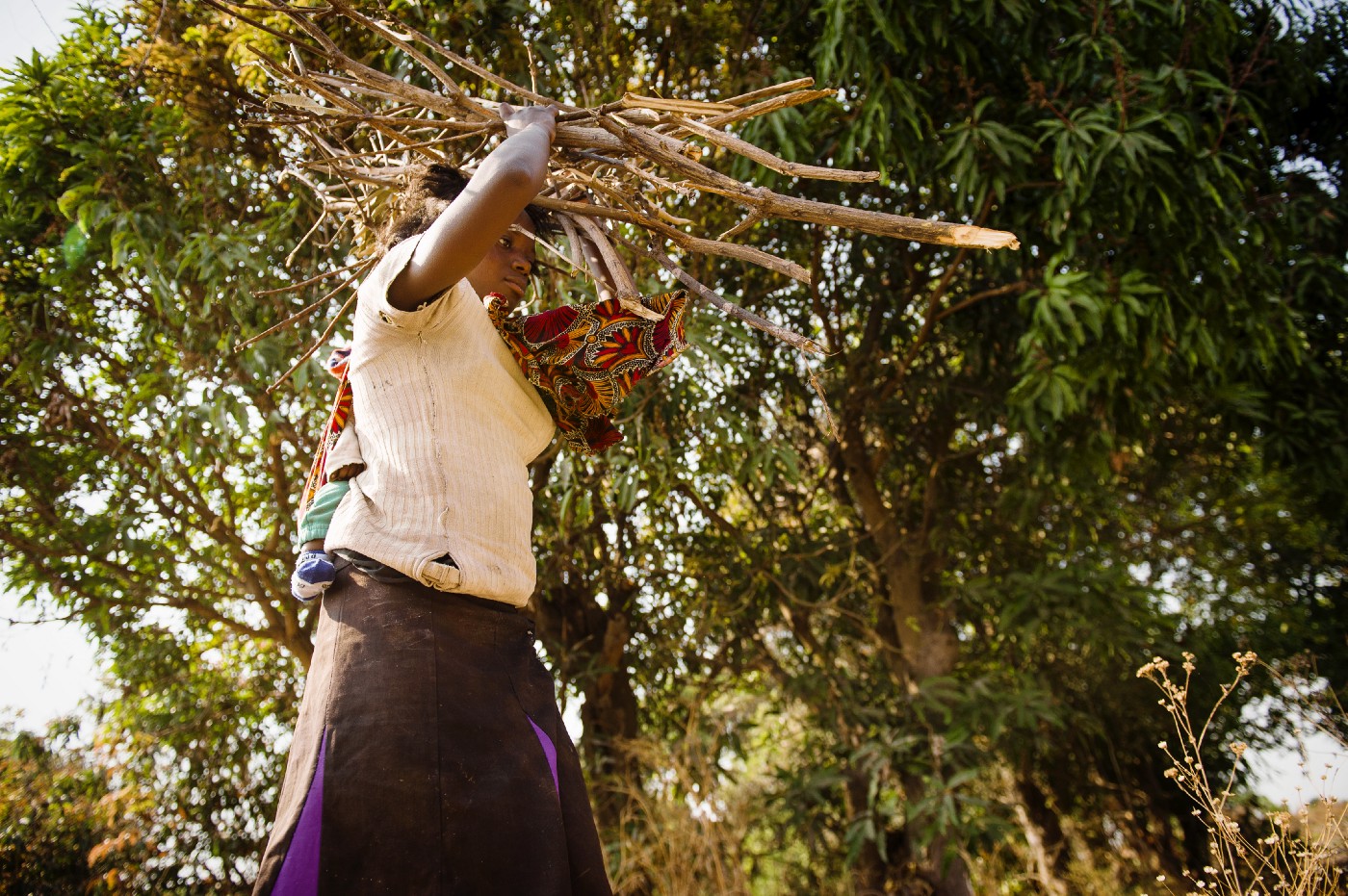 Women’s and girls’ vulnerability to hunger, early marriage and violence increases in the wake of resource scarcity which is exacerbated by climate change. (Photo: Eliza Powell/CAMFED)

We need a global response to this global threat. Like so many others, I’ve been tremendously inspired by young people’s action on climate change. It’s garnered fewer headlines but much of that action is taking place in sub-Saharan Africa, headed by young women living in some of the poorest rural communities. They are leading community action to safeguard food cultivation in the face of climate change, to manage water resources, and to protect trees and soil quality.

I first met Annie N’gandu in rural Zambia in 2008 when she was helping to run a leadership and enterprise initiative for other recent school graduates. Her positivity belies the tragedy of her childhood; she was orphaned at a young age and poverty meant that she missed many years of education. With support from CAMFED, however, Annie was trained in entrepreneurship and launched and grew a successful agricultural business. For the last five years, Annie has been championing climate-smart agriculture in rural Zambia:

I explain the spacing of maize and beets for example, so that they grow well and how to make compost from manure. I teach people how to build a clean cook stove, which uses less wood and produces less smoke. I also train people on waste management. Now they recycle or sell waste for money.

Annie has reached hundreds of other smallholders, young people and women’s groups with the skills they need to protect their farms from the more extreme weather that climate change has brought, and to improve productivity. She has won the confidence and support of local government agricultural officers, who invite her to train alongside them, and of traditional leaders, such as Chief Nkula who has been inspired to award a land grant of 1,000 hectares to cultivate a climate-smart demo farm. She’s also increased productivity on her own farm, provided a home for three abandoned children and supported more young people to go to school.

Annie isn’t alone in her climate leadership. She’s one of nearly 150,000 members of the CAMFED Association, the network of women leaders educated with CAMFED support. Association members collaborate to lead action on the big issues — climate change, child marriage, livelihoods — that their communities and countries face. From Eva Damasi who is building support for agroforestry in Tanzania to Clarah Zinyama in Zimbabwe who is working with mothers’ groups to boost the productivity of the smallholdings used to cultivate food for school meals; women are taking action on climate.

These young women — known as CAMFED Agricultural Guides — promote both traditional and innovative techniques. Clarah, for example, has re-introduced intercropping — growing two crops on the same plot of land — on her farm. It’s a technique formerly practiced by her grandmother that reduces soil runoff, preserves soil nutrients and helps with pest management. She re-uses old plastic bottles for affordable drip irrigation, setting them in the soil with tiny holes in the cap to steadily release water. Clarah also trains community groups to construct simple solar dryers to preserve food and reduce waste.

The results are clear to see in increased yields, family nutrition and income. To date Annie, Clarah and Eva and a small team of Agricultural Guides have reached over 8,500 people across rural Africa with knowledge and techniques to build farming productivity and build resilience in the face of climate change. These include affordable methods of irrigation, crop-rotation, organic composting and mulching which improve soil nutrition and carbon storage, water management and productivity. They are raising awareness in their communities of waste management and how to build cleaner cook stoves from local resources which use less fuel and reduce further carbon emissions. The Agricultural Guides are seeing the results in improved yields and profits on their own farms, have increased standing in their communities and have created an average of four new paid jobs each.

They’re also helping girls to succeed in school and beyond. Last year, for example, CAMFED Association members used their own resources to help over 700,000 children go to school. They help each other to navigate the transition from school and build fulfilling livelihoods, moving up the value chain and seeing agriculture as a business opportunity. When girls stay in school and women generate an income they can avoid early marriage, gain decision-making power and take control over their life choices. These are top priorities in their own right which also have positive climate effects. They result in a later age at marriage and smaller, healthier families and cumulatively reduce both population growth and greenhouse emissions. 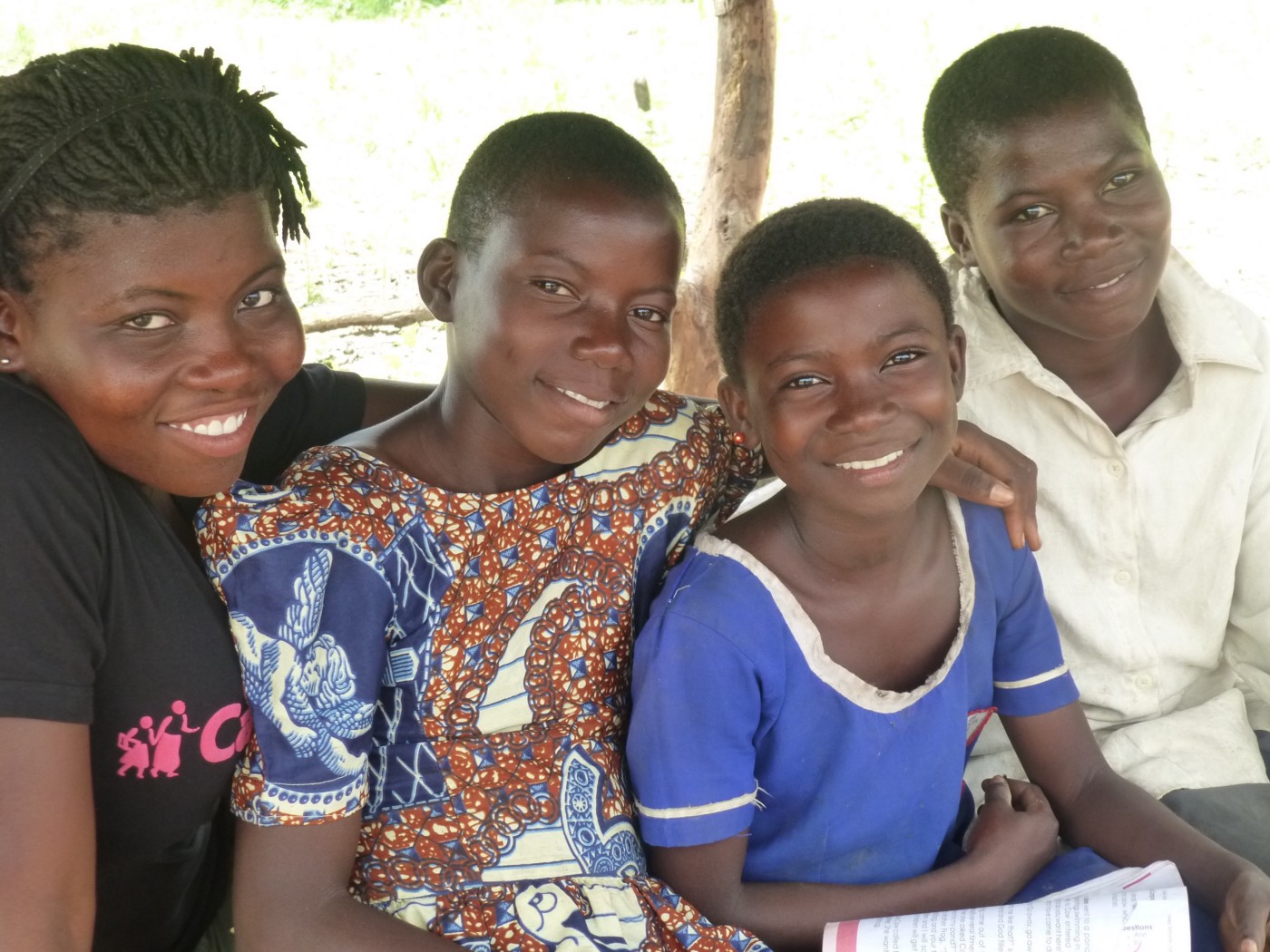 Vida is a CAMFED alumna and agricultural entrepreneur from Ghana. On average each of our alumnae supports three more children, outside their immediate family, to go to school. (Photo: CAMFED)

As Annie, Clarah and Eva’s experience demonstrates, it’s critical that our global climate strategy builds the strength of vulnerable communities to adjust to the effects of climate change, while urgently reducing further greenhouse emissions. At CAMFED we’re working to get more resources into the hands of these young women on the frontline of climate change. Clarah sums it up:

As an Agriculture Guide and leader of the young African women’s network CAMFED Association (CAMA), I am passionate about helping rural residents to adopt more sustainable ways of farming, and speak about the issue everywhere I go to get more people involved.

Let us all endeavor to match her activism on climate change and stand together on this global challenge.

Catherine Boyce works in partnership with CAMFED Association members to connect them to the resources and support they need to play a leading role for climate action, jobs and prosperity across rural sub-Saharan Africa. If you would like to support girls to go to school and women to thrive as leaders and entrepreneurs after school, then why not get involved today? 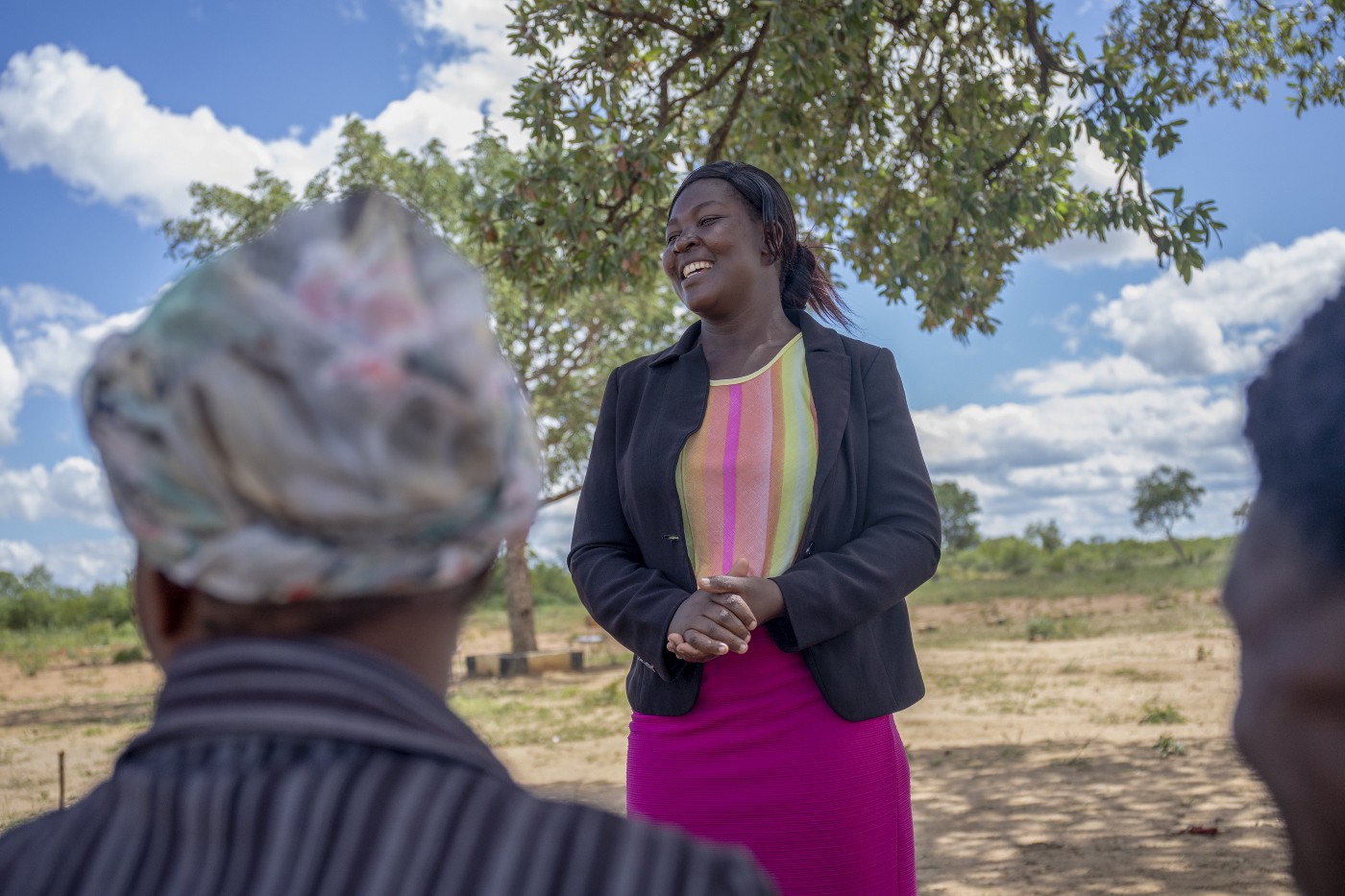 Clarah Zinyama leads a community outreach session. She has cascaded her knowledge of climate-smart agriculture to hundreds of people in rural Zimbabwe. (Photo: Cynthia R Matonhodze/CAMFED) 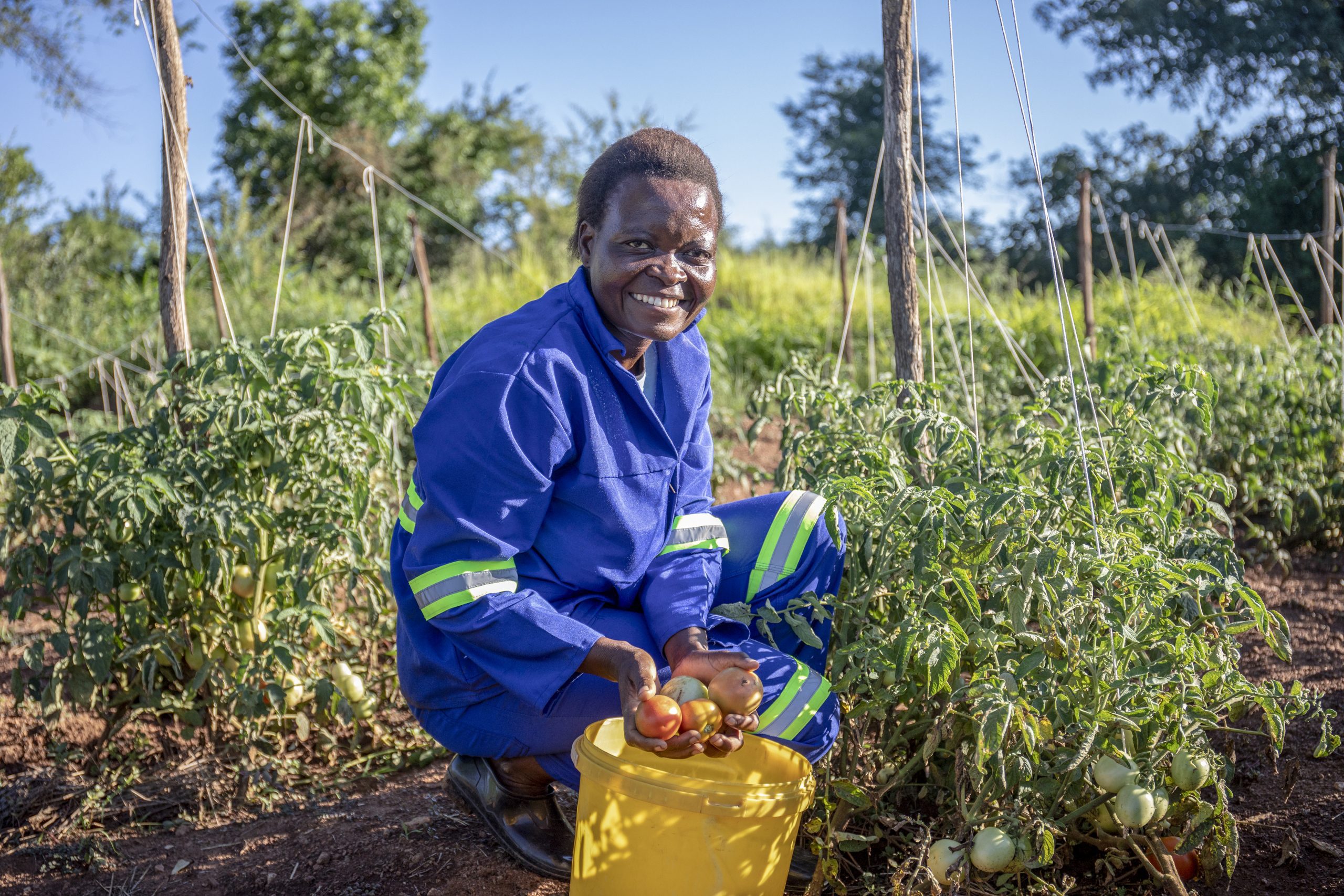 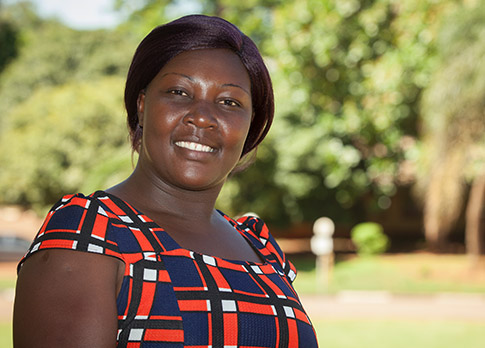 Clarah was the first member of her family to finish school, and the first to pursue higher education. Growing up in a marginalized rural community in Zimbabwe, she experienced poverty and hardship throughout her childhood. Clarah’s parents both lived with a disability, and relied on subsistence farming to try and support their six children. Despite efforts to keep Clarah in school, funds and hopes for the future dwindled as time went on.