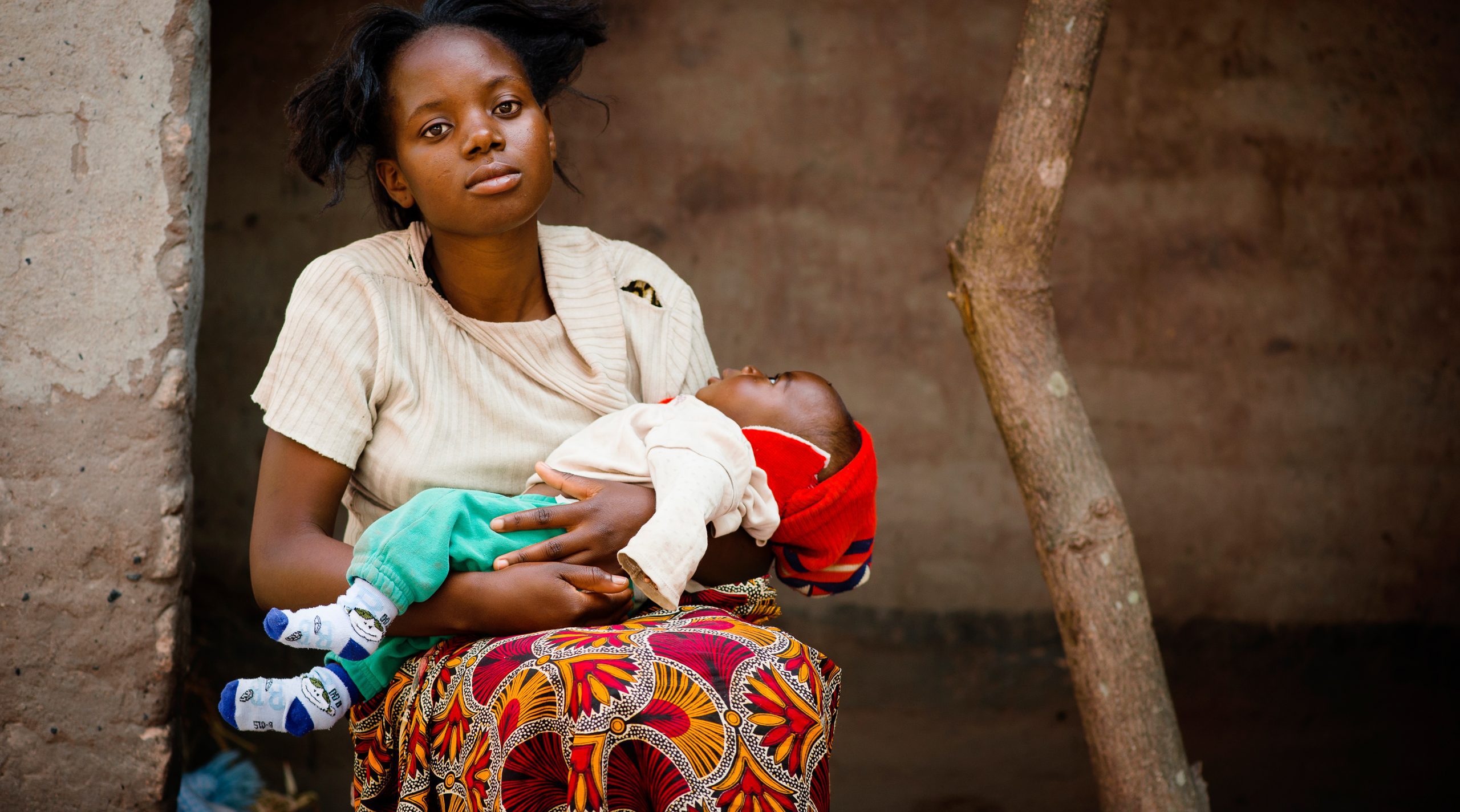 Originally from Kasoma Province, Prisca was posted to Luapula Province after completing her teaching degree. In 2008, Prisca became a CAMFED Teacher Mentor. Teacher Mentors are government teachers trained by CAMFED in child protection, psycho-social support, and pastoral care. The first port of call for vulnerable children, Teacher Mentors work in partnership with schools and communities to address the barriers to girls’ education. Prisca has nine years of experience as a CAMFED Teacher Mentor, supporting the most marginalised children to stay in school. (Photo: Eliza Powell / CAMFED)

PK: I wanted to improve their circumstances through education so that we can reduce the poverty levels in their homes. And of course to help them to avoid early marriages and early pregnancies.

PK: One of the major problems that a lot of girls face in this district is early marriage. Children in our locality are getting married as early as 15 years old. They get married because parents are unable provide their basic needs, and so they are married to someone who may be older than them and can take up that responsibility, maybe to support other younger family members as well. Many of these children are orphans, because of this pandemic disease which is HIV/AIDS.

PK: You know, if you educate girls, you educate the whole nation and you reduce the poverty level in the country. People will be able to know their rights if they are educated. As a school, there are a lot of programs and interventions that we are doing to help girls who have been forced to drop out due to marriage or pregnancies to return to school and complete their education. And of course, there are other stakeholders, like CAMA members [CAMFED alumnae]. They are supporting the girls, encouraging them to go back to school, work hard and succeed, so that they can have a better future. That’s what we do. PK: Yes, we often meet with the parents, or the guardians of the children, so that we identify the challenges which they are facing, and how we can support them. Then we have the CAMA members, who are doing a tremendous job here. Each term, they visit various schools at least twice a term, to sensitize the learners about sexual reproductive health, covering topics like personal hygiene, abortion, early marriages, and child abuse. They are also sensitizing learners about entrepreneurship, financial management skills, and leadership skills. They are doing so to ensure that learners acquire the knowledge and skills they need to become responsible citizens because they are the future leaders.

So CAMA is clearly having a very big impact. We now have 100,000 CAMA members across Africa. I would love to hear your impressions about what CAMA is doing for Zambia as a whole, and what it can do for Africa as a continent?