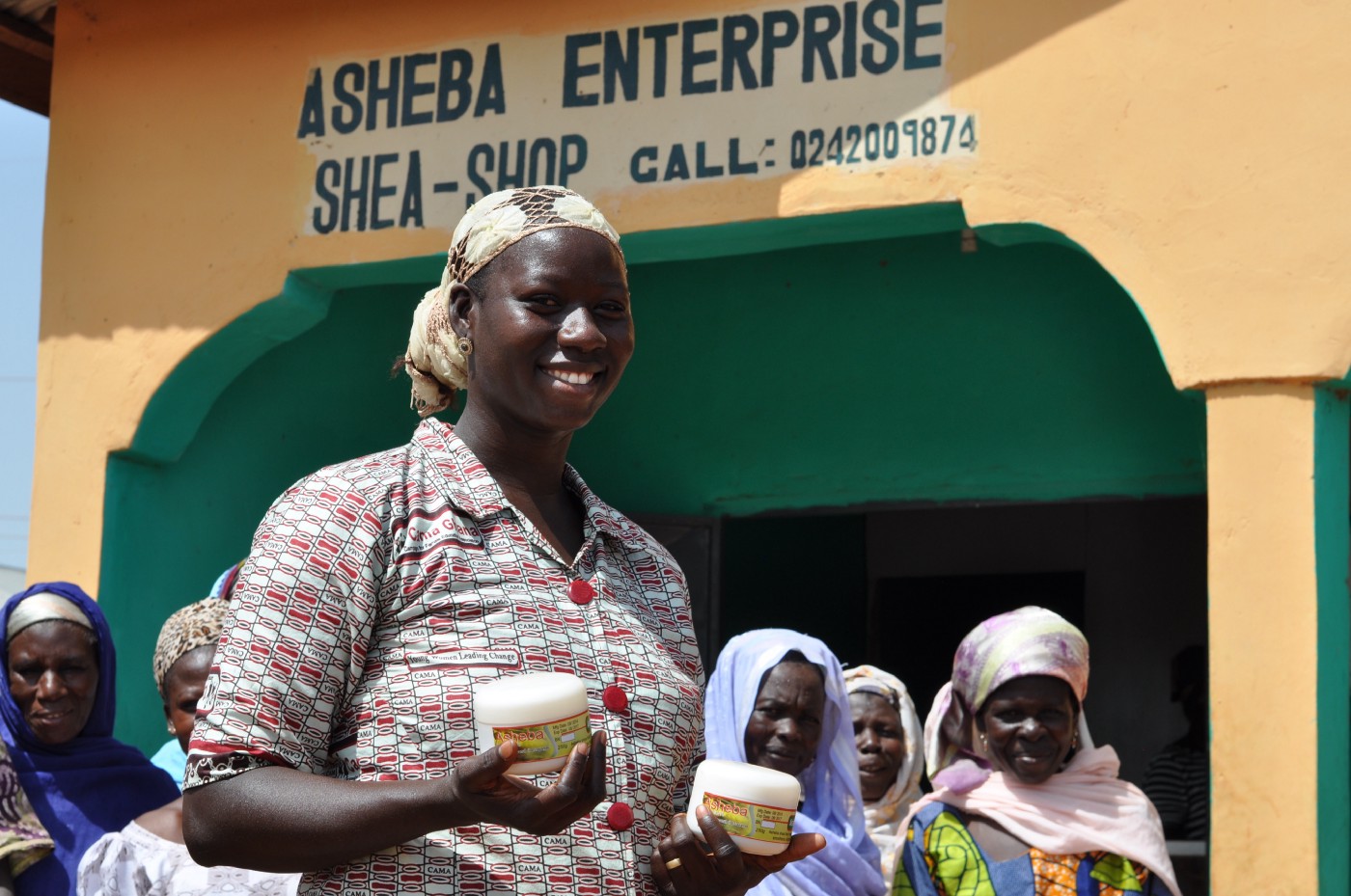 These female entrepreneurs in Ghana #PressforProgress in their communities every day

By Fiona Mavhinga, Executive Advisor for the CAMFED Association

On International Women’s Day it is easy to think about how far we are from gender equality.

According to the World Economic Forum’s 2017 Global Gender Gap Report, gender parity is more than 200 years away. And a report released by UN Women on 14 February, assessing our Sustainable Development Goal for Gender Equality, found pervasive discrimination against women and girls.

But on 8 March, I want instead to think about our progress.

Camfed has had cause for celebration recently, as two alumnae of our youth enterprise initiative with the Mastercard Foundation have won national awards in Ghana for their business innovations in shea butter and moringa processing. (Read the full story here). Growing up in marginalised, rural communities Ayisha Fuseini and Esther Naanbir could so easily have faced the same fate as many of the country’s youth who are affected by high rates of unemployment. But after training, mentoring and hard work they are both successful female entrepreneurs, selling their cosmetic products in Ghana and beyond.

What is particularly inspiring about these two young women is their determination to do well not only for themselves but for their communities. Both Ayisha and Esther now employ several women, creating vital job opportunities in areas where they are scare. Ayisha works with over 200 women from economically challenged rural backgrounds, grouped into cooperatives. She is helping them to identify markets and secure fair prices for their produce. She also provides training in financial literacy and has even set up a primary school for the children of her employees. Now seen as a pillar of the community, Ayisha was asked to get involved in local politics.

I would like to see this happening for girls and young women everywhere. Equip them with education and training, ensure a successful transition from school into employment, and we will have generations of women who are economically independent, who step into leadership positions and who create a ripple effect of change for those around them.

Within CAMA, the Camfed alumnae network, we are already seeing the powerful outcomes of girls’ education. This group of young women, now 100,000 strong, is made up of doctors, lawyers, teachers, advocates and UN youth representatives. And standing proudly amongst them are a wealth of female entrepreneurs — to date CAMA members have founded over 16,797 rural businesses, responding to the gaps in their local economies.

Entire nations can reap the rewards of educating girls, to unlock the tremendous potential that the otherwise marginalised female population can contribute to their communities and economies. By enabling more women to start businesses and become economically independent, we can reduce poverty, ensure more children are in school, and make a decisive step towards equality by dismantling gender stereotypes.

Young women like Ayisha and Esther are the compelling evidence that this really works. So on International Women’s Day let’s not be daunted by the long journey to gender equality, but let’s set in motion the small changes that can have lasting consequences. For me the most effective way to ‘Press for Progress’, is to ensure that girls can complete their education and find meaningful employment. Do this, and they will be the change. 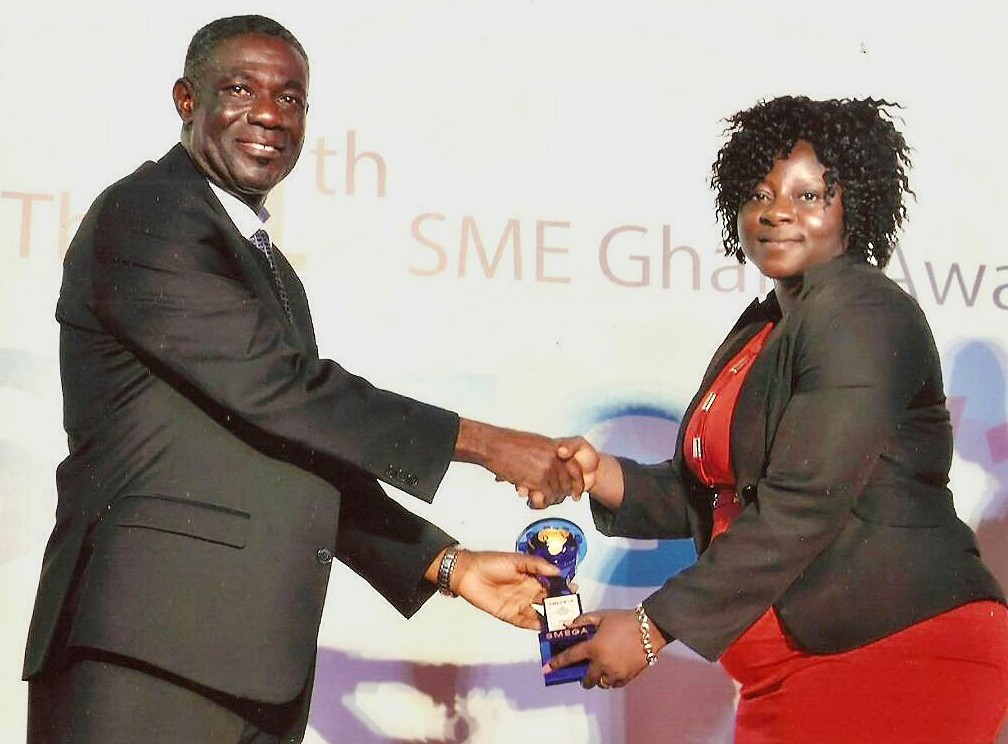 Esther Naanbir, Founder of Agape Moringa Processing, accepts her award for Woman of the Year at the Vodafone Small and Medium Enterprises Ghana Awards

This blog was first published on ONE.org on 6 March 2018. 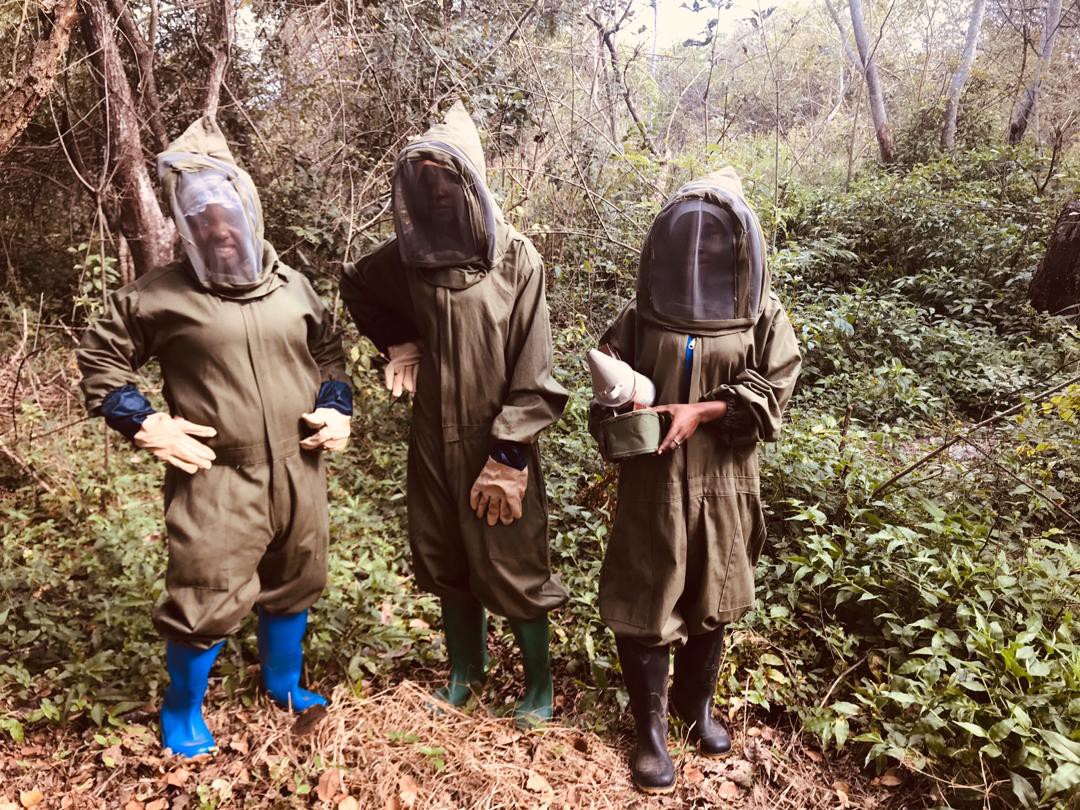