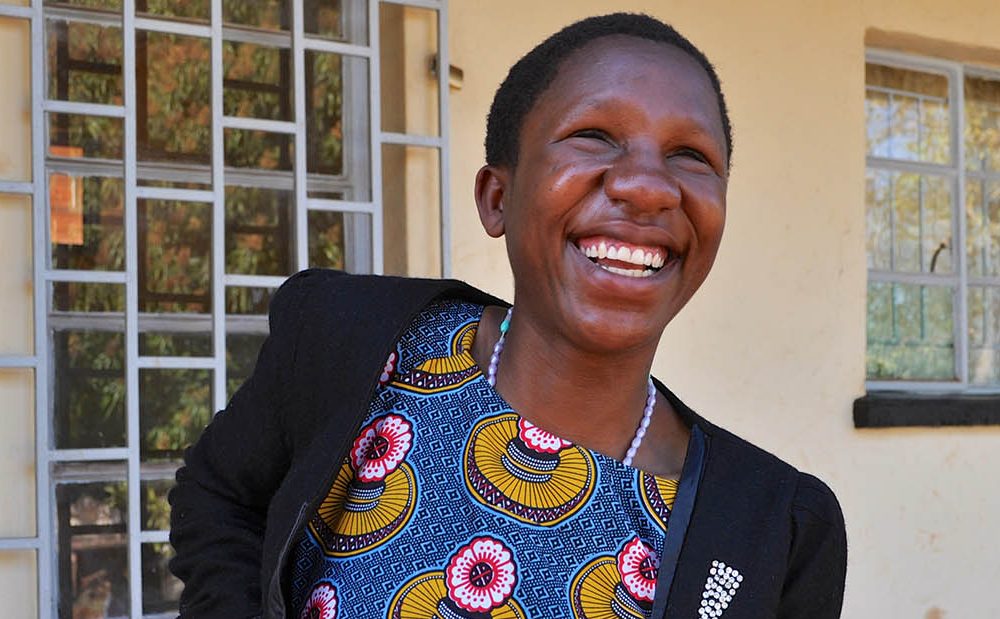 Tereza is from rural Malawi. She lives with her mother and three cousins who have been orphaned. To support the family Tereza’s mother does casual work, but has found physical labor harder as she has gotten older, so can no longer do as much. With no other source of income, it seemed as though poverty would force Tereza out of school.

There are many barriers to securing a secondary education in Malawi, particularly for girls.  Tereza’s mother did not complete secondary school, and her older sister became pregnant at an early age, dropping out in order to get married.

They hoped that things would be different for Tereza, but knew that her challenges were even greater, as she also has a visual impairment.

Then, when Tereza started secondary school, they found out she had been selected for CAMFED support. As well as receiving school essentials and fees, she now stays in a boarding house so she doesn’t have to make the challenging journey to school each day.

Tereza also has access to specialist equipment, including a braille machine and braille hand frame to help with her school work. Tereza’s favourite subjects are Biology, Geography, English and Chichewa, the official language of Malawi. To help her stay on top of the curriculum, her teachers or classmates sometimes read aloud to her, or transcribe her books into braille.

Her best friend at school is another CAMFED scholar called Grace. Grace’s albinism affects her sight as well, though not as severely, and the two girls like to help and encourage each other. Grace often guides Tereza and reads to her, and they like to play together.

When she is older, Tereza would like to be a teacher. She hopes to support members of her family and the wider community in education. With Grace and other CAMFED scholars, she will have the opportunity to join the CAMFED Association (CAMA), a peer support network for young women from marginalized backgrounds, who are deeply committed to supporting each other, and volunteering in their communities to help break the cycle of poverty and inequality for good.