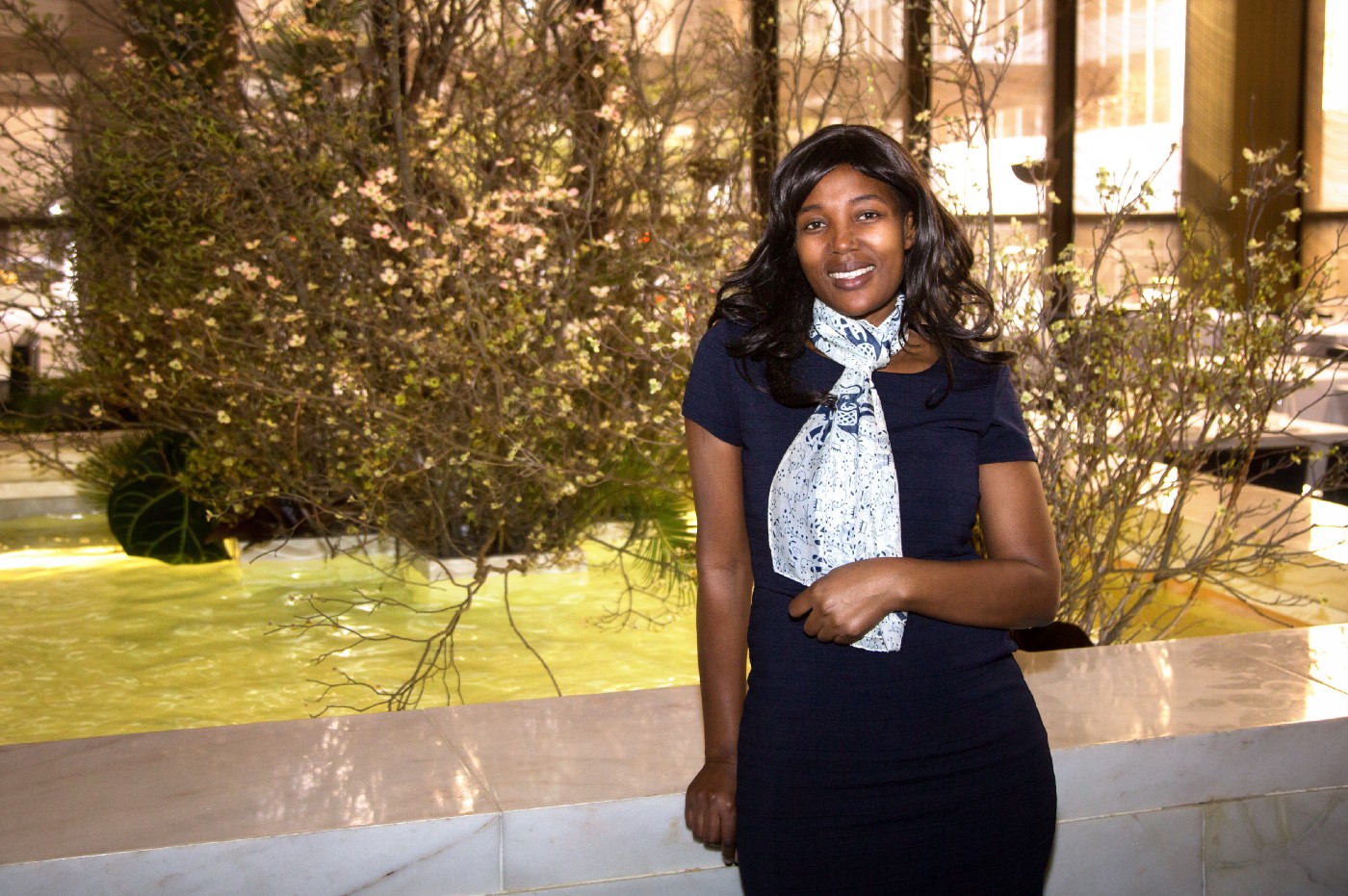 Imagine being a teacher’s daughter, but not having the means to go to secondary school.

I grew up in a small village in Seke District, Zimbabwe, one of seven girls and two boys. My father was a teacher but retired early due to ill health, so we were dependent mainly on subsistence farming. Sometimes I would go to school barefoot. We could only afford to buy tennis shoes once a year, in winter time — the only pair I wore at school, to church, literally everywhere. I was good at leading oxen during the plowing season and at times would be in the fields from midnight until morning, then would bathe and run to primary school.

When it came for me to go to secondary school, my family simply did not have enough funds to send us all. My father believed in education, but we were poor, and relied on having enough surplus maize to sell to raise money for school and exam fees, school shoes and uniforms. The problem was worsened by erratic droughts, which would reduce the crop. Village life is hard, and once a girl child stops going to school young boys are on the lookout to take their future. Maybe I would have ended there.

CAMFED came to my village in 1993. I was one of the first girls to receive bursary support to proceed to secondary school. The support has taken away poverty from my family. I wish my father was alive to enjoy the fruits.

My father had epilepsy, but I didn’t know this as I grew up. Then he died. He had a heart attack, he just collapsed. At the time, I didn’t understand and I wanted answers — — why this was happening, the epilepsy, and then the heart attack. This is what made me determined to become a doctor. And I did. I became a doctor and in 2014 I started training to become a pediatrician. I qualified in November 2017.

Over 60% of the population of Zimbabwe is under the age of 25, with 39% under 14. Poverty is the biggest barrier to education, and to good health. A lack of jobs fuels poverty, as well as a lack of faith in education. If you pay to go to school, and pay to go to university, and then you still have to become a street vendor to get enough money to eat, then people wonder if this is a good investment. So we have to tackle everything together: We need educated people to improve the economy, to create jobs, and to create better health. 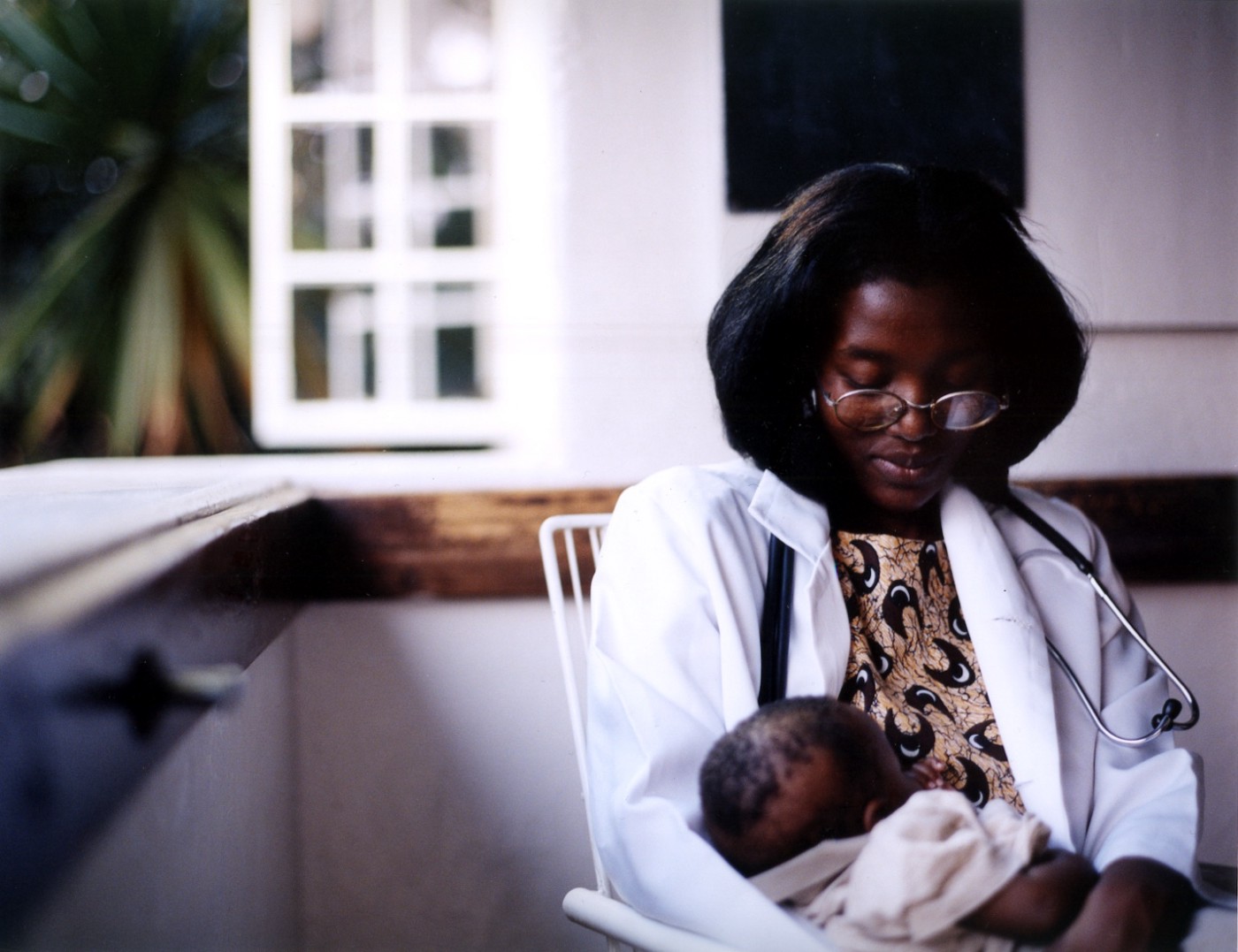 I am a pediatrician with a special interest in infectious diseases including HIV/AIDS. Photo: CAMFED

It is financially and culturally difficult for young women to access contraception, and so we see early pregnancies that put the mother’s life in danger.

HIV/AIDS is still a big problem among young people, especially girls and young women. It is financially and culturally difficult for young women to access contraception, and so we see early pregnancies that put the mother’s life in danger. We are seeing more and more young mothers come to the hospitals. We have four pediatric referral hospitals and some of them have to travel 500 to 700 km to see a specialist. Some of them die during childbirth because their reproductive system is not yet mature. And those who have the babies end up dropping out of school. Poverty is the lead cause. Some young people turn to commercial sex work as the only way to earn the money to eat, to go to school. Then they get pregnant, or they get HIV. Often, their education ends there.

When people (often women and girls) have to get fresh water from far away, and water is precious, then they cannot wash their hands regularly

As a pediatrician I see many other preventable diseases. We see children with pneumonia, children with malnutrition, and we still have a lot of children with diarrhea. There have been many improvements in water supply and sanitation in Zimbabwe, but we still have challenges, especially in rural areas. When people (often women and girls) have to get fresh water from far away, and water is precious, then they cannot wash their hands regularly. And the hospitals themselves may not even have running water for hand washing, so it’s hard to prevent diseases from spreading.

It’s not just the patients who face challenges due to economic disadvantage; we also face a lot of shortages at the hospital. Right now we are facing a shortage of drugs, and supplies like gloves, sometimes even running water to wash our hands. When there isn’t even hand sanitizer, we bring our own to the wards. Because of a lack of funding, we cannot run all the tests we would like to run; So you have to use your clinical judgement to diagnose the condition and provide the appropriate treatment.

I’d like to see Zimbabwe become more self-sufficient in terms of producing its own medical equipment and drugs, but we’ve had a big setback since the economic meltdown. Now we are importing a lot of our drugs and equipment and as a result, we are spending a lot of money. So if we could make them ourselves,that would be good:Being innovative, embracing the technology, and utilizing the people that are educated in the country to come up with something new.

Once someone is educated they will make better choices about their lives and their health.

We need to use our educated population, but also work to ensure more people are getting an education. Once someone is educated they will make better choices about their lives and their health. Educated women they will bear fewer children, and they will understand the spacing of the pregnancies to benefit their health and that of their children. They are more likely to use family planning better. So being educated is utterly good in helping to prevent some of these illnesses I deal with. And of course, people want to have better access to health and education, so we can use that as a driving force for change.

Every day there are members of our the network going out into communities and empowering them with the knowledge and skills to improve their prospects in health and education.

As part of the CAMFED alumnae network (CAMA) I work with my CAMA sisters to invest in the next generation. Every day there are members of our network going out into communities and empowering them with the knowledge and skills to improve their prospects in health and education. It is so important to involve community members, we start with the community and go up the ladder. By engaging them we can do amazing things that are really important for the health and wellbeing of their children, enabling them to stay in education. For example, starting feeding programs in schools, improving sanitation facilities and breaking down cultural taboos, so that young people can access comprehensive sexuality education.

CAMA has been driving these changes for 20 years now. Of course there are still many challenges, but we are giving hope to girls and to their communities. With CAMA we can conquer the world!

Dr. Runyararo Mano (nee Mashingaidze) is a founding member of CAMFED’s CAMA alumnae network, and was working as a ‘Young Investigator’ at the University of Buffalo’s Center for Integrated Global Biomedical Sciences when she shared this blog. 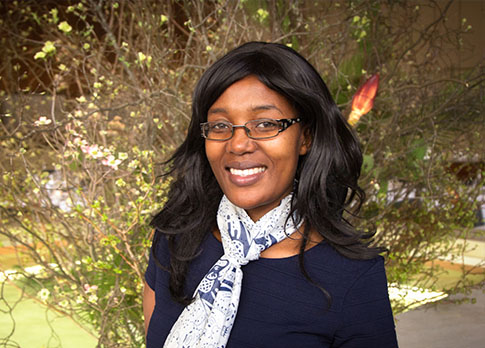 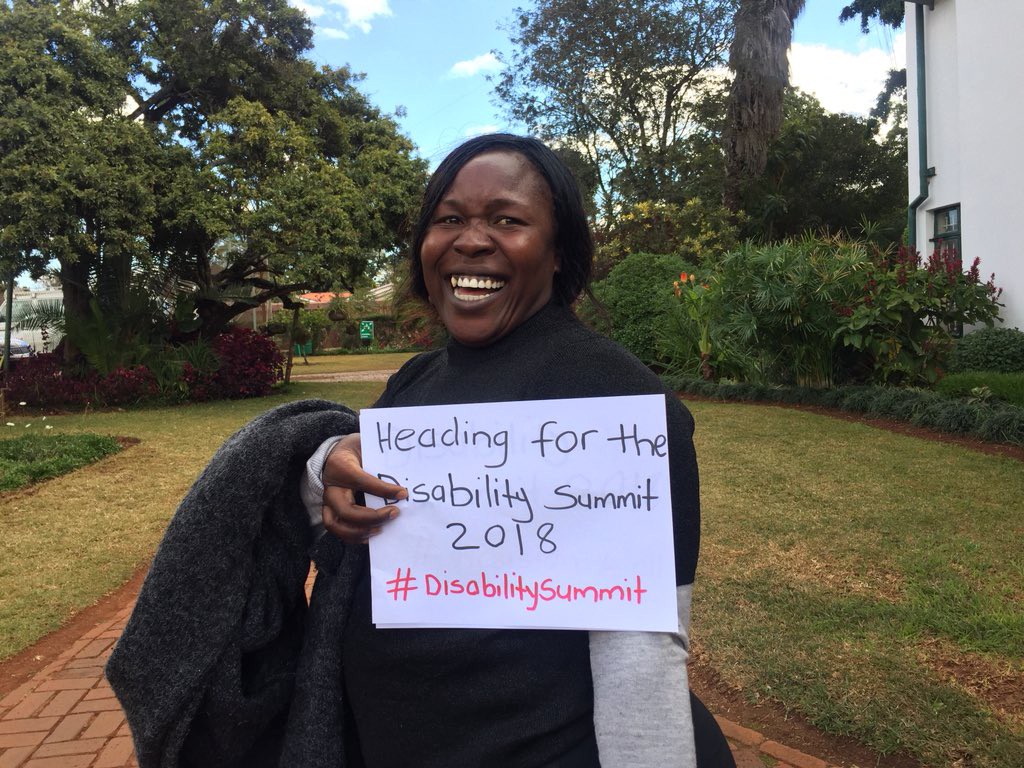 Primrose Mandishona participates in the Global Disability Summit in London (24 July 2018). Primrose wants to see children with disabilities be given access to quality education, and supported to live independent, fulfilled adult lives.