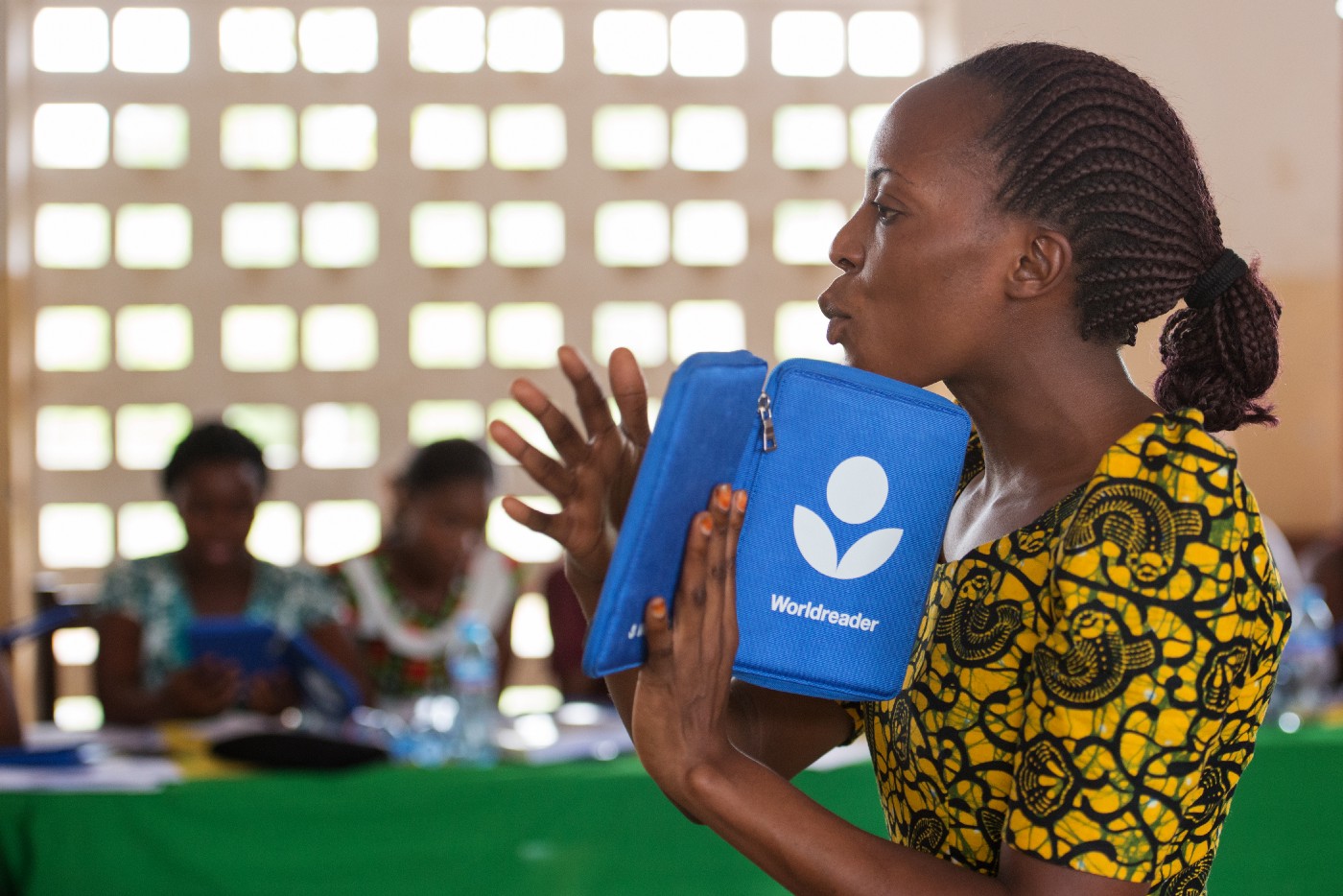 For me, literacy is about more than reading. It’s about how you deal with life.

So many times in my life I felt like every time I made a step towards success, something terrible happened to bring me back to start from scratch.

I felt unlucky, like I would never succeed in anything good. Then I became a CAMFED Learner Guide and a literacy technology expert. I realized that I have the power to help and protect students, especially vulnerable girls, so they can be safe and succeed in school. I can do this because I understand how hard their life is, and because I now have the respect of the teachers around me. I am literate in technology, and in life.

I was not confident that I could actually go back to school and learn after staying at home for one year.

I am from rural Tanzania, the last born of five children, brought up just by my mother. She worked so hard on the farm, but when I passed my primary school we had no money for secondary school. I stayed at home for one whole year. One day a ward councilor who knew our situation told us about CAMFED’s scholarship for vulnerable girls. I was not confident that I could actually go back to school and learn after a whole year. But the district education officers were able to secure me a place at secondary school with CAMFED’s support. For the first six months, I had to walk 10 km each way. Then CAMFED supported me to stay in the school hostel. 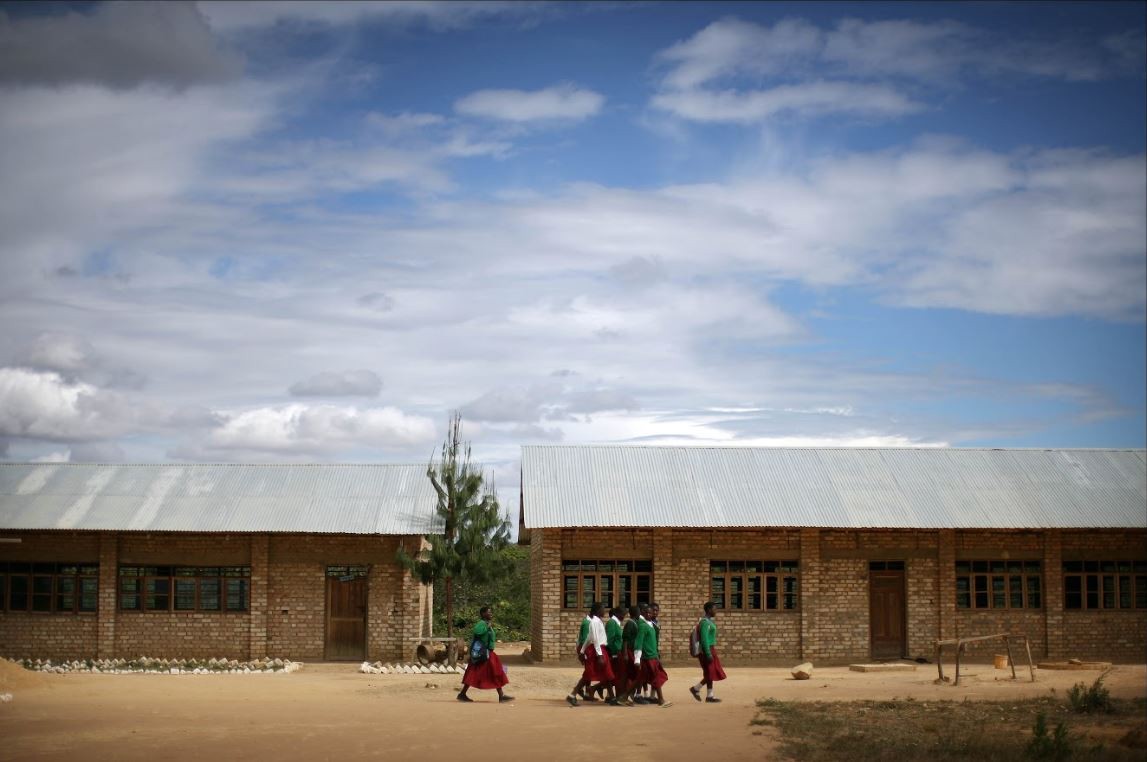 Because of where I come from, I had no idea how my life would be after school. Many girls think that a man could be the salvation to their hardship. There was pressure from a man when I was still in school, giving me promises of a better life after school. But I was thinking, “What if he’s lying to me?” All the ‘what ifs’ were really distracting me and made it hard to concentrate at school. It meant my performance dropped, but I did not succumb to temptation. I felt I had one savior from this life of poverty, CAMFED, and if I had failed, no one would be there to support me.

I will give my plot of land for them to build a shop so they can work as a group.

After school, when I was just staying at home working with my mother on her farm, I was invited to a business training arranged by CAMFED. There I was introduced to the CAMFED Association (CAMA). All these young women like me, who had received support to go to school, come together to help each other, and to find ways to make a living. With four other students from my school we chose to learn bakery skills. We received tools and equipment and a small start-up grant. My mother was so happy. She said, “What type of people are these to go that extra mile to support you — through education and now they’re even giving you capital for you to stand on your own feet.” When she met the staff she said, “For all you have done for my child and the children of my village, and now you are giving them equipment and capital, I will give my plot of land for them to build a shop so they can work as a group.”

Anyone who has started a business, even in a rich community, knows how hard it is. Some of the members of the group moved out of the village and went to town, so in the end there were just two of us. It was really difficult to get profits but we kept trying. Then my friend fell ill with a sickle cell problem and after some time she passed, so I was left sad and on my own with my business. Times were very hard. The business was giving me no profit. So I decided to start making what we call in Swahili ‘half cake.’ I opened a retail shop near my community hospital, where many sick people come from the village but there are no services around. The business picked up and my mother was supporting me to run the shop. Life was starting to go well. I was able to care for herself, care for my mother. I felt like I had raised the bar of my life.

I had to stay strong because now I had this little child that needed me most. 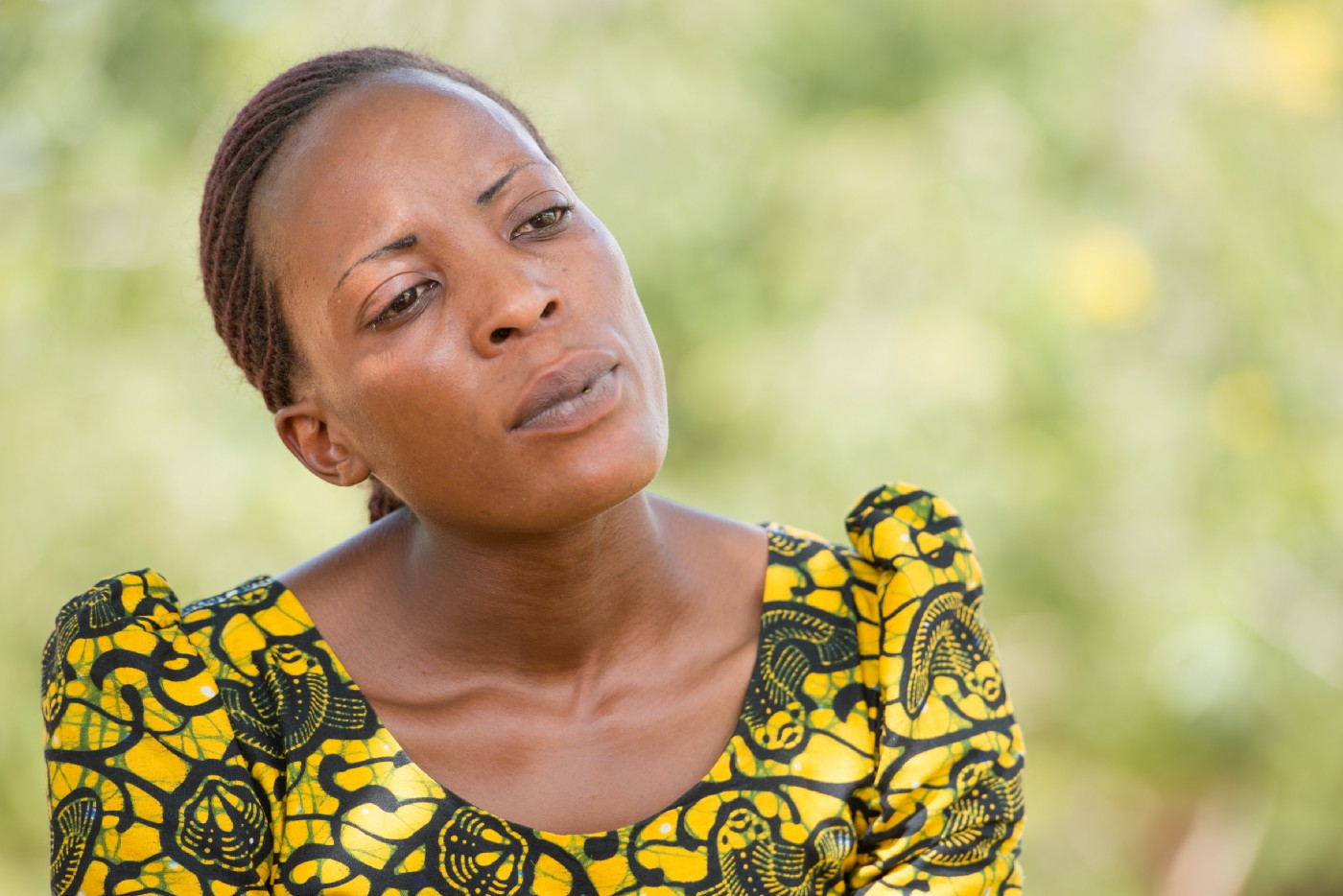 And then a man came along. I fell in love, and he gave me promises of marriage and living happily ever after. But the promises were broken and I was left alone with a baby, feeling shattered. That incident took me back to where I came from emotionally. I felt like every time I made a step towards success, something terrible happened to bring me back to start from scratch. I did not have a good foundation to support my child but I had to stay strong because now I had this little child that needed me most.

They told me about a new literacy program, delivered in schools by CAMFED Association Learner Guides.

Because of the trauma in my life I got disconnected from the outside world, from my sisters in the CAMFED Association. But they found me when Grace, the district chairperson, contacted me about some unused bakery equipment. The CAMFED Association members who came to pick it up told me about a new literacy program, delivered in schools by CAMFED Learner Guides. They explained how Learner Guides get training to support students with life skills and with technology to improve their reading and English. In my country, the teaching and exam language changes from Swahili to English at secondary school. This is another big barrier for students, added to the poverty in rural areas. Most of the students drop out at Form 1 because of the language barrier. 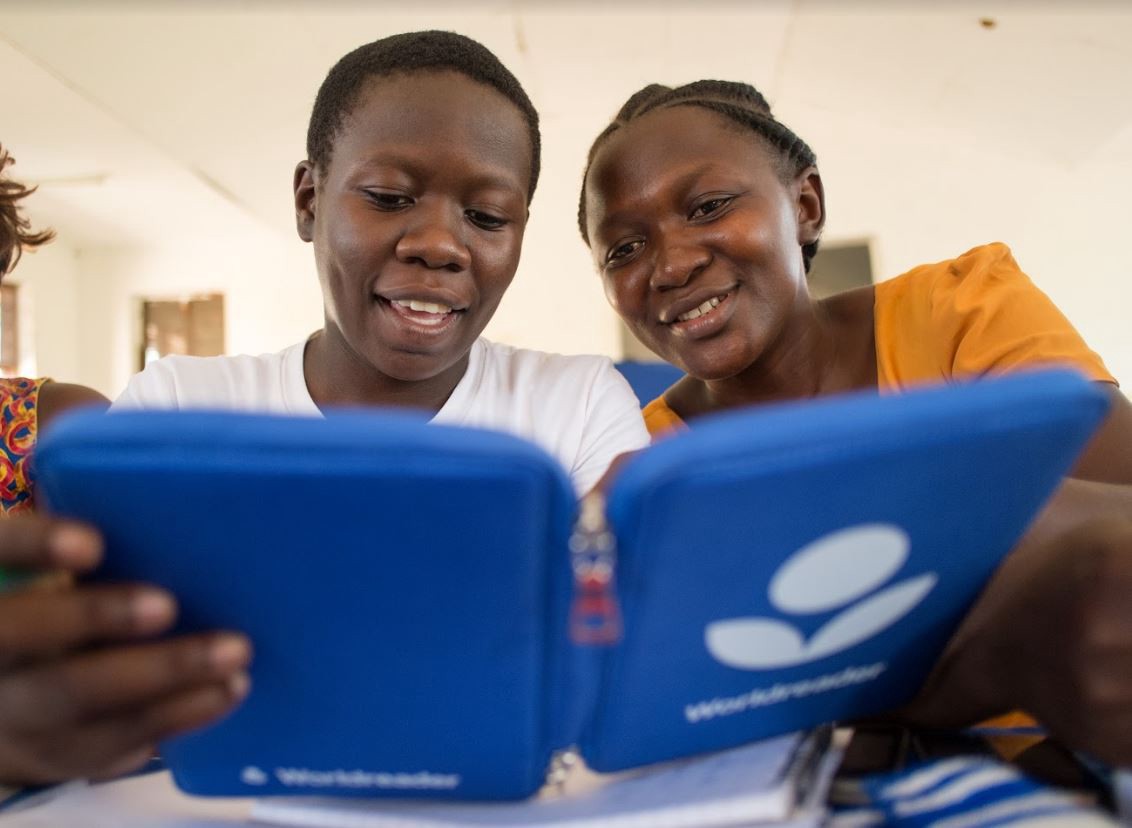 There is life again; I can make it, I can dream again.

I felt really inspired after talking to my CAMFED Association sisters and was very eager to learn new skills and get engaged again. I applied and was so happy to be selected to receive the whole CAMFED Learner Guide training package. Before being a Learner Guide for English literacy I had never even held a smartphone. Now I learned how to use the Worldreader e-reader. This would be given to students to access thousands of books, and English and Maths study guides. Coming into this training, being exposed to this kind of technology — it uplifted my spirit; I thought ‘there is another opportunity, there is life again; I can make it, I can dream again.’

Having that transition of status in society, I felt I was a different person. 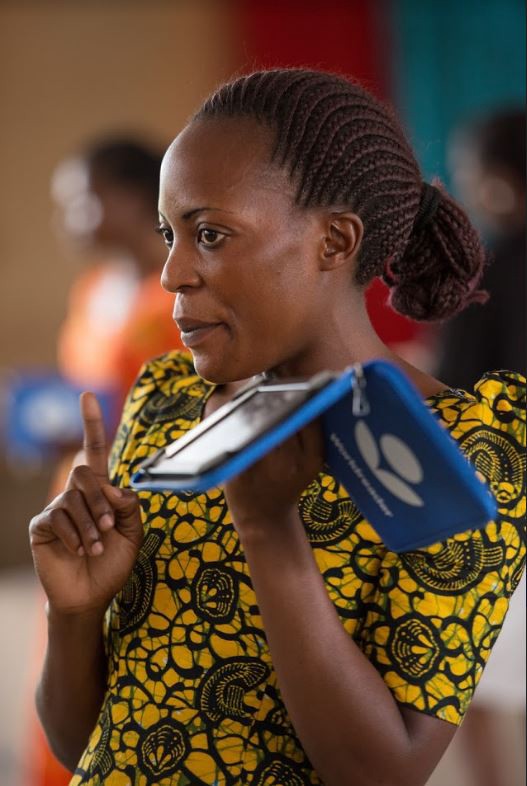 When I reported to school — the same school I learned in — and was received as a Learner Guide, working with teachers, and having that transition of status in society, I felt I was a different person. It changed my perspective of life completely and I saw this as a new beginning. The teachers took me as equal and address me like any other teacher. I am bringing technology into my school. Out of all the teachers, no-one else knows how to use an e-reader, so every teacher, before using the e-reader, has to ask me for guidance. And these are people who have degrees, and they have to ask for technological support from a Form 4 Learner Guide. I feel like I have brought something new to the school, and I enjoy the excitement that comes with this program in the school.

One of the biggest challenges for the students that I am mentoring is the lack of resources at the school. There are too many students for the amount of chairs and desks available, so it is really crowded. Students are advised to use the e-readers on the table rather than on their lap but with the crowded class where it is even dark inside, most of the time I run my sessions outside under a tree because at least there is air and the students can sit down to read and study.

I would be on the forefront to make sure the child gets the support she needs.

I know that all the hardship I have had also makes me a better mentor to the students I support. Life teaches you skills you can pass on. Now if I found out that a girl in school is facing pressure from a man, the problem would touch me personally. I would be on the forefront to make sure the child gets the support she needs because I know the loss that follows from this. I would approach the Teacher Mentor* and make sure that she handles it. I would make sure my Core Trainer and all the supporting structures around Learner Guides were aware of it and get the guidance on how to support the girl.

Now you have so many people around you who are setting examples, being role models, people who wake you up, people who lift you up 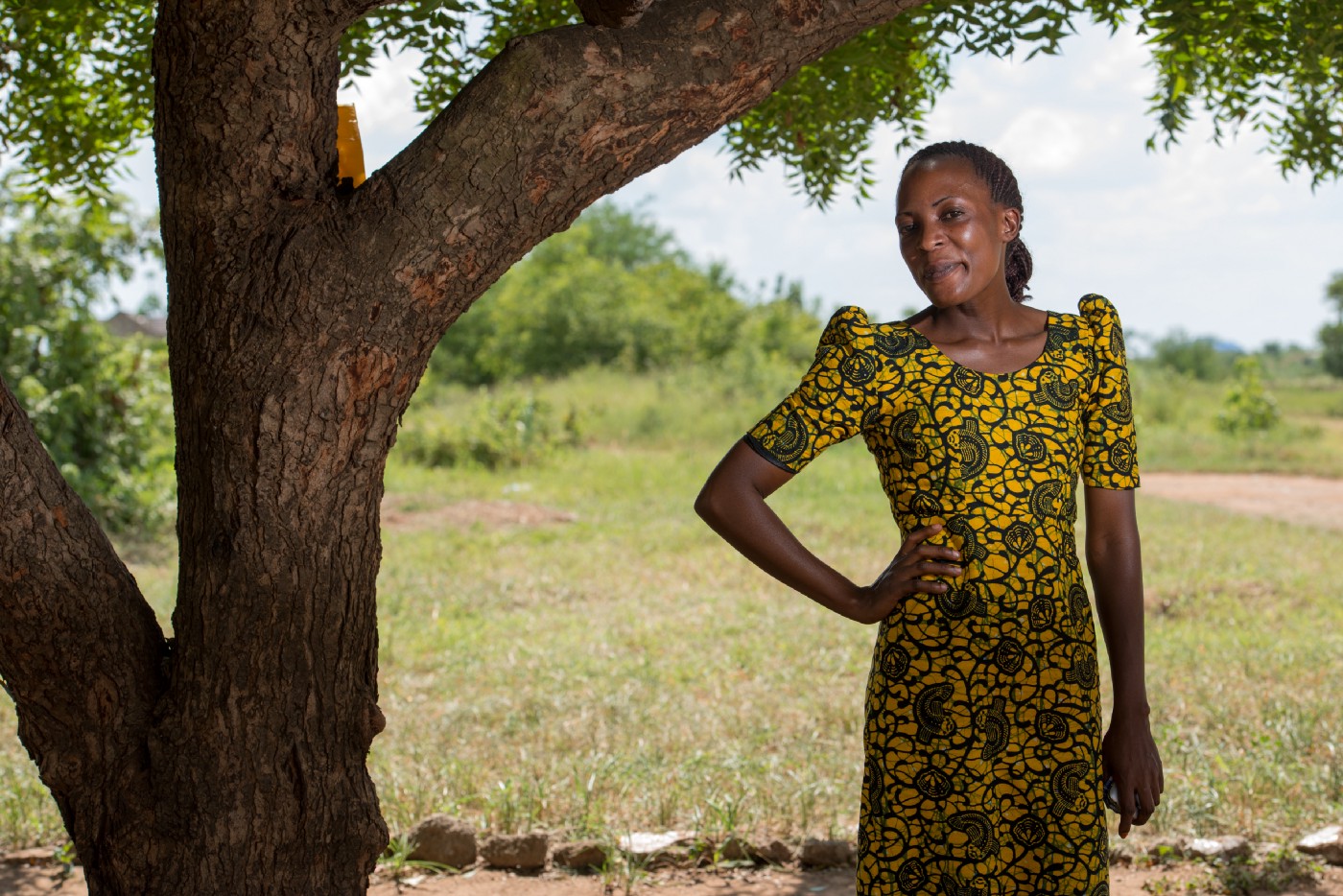 I think the CAMFED Association and the Learner Guide model are going to rescue Tanzania from women’s dependency, especially in economic situations. I am now connecting with CAMFED Association members every day. CAMA wipes my tears in all my troubles. Now you have so many people around you who are setting examples, being role models, people who wake you up, people who lift you up. I now feel I know what is happening. The information I receive opens and widens even the way I see my future. I think after a couple of years, women’s dependency here is not going to be an issue. Because we are becoming literate not only in reading; we are literate in life.

*Teacher Mentors are government teachers at CAMFED partner schools, who receive additional training in child protection from CAMFED, look after vulnerable children at the school, and connect with CAMFED Association members, parents and school authorities

0Find out more about the Learner Guide Program. 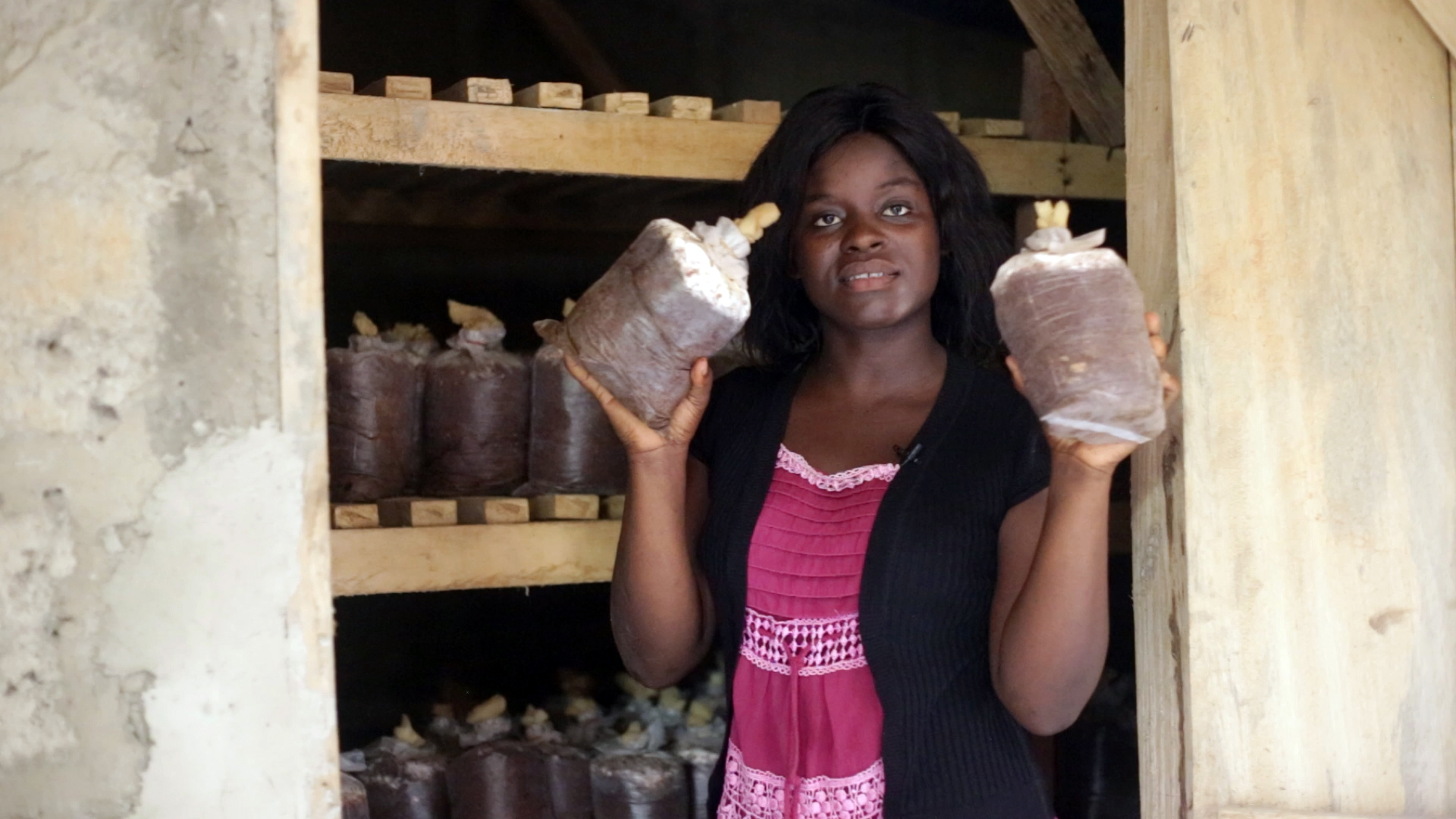 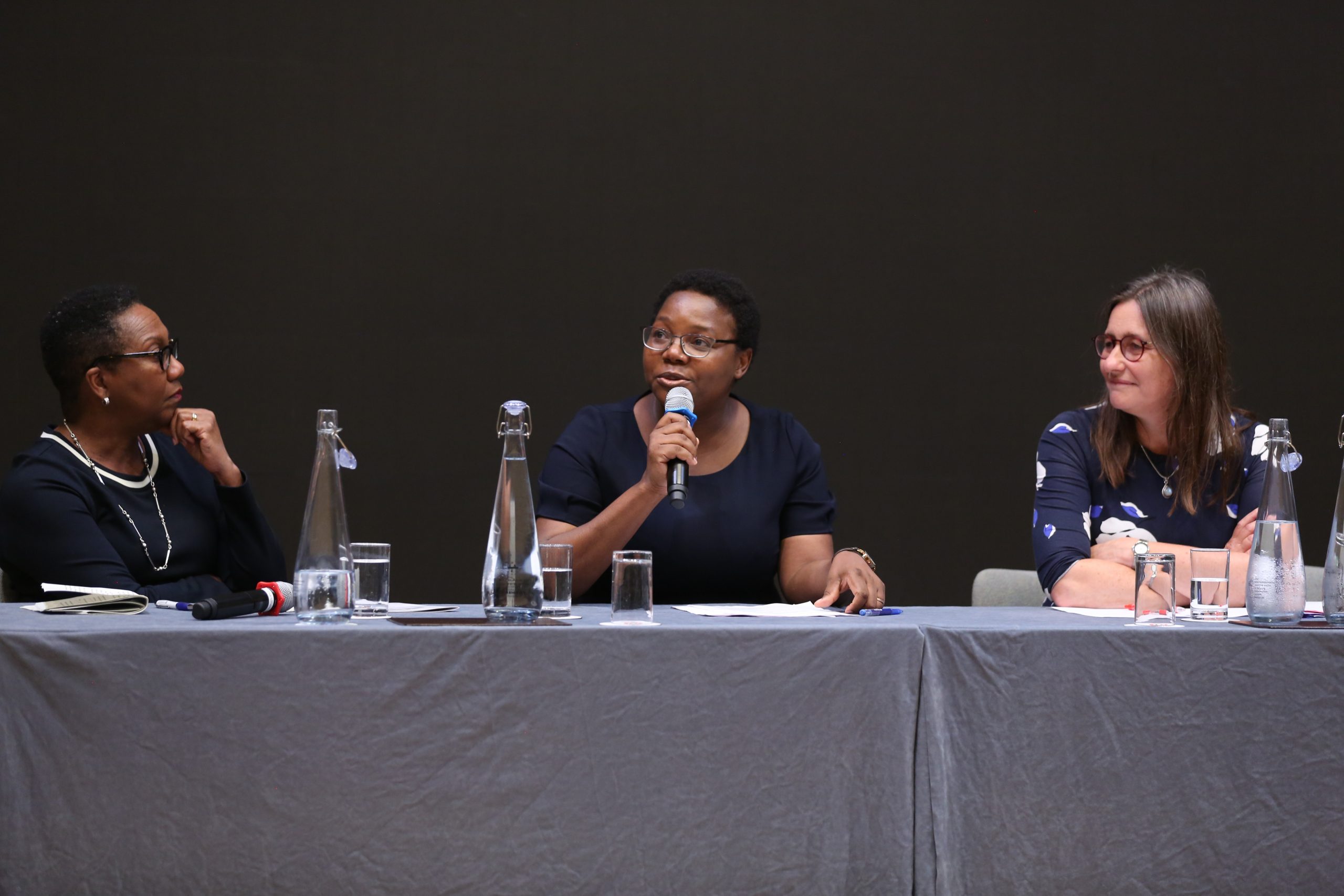