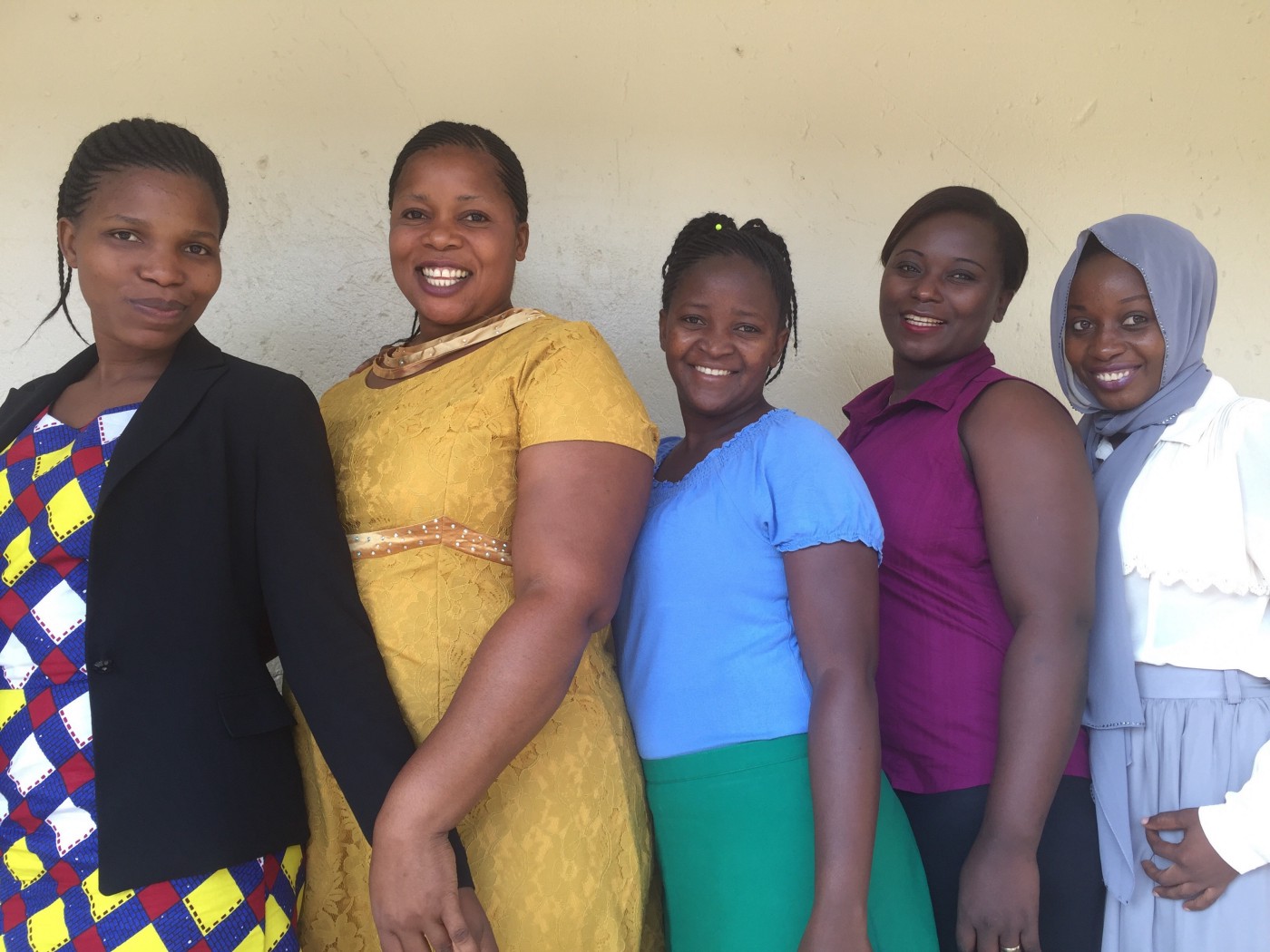 “I have seen girls suffer,” Mary told me. “And I knew I had to speak for them.”

Mary grew up a rural girl. Like me, she was born poor, but when she got the opportunity to go to secondary school with CAMFED’s support, Mary excelled, and won a government scholarship to university to study education and become a teacher. It was her first time in the city, at an institution with thousands of more privileged students who had the benefit of an education in well-resourced urban schools. Yet Mary’s lived experience helped her truly understand the fault lines she saw, and fearlessly campaign to fix them.

Mary learned that young women at college campuses and in big cities — in Africa and around the world — were facing similar problems to girls in her rural community. Those struggling with their own financial and personal circumstances, already fighting to stay in education, were at grave risk of sexual exploitation by those promising to bridge the financial gap. Mary, as Head Girl at her secondary school, had advocated against such relationships, and educated girls about the dangers of HIV/AIDS. 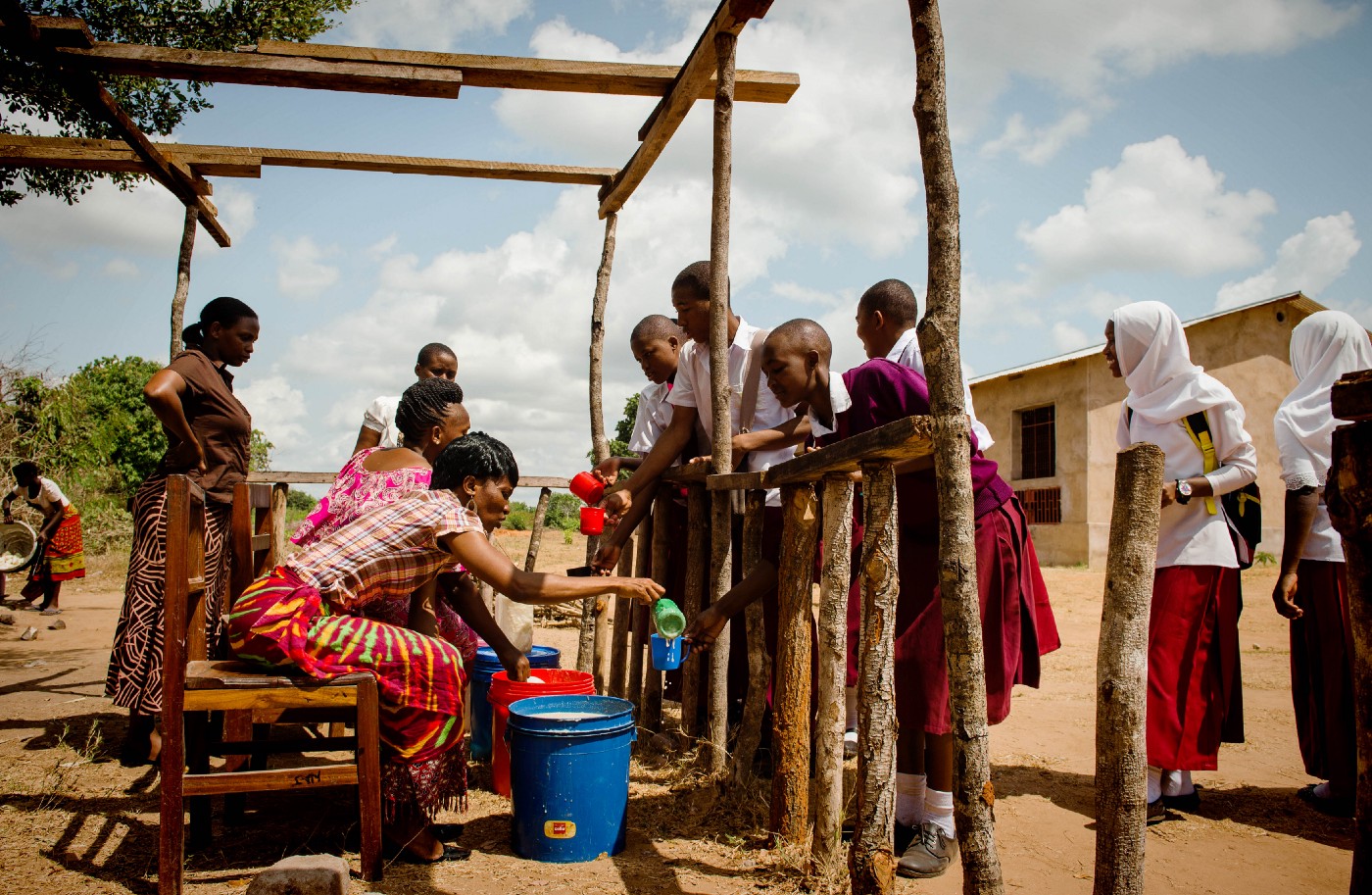 I have a voice, I should speak for them, I should liberate them.

“Girls fear to report their problems,” Mary explained to me. “But we have the national Constitution to protect us. I thought, ‘Girls have rights and I have an ability. I should fight.’”

Our common past gives us empathy, strength and boldness. Mary contested the election for student government, in spite of considerable challenges. Mary was on a government scholarship and had no money at all — and campaigning is expensive. You must hold events, provide t-shirts, buy banners and posters, provide transport and lunches. Some people told her she wouldn’t succeed, but many students, including young men, started rallying around her and campaigning for her. They started making banners and posters for her, asked her what she wanted to put on them. Her supporters said, “We’ll organize the events; you just come and talk. Women have equal rights in this institution.”

“A lot of people wanted me to represent them. I had to speak to more than 4,000 students,” Mary told me. 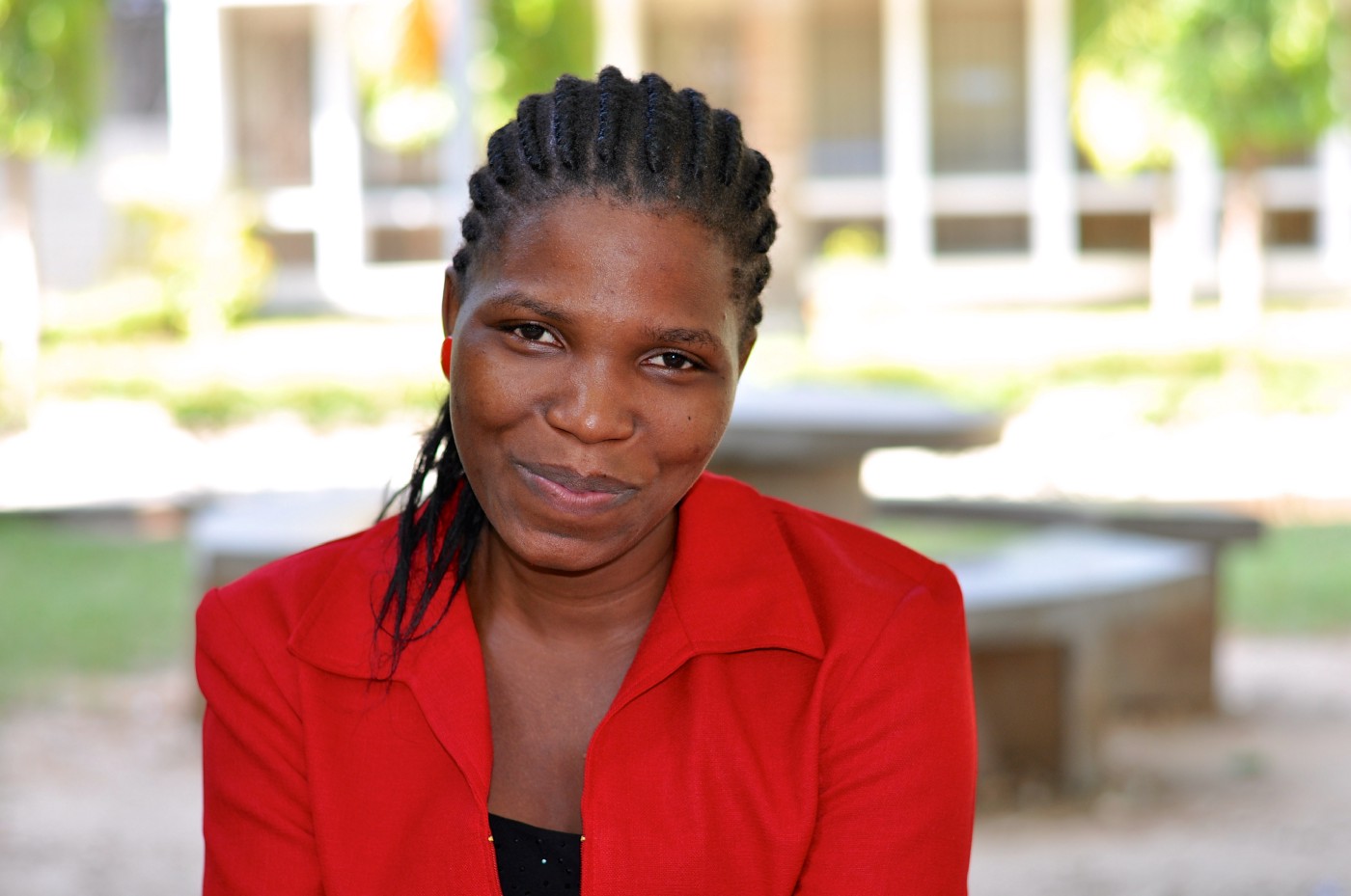 “One of the questions they asked me was the issue of girls dropping out. I told them that there is no fear here. A love affair is a choice; you can’t force somebody. We will go together to fight this thing. Last year in March I was elected, and I was appointed Deputy Minister of Information & Communication in the Cabinet in April.”

Mary, a young woman from an impoverished rural community, managed to convince a whole university to vote for her.

Mary, a young woman from an impoverished rural community, convinced a whole university to vote for her. Without the financial backing or resources or flamboyance that other students had, she still succeeded.

Mary took constructive action to solve a problem which could have created further fissures. She knew that lack of student accommodation made first year students especially vulnerable to exploitation. As one of only four women in a student cabinet of 28, she led the lobbying effort.

“We lobbied the President of our country,” she told me. “We put forward our case, made sure we knew our legal rights, and brought statistics about girls who had left college early. The only thing we want here is a hostel, so that girls are not under pressure to sell themselves for accommodation and transport money. We convinced him with data and spoke our issues very clearly.”

The President came to the university in May 2016. By July, hostel construction had begun. They are now officially open, offering low-cost student accommodation.

It pains me to think that somebody like Mary would have dropped out of school, subject to early marriage, early pregnancy, and a short life of domestic toil

Mary and her cabinet have also lobbied for the lowering of university fees, and ensured that female students fully understood their rights. “This suffering has no place at the university now,” she said. “We organized seminars with lawyers’ organizations and the Administration. They told the girls they have rights, they can choose what they want. Not be forced to fall in love. And that brought awareness. Now this thing has no opportunity.”

It pains me to think that somebody like Mary — leading a movement at her university which will change the prospects of young women for generations — would have dropped out of school, been subject to early marriage, early pregnancy, and a short life of domestic toil. 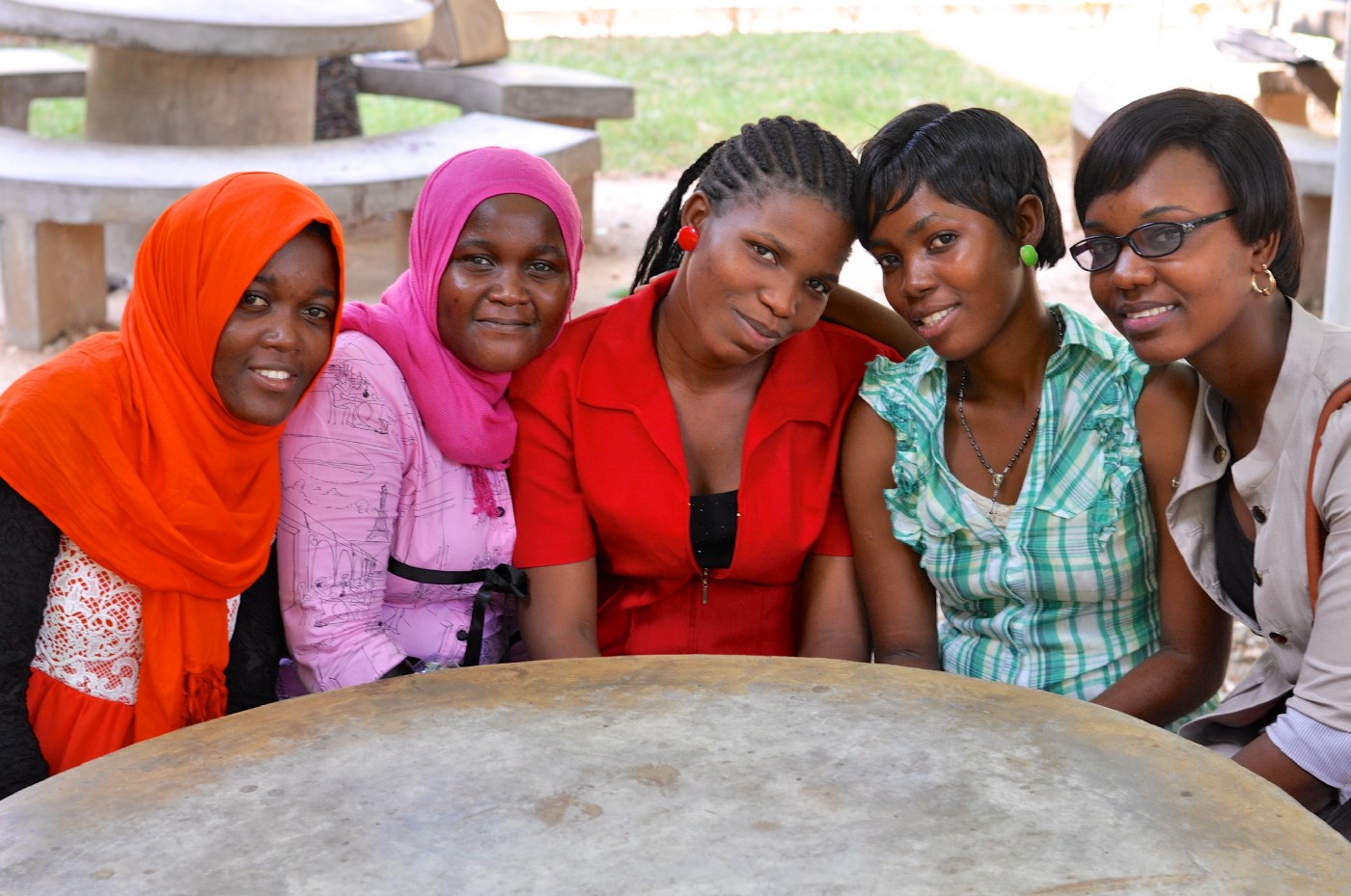 Mary (middle) with her friends at university. Photo: Patrick Hayes/CAMFED

Mary shares her success with other members of the CAMFED Association (CAMA), women leaders educated with CAMFED support. She was one of the 23 extraordinary young women from Malawi, Tanzania, Zambia and Zimbabwe, elected leaders and ambassadors for the CAMFED Association, who joined our Regional Leadership Summit in Johannesburg this March. We came together to explore how to further develop our network — a movement for girls’ education and women’s empowerment. We want to strengthen our shared values, and learn from and leverage the innovative ideas and ground-breaking achievements within the network. I think many of these young women will make history. Mary’s story illustrates why I am so sure of that.

Leadership comes with a lot of responsibilities. A leader can lead people to see light or darkness.

At our summit we talked about CAMFED Association leadership transcending the network. Mary wasn’t talking for the Association, but the network gave her the strength and the backing. She said when she was in a big meeting, she would just imagine that she was with the CAMFED Association, and everyone was agreeing with her. “If someone could do all this for me, I need to do it for the other girls,” she told me. “I have nothing to fear. I need to speak up. Leadership comes with a lot of responsibilities. A leader can lead people to see light or darkness.”

Last week, I received an e-mail from the Skoll Foundation, whose support made our summit, and the scaling of our network, possible. Through its investment in the CAMFED Association, the Foundation supports young women from marginalized rural communities across sub-Saharan Africa to step up for change, unleashing inspirational leaders for social good. The theme for the Skoll World Forum in Oxford, Creating Common Ground, immediately made me think back to my meeting with Mary and the Association’s other great leaders, living the words of Sally Osberg, the President and CEO of The Skoll Foundation:

Together we will forge ahead to build bridges across the greatest divides.

Fiona Mavhinga was one of the first girls supported by CAMFED (the Campaign for Female Education) in Zimbabwe. She is a lawyer, and a founding member of the CAMFED Association.

If you believe in the work CAMFED is doing, please lend your support. 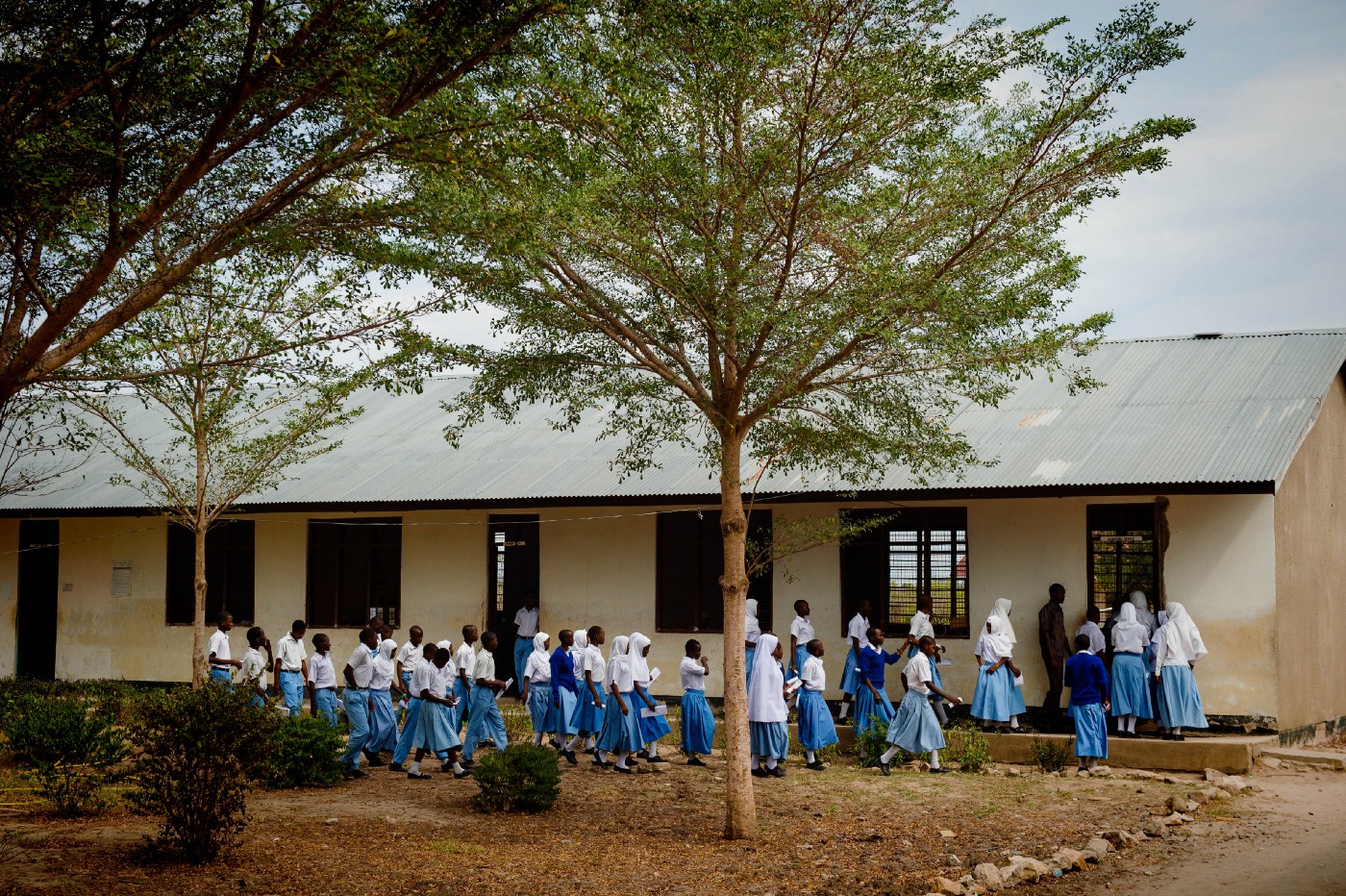 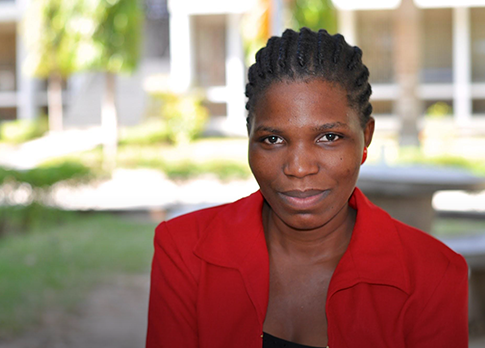 Mary was orphaned at a young age and grew up with her grandmother in rural Tanzania, forced to drop out of school because there wasn't enough money to cover her costs. Then Camfed stepped in. Mary excelled at school, went to university, won a student election, and fought gender discrimination using her lived experience of poverty and marginalization. 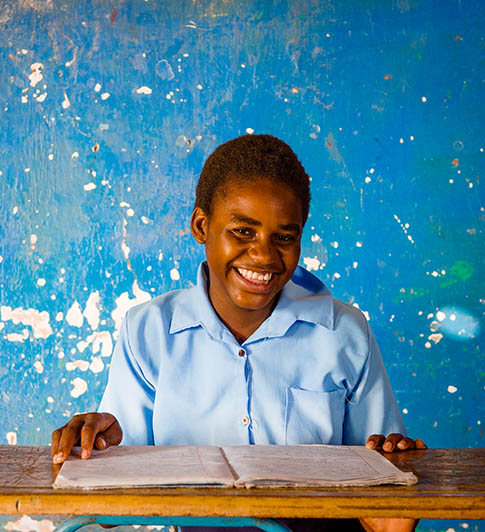 World Day of Social Justice (February 20) is a date to recognize how far we must travel to tackle poverty, exclusion, gender inequity, and other critical challenges. These are issues exacerbated by the global pandemic, which threatens to exclude 11 million more girls from school and leave behind all children who cannot access online learning. To move forward, our world requires solutions that combine grassroots leadership with national and global commitment and investment. So, on this day, take a moment to hear from CAMFED’s experts — young women with lived experience of injustice — as they lead agile local action and global advocacy for the most marginalized.