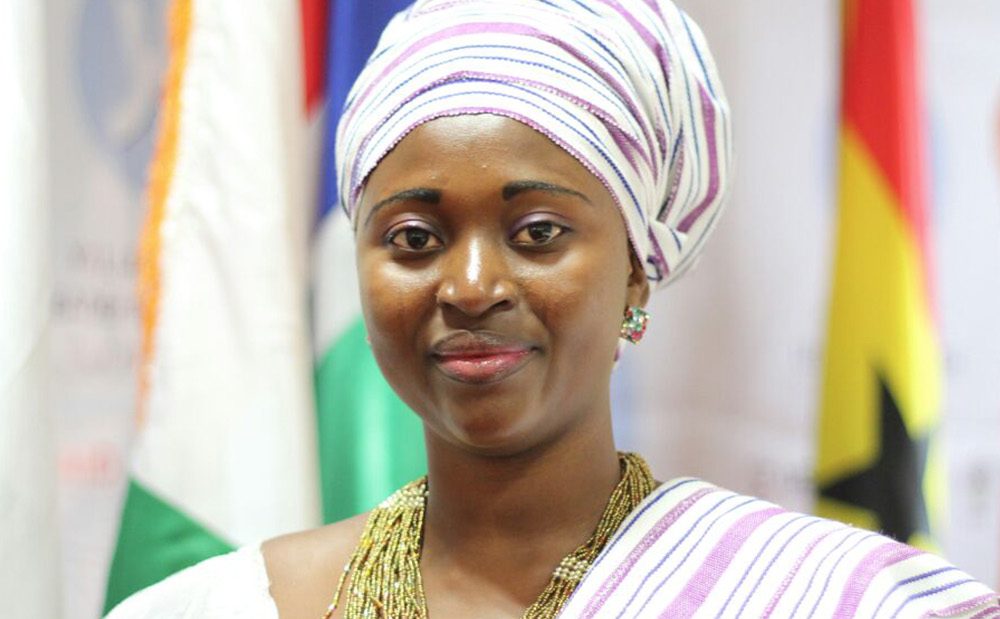 Fatima is the thirteenth born in a family of 14 children. Her struggle to get a secondary education and fulfill her lifelong dream of becoming a nurse began as soon as she had completed primary school. With no money for school fees, Fatima’s mother gradually sold off her possessions to support her daughter, whist Fatima herself worked before and after school selling chewing sticks (sticks used for cleaning teeth) at the market.

Over many years Fatima faced a daily battle to remain at school and avoid early marriage. Waking at 4am, she embarked on a three hour walk to school, working at the market each morning and evening, and studying late into the night by a smoking lantern, which has permanently damaged her eyes. Recognizing her determination and hard work, her father eventually contributed by selling one of his two sheep to help with her school-going costs.

Fatima passed her exams and was promised paid work in Accra, but once there, she found herself working long days in several jobs with no remuneration. Her health suffered, and she returned home to recuperate, relying on local medicine, as there was no money to send her to hospital. When she was better, Fatima found work in an orphanage, and continued to sell chewing sticks.

Still determined to pursue her dream, she applied for nursing school and was one of 94 students accepted from over 600 applicants. But Fatima’s hopes were soon crushed when she realized she did not have sufficient money to pay the fees.

Every day I was indoors crying until a friend came by and told me about CAMFED. They rekindled my hope of becoming a nurse in the future… And every day I studied hard, because I had to make CAMFED proud, and I had to make my mom proud.

With support from CAMFED and the Mastercard Foundation, Fatima was able to complete her training course, and today she is a professional nurse in Ghana. She joined the pan-African CAMFED Association (CAMA) network, as an education ambassador and health advocate, speaking on issues including maternal mortality, HIV/AIDS and domestic violence. In 2017 she was elected Northern Regional Chairperson of CAMFED Association Ghana, and often leads talks, marches and media appearances with CAMFED Association and community members in her efforts to end child marriage and other violations of women’s and girls’ rights. I serve as a role model to a lot of people. Young women always come to me for advice. I do a lot of advocacy. I make sure girls out there take their studies seriously. I teach girls about teenage pregnancy, contraception, and how to keep themselves safe.

As well as local leadership and activism, Fatima has been invited to participate in events at national and international level. In March 2015, she travelled to the UK to speak on a panel entitled ‘The Education Emergency’ at the Women of the World Festival in Cambridge. In November 2015 she was selected as one of a handful of ambassadors to join the US government’s Young African Leaders Initiative (YALI) for the West Africa Leaders Program in Accra. Fatima is passionate about maternal health. In 2017 she started training Traditional Birth Attendants (TBAs), who support women to safely deliver their babies, as well as supplying important nutrition and reproductive health information.  By 2018, Fatima had already trained 200 TBAs across eight communities. At the same time she began studying for a BSc in Midwifery at the University for Development Studies in Tamale, bringing her a step closer to her long-term goal of starting a maternity home.

As the regional chair of her CAMFED Association chapter, Fatima has thrown the full weight of her medical experience and expertise behind their efforts to fight child marriage and teenage pregnancy.  Through advocacy and action for girls’ education, Fatima sees the influence of the CAMFED Association as a driver of development.

Soon CAMA, the great CAMFED Association, will rule the whole nation, because the hand that stirs the pot can equally rule the nation.

Fatima in the News