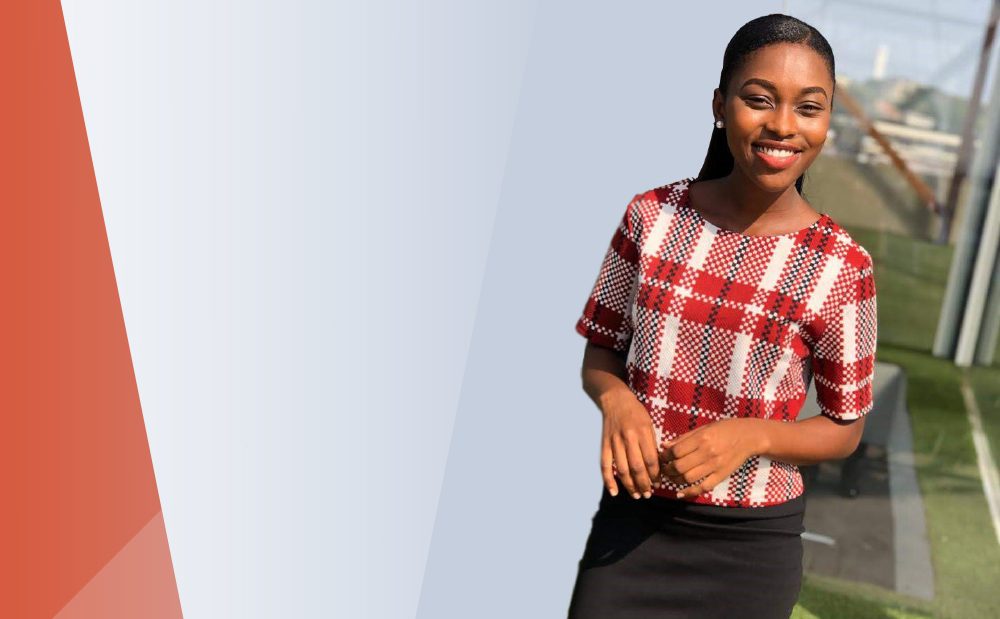 My desire to be a journalist had been from childhood. My mom said I used to collect stones and read the newspaper to them as though I was a broadcast journalist. I just went for it!

I really love mentorship. I freely and openly give it to whoever asks for it. I feel if I had had a mentor earlier in my life I wouldn’t have faced such challenges.

At Citi FM and TV, Bervelyn is a co-producer of the station’s flagship evening news program, Eyewitness News. She also co-produces the satirical news show, BackPage. This is in addition to other roles in reporting and features production at the station. It’s not so easy for anyone to get the chance to chase their dream and have their dream come to life. I’m thankful to be one of them.

After filing a television report on the Oncology Department of the Korle-Bu Teaching Hospital, which focused on childhood cancers and the high cost of treatment for daily chemotherapy, Bervelyn mobilized former Mastercard Foundation Scholars at CAMFED Ghana to support affected families. In October 2019 the young women made a donation of GHC 10,000 to the Oncology Department to support the cost of treatment of some of the patients. On receiving the donation, the consultant in charge of the department, Professor Awo Renner, said: “I am really overwhelmed by the magnitude of what you have done. It is actually going to give life to several children and came just in time.”

When girls are home but their parents have to work, they need guidance to ensure they do not make certain mistakes, leave their studies behind, and cannot reintegrate back into school. We really need to look out for our girls.

As a member of the CAMFED Association, a network of young women leaders active across five countries in sub-Saharan Africa, Bervelyn and her peers are well-placed to mobilize communities to protect and support girls and women, during and beyond this crisis. She served as the Association’s elected National Secretary from 2017 to 2020 and stays actively involved with this group as well as with the Scholars’ alumni community.