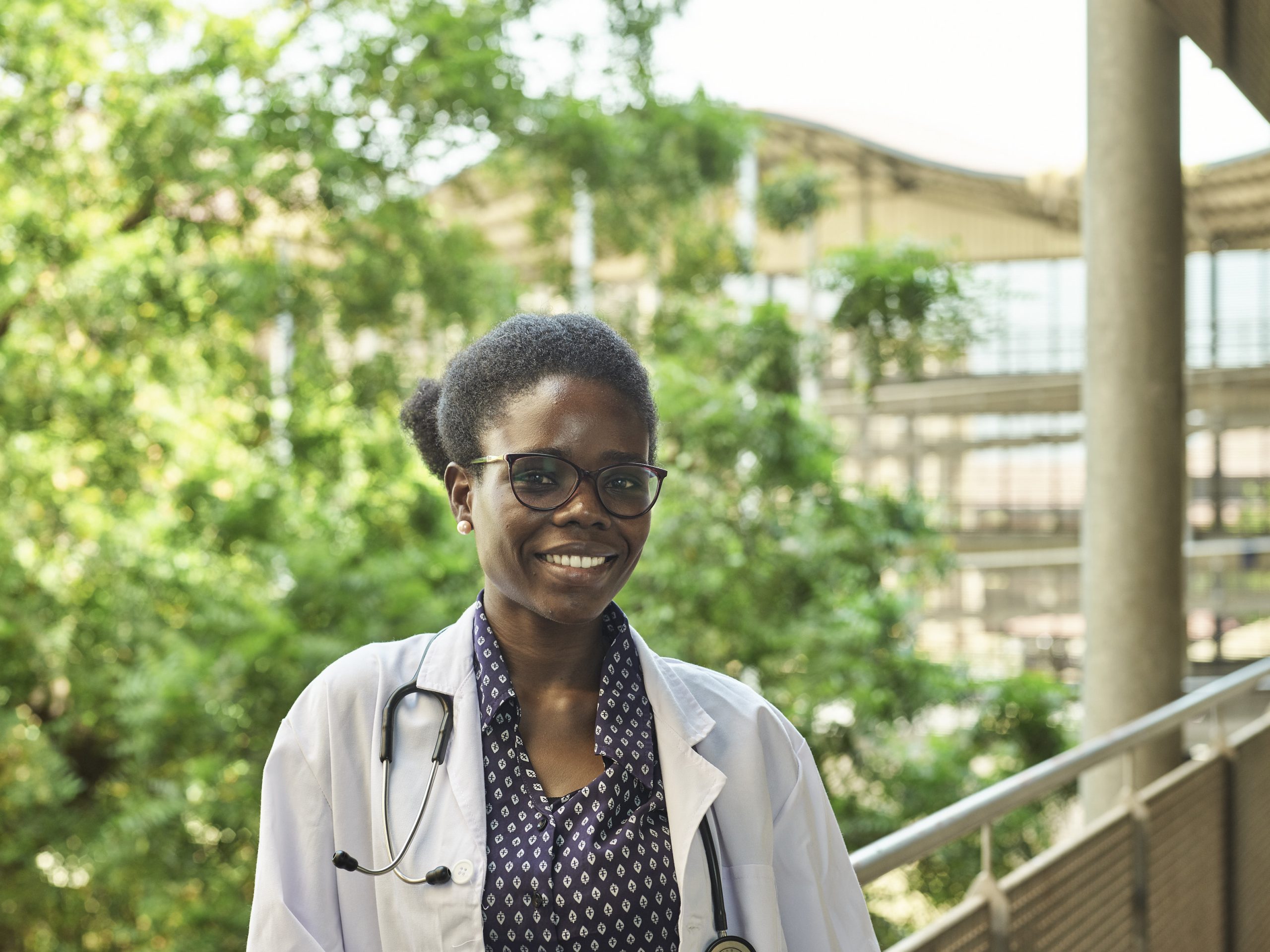 I come from a family of five – a mother, father, sister and brother. We live in the Eastern Region of Ghana.

My father was employed by a poultry producing company in the Greater Accra Region but lost his job. Life became unbearable. We had to rely on my mother’s work patching clothes and going out to do laundry for other people to make some money for the family. Anytime she left for work, I would have the responsibility of taking care of my siblings and keeping the house.

My father then got a job as a farmer on a palm oil plantation and my mother works on the plantation too. These are dangerous jobs, especially for my father, who has to go through the bushes with animals like snakes. I was scared for the safety of my dad. My mum mostly had swollen fingers from being pricked by thorny fruits while collecting them.

It was difficult to study because I used to go to school on an empty stomach and would not eat until supper time. But my mother always encouraged me to learn hard so that I do not end up suffering like her. I used to learn in the middle of the night because we lived in a single room and it was noisy all the time. My night routine was to sleep early by 7pm, wake up at 2am, study till morning and then get ready for school.

I nearly made a perfect score on my Basic Education Certificate and I was selected to go to one of the best senior high schools in the country.

My father had to pay my fees in instalments as and when he received his salary. It was intimidating to have other kids get the best from their parents. They would be visited in flashy cars and would have the best drinks while I survived on biscuits and gari (a staple food made from cassava flour). My only comfort was that I would compete with them on the same level irrespective.

When I completed secondary school, again with nearly perfect exam scores, I knew there was no way I could go to university because of the fees. I saw just a great impossibility. This was what started my fear. My father encouraged me to stay on track. When the results came, I looked for support and was referred to the CAMFED Tamale Office who advised me on the application process. I had my test and interviews and was asked to wait for a call.

I was called and told I had been accepted as a Mastercard Foundation Scholar at CAMFED Ghana. My father accompanied me to the Tamale Office for my check and I reported to school. It would have been difficult or impossible if I had not received this support, because my younger siblings are still totally dependent on my parents. My mum and dad were very proud of me.

From then, I knew I was going to be a doctor, the first female doctor from my district! 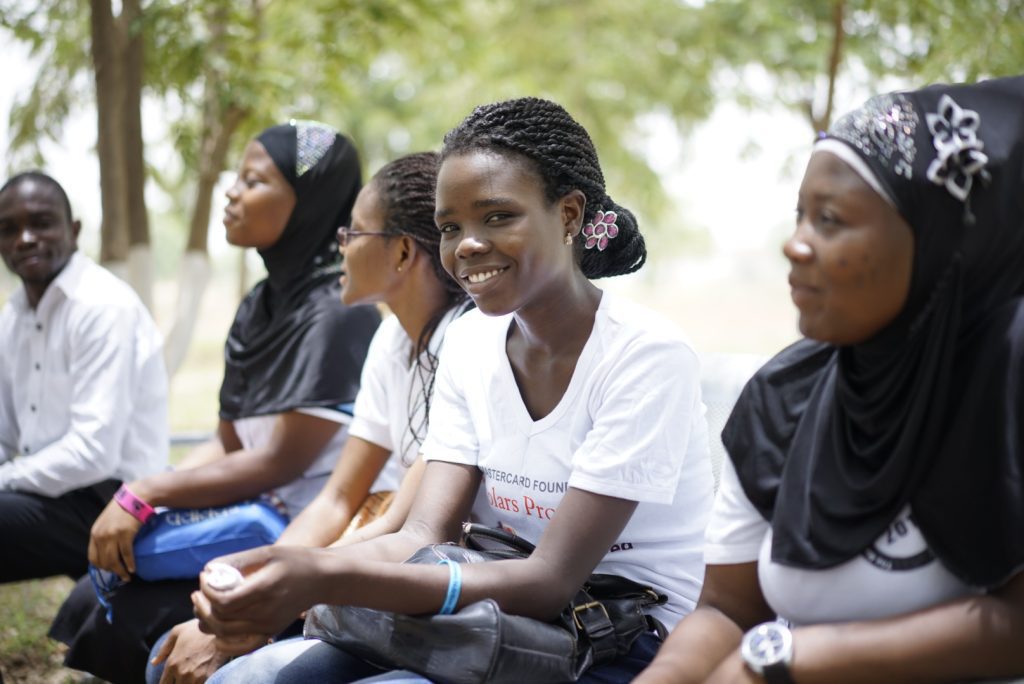 Bertha pictured with other students during her time at the University of Development Studies.

I always wanted to help people who can’t help themselves. I chose the right field, even though there are lots of challenges. I didn’t know any doctors growing up. When I first came to Tamale Teaching Hospital to train, I asked a doctor what he had been reading because I thought I should read it too. (One of them was Blink by Malcolm Gladwell.) He was a good doctor, someone who patients loved. I asked him to be my mentor.

I make it a point to stand out in everything I do – that’s my brand. I don’t have issues with who I am.

The first time we did a pathology session in the morgue, I asked myself, “Am I sure I really want to do this?” I kept smelling the formalin. But when you talk to the patients, that’s when you know. I spoke to the mother of a child with sickle cell anemia. I was able to calm her down. That moment was when I knew what I wanted to do. I hope to be a pediatrician someday.

It’s all because of CAMFED. My confidence comes from the CAMFED Association experience. Before I joined, I was very timid. Other CAMFED Association members taught me how to be confident. At the Changemakers’ Congress (an event for Mastercard Foundation Scholars to support us to build our aspirations, skills, and network) we learnt how you should carry yourself. These are skills that we don’t learn in school. I carry this through to my clinical work. 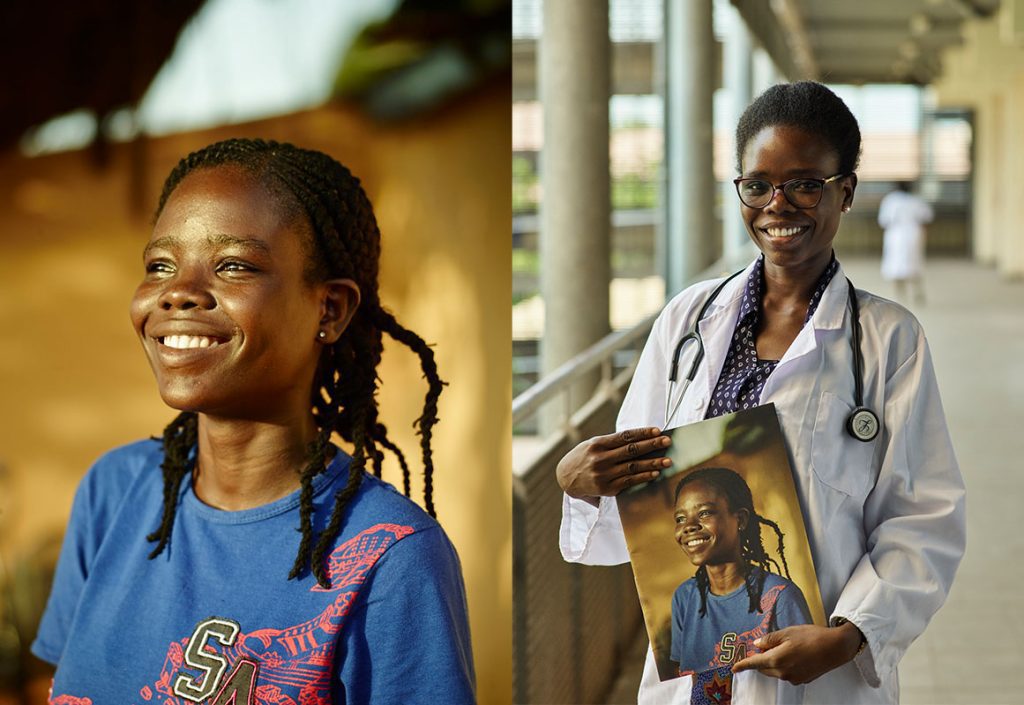 Bertha, on the left in 2014, and on the right in 2019, holding the earlier picture of herself. (Photos: Mark Read/CAMFED)

Traditional medicine is a challenge across Africa. It isn’t easy to tell someone to stop what they’ve been practicing for a very long time.

Some traditional birth attendants do not always use good practice, such as using rubber gloves or sterilizing the equipment. Traditional leaders do have success stories with these medicines. What needs to be said is, “Yes, they can help, but there is a limit.” When my Dad stopped taking his medication, I told him that was dangerous. He saw some light in what I was saying, because he trusts me.

Education helps. I try to educate the patients I see in the hospital. We need education to make the transition from traditional to modern medicine. Most communities are familiar with traditional methods, so they will turn to it first. It’s about letting people know what those medicines can and can’t do. We need to recognize the traditional healers by exploring ways to integrate them in our modern medicine.

As a health practitioner I am able to educate people in my community, especially mothers, on child health and maternal mortality. I seize opportunities to clear myths surrounding family planning methods, and thus help encourage other young mothers to understand the choices open to them. 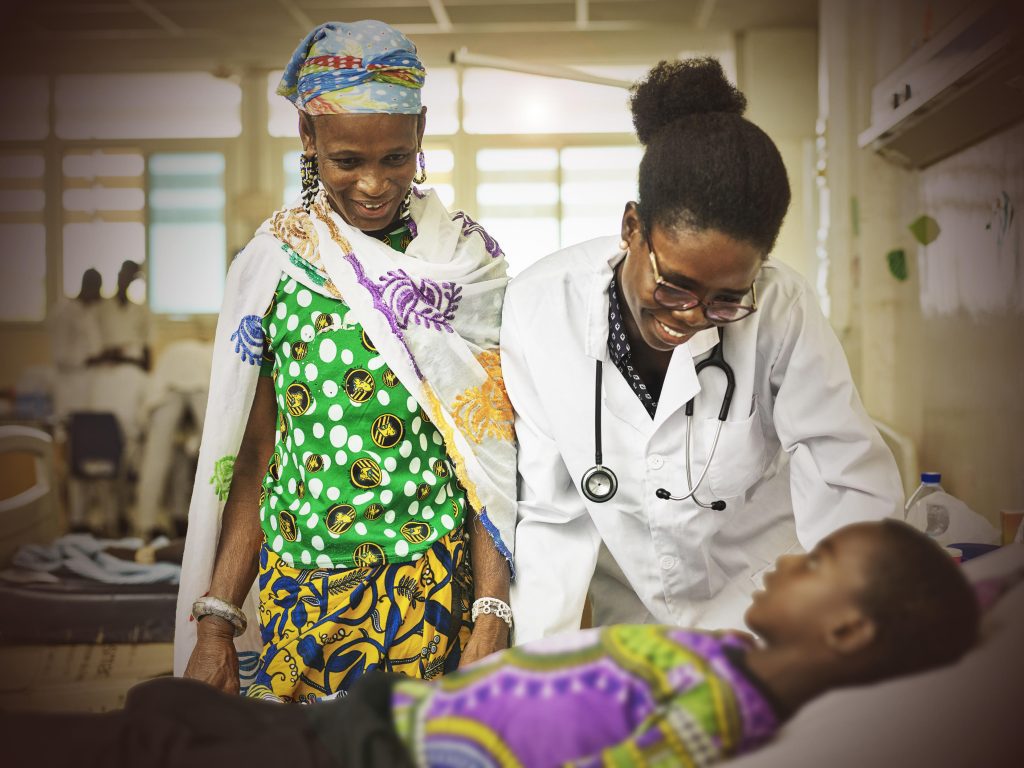 A lot of children in my community say, “I want to be like Bertha”.

The change I can make starts in my immediate environment. I would not be surprised if there is a queue of people to see me when I next go home. The patients I meet don’t just have medical needs, they have emotional, social and spiritual needs. I can be that doctor who attends to patients holistically. I can understand them and become their friend. It’s something that takes time, but it can happen. I want to be that amazing doctor.