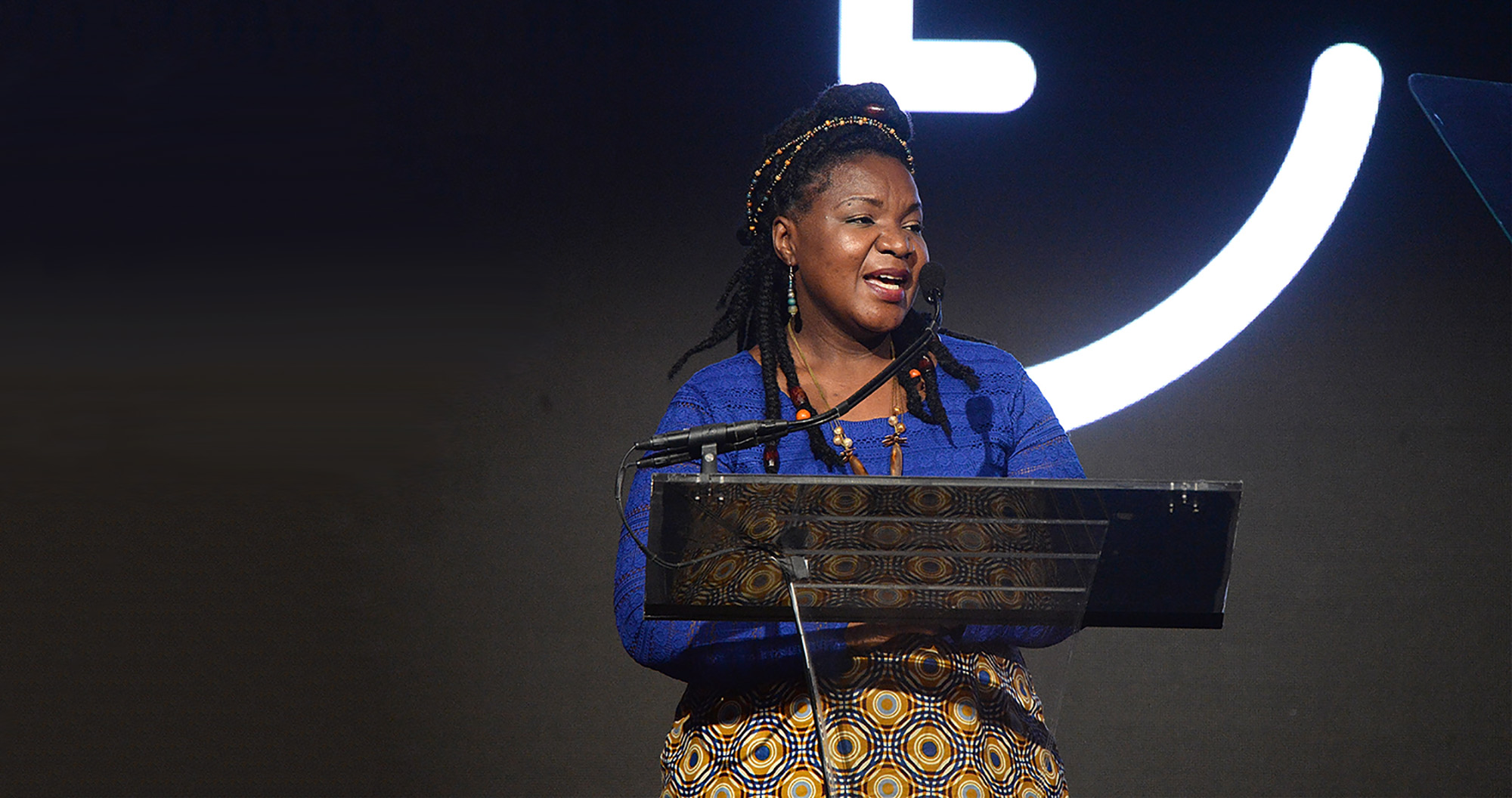 We are so proud to announce that last night, Angeline Murimirwa was presented with the 2017 Diamond Ball Honors Award.

One of the first girls supported by our organization, Angie is also the founding member of CAMFED’s alumnae association (CAMA), and now holds the title of CAMFED Regional Executive Director. The Diamond Ball is the annual gala held by the Clara Lionel Foundation (CLF), founded by award-winning performer, entrepreneur, and philanthropist, Rihanna.

The premiere benefit event of Fashion Week, this year’s Diamond Ball was hosted by Dave Chappelle. Featuring performances by Kendrick Lamar and Calvin Harris and a star-studded guest list, the event drew luminaries and celebrities passionate about education and equality from around the world.

During the event, Angeline received the 2017 Diamond Ball Honors Award, recognizing her past, present and future support of young leaders, entrepreneurship, and civic engagement. The foundation, named after Rihanna’s grandparents Clara and Lionel Braithwaite, is dedicated to supporting and funding groundbreaking and effective education, health and emergency response programs around the world. Its work aims to improve the quality of life for young people everywhere.

Presenting the award was Clara Lionel Foundation Executive Director Justine Lucas, who stated, “When we first met Angie in Malawi this past January, we were blown away, to say the least. Angie is both a brilliant leader with an incredible vision for the future and a warm, wonderful person.” Justine also quoted Former Prime Minister of Australia, Board Chair of the Global Partnership for Education and CAMFED Patron Julia Gillard, who was present at the event: “Angie is a force of nature. Powerful, charismatic, energetic. It is impossible to be with her and not be touched by her passion for change.”

Receiving the award on stage, Angie stated, “I accept this award on behalf of 100,000 CAMFED Alumnae members. Young women who, like me, without CAMFED’s financial support would never have had the chance to go to school. They are my sisters and together we are educating the next generation.” Just this month, the alumnae association (CAMA) that Angeline helped build celebrated its 100,000th member, spanning five countries in sub-Saharan Africa.

The evening also saw the announcement of an exciting new partnership between CAMFED, the Clara Lionel Foundation, and bike sharing platform ofo, to fund scholarships supporting 7,500 girls to go to secondary school in Malawi. This partnership will support students through school and help transition them into employment and a secure young adulthood.

The multiplier effect created by CAMA’s economic activity, philanthropy and activism means that when CAMFED educates one girl, three go on to graduate. When presented with the award, for her ongoing work with CAMFED and CAMA to transform the lives of millions of marginalized girls, Angeline said:

“Allow me to pay special tribute to Clara, Rihanna’s Grandmother, for saying to her, ‘If you got a dollar there is plenty to share’. Rihanna, thank you for listening and acting on those wise words. Just look at you now. Just how far you have come. Just how much you have achieved, are achieving, and the trends you continue to set. Just think what more we can do in education… in giving other girls their chance, their miracle, their break. The unstoppable movement we are… just think what we can do,  and what we must do now.”

Angeline looks forward to the growth of CAMA, and to continuing to change the lives of girls and children who need it most.